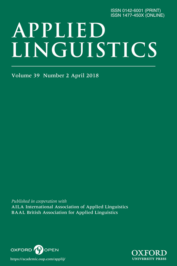 We might expect that people will have trouble understanding one another when they are using a foreign language, but several studies have found that overt misunderstandings are relatively uncommon in such situations. The reason for this is that when people can anticipate that some problems of understanding may occur, they adapt the way they speak. They monitor the level of understanding by, for example, checking that the listener has understood, clarifying words and concepts that may be difficult for the listener to grasp, and creating meaning in collaboration with the listener. Listeners, in turn, indicate promptly if they have not understood what the speaker has said and offer tentative interpretations of what they think the speaker might mean.

But what happens when these people fall in love with each other and start a life together? Contrary to common expectations, many partners who have met each other using mainly non-native English as their common language of communication, their lingua franca, continue with English even after years of living under the same roof. They may mix in other languages (which is in fact a very common practice in multilingual environments), but the main language of communication is often very hard to change once one has become comfortable using a certain language with one’s partner.

People in a monolingual relationship may struggle to understand how someone can have a meaningful love relationship using a foreign language. Lingua franca couples report that even strangers will often wonder why they use a language that is not native to either of them – why doesn’t one of them just use the other’s language? And how can the partners really understand each other? A recent large-scale study revealed that problems related to the difficulty of expressing emotions in cross-cultural love relationships will subside in a matter of months. What, then, are the strategies that these couples develop in the course of time, that help them understand each other?

For this purpose, I asked seven couples to record their everyday interactions over a week, and then used detailed conversation analysis to identify misunderstandings and practices that seemed to prevent understanding-related problems from occurring. The results were very interesting.

Misunderstandings were here defined as different from non-understandings. This means that only those occasions were counted toward the total where a partner’s interpretation of his/her spouse’s earlier turn was either rejected, corrected, or understood by the speaker him-/herself to be wrong, or where it otherwise became obvious in the course of the interaction that this candidate understanding significantly deviated from what the partner had intended.

In the 24 hours of naturally occurring audio recordings, I found only 46 misunderstandings. Most of these seemed to occur due to vagueness. For example, a common misunderstanding was caused by the insufficient framing of the object at hand which resulted in miscommunication revealed as the interaction continued: “Oh, that Maria. I thought you were talking about the other Maria!”

Although in these cases, it is easy to blame the speaker, it is important to remember that these speakers know each other well – they can thus expect to understand each other easier than complete strangers. In fact, Arto Mustajoki, Emeritus Professor of Russian Language and Literature from the University of Helsinki, theorizes that this “common ground fallacy” is a common reason for misunderstandings between any speakers: people expect to share a certain amount of knowledge between them and to be on the same wavelength, and thus fail to contextualize their turns accurately enough.

One of the benefits of such relationships is that the partners have at least three languages to which they can resort: both partners’ native languages and the common language. If words fail in one language, they can be retrieved from other languages, and chances are that the partner will understand at least one of those items. This is also one of the strategies that the participants of the study were found to use in attempting to arrive at a shared understanding. But what happens if the partner still doesn’t understand, or if the speaker can’t retrieve the word in any language? Or perhaps the word doesn’t even exist in the language(s) which they most commonly use.

In these cases, the couples used extra-linguistic means to achieve understanding: They imitated or acted out the target word or action, drew a picture while explaining the issue at hand, used deictic items (e.g., this, that, there, over here – words that commonly require a gesture to go along with) or onomatopoeia to make meaning. Especially interactions that were particularly bound to the physical world, such as cooking and renovation planning, stimulated extra-linguistic means. This happened presumably because explaining intentions in these contexts would require specialized vocabulary which the speakers were unlikely to know. Consider the (simplified) example below, where a Norwegian husband (H) is suggesting to his Mexican wife (W) that they should dust icing sugar on top of a cake:

H: Yeah but we need the-uh, one of these.

In the first line, the husband uses the Norwegian word melis (icing sugar) which has already been introduced earlier in the conversation. Then he gives an example, “shh”, likely embellished with some kind of a gesture of dusting sugar. The wife seems to understand immediately what he means, and agrees that they could put a little bit of icing sugar, but only as a decoration. The husband then states that they need “one of these”, using a deictic item (taken here to mean a sieve). When the wife questions this, he again uses onomatopoeia, “shh-hh shh” in clarifying what he aspires to do with icing sugar. The last three turns confirm that even without the words “icing sugar”, “sieve”, and “dusting”, the two have managed to successfully negotiate the final touches of decorating the cake.

In sum, the article concludes that long-term couples do not struggle with very many misunderstandings. However, the fact that they know each other so well both facilitates understanding but also causes miscommunication because they fall into the “common ground fallacy.” When it comes to meaning-making strategies, the couples demonstrate remarkable creativity and resilience. In addition to the strategies identified in earlier research, they use an array of extra-linguistic means in making themselves understood better. Perhaps this is something we all could learn from these couples.

Dr Kaisa S. Pietikäinen is currently working as Postdoctoral Fellow at the Department of Professional and Intercultural Communication at NHH Norwegian School of Economics. Her research interests include sociolinguistics, conversation analysis, English as a lingua franca, and multilingualism.

Why we should revive dead languages