While tensions continued to boil in the United States with the outbreak of the civil war in 1861 on the horizon, those aiming to assist slaves in securing their freedom often used letter correspondences to plan escape routes and share elated stories of their successes. Such correspondences between abolitionists and members of the Underground Railroad provide contemporary researchers with incredibly detailed accounts of the escapes of fugitive slaves and the challenges facing them before, during, and after reaching freedom. The following letters, dated from 1850-1857, describe the various firsthand accounts of abolitionists William Still, Joseph Bustill and Thomas Garrett and their time with the Underground Railroad, including Still’s reunion with his long lost brother who was raised in slavery and a narrow escape by Garret with a group of fugitive slaves that led directly to Harriet Tubman’s parents’ rescue. Here are some of the correspondences from that time.

Whitney Davis is a Marketing Assistant at Oxford University Press. 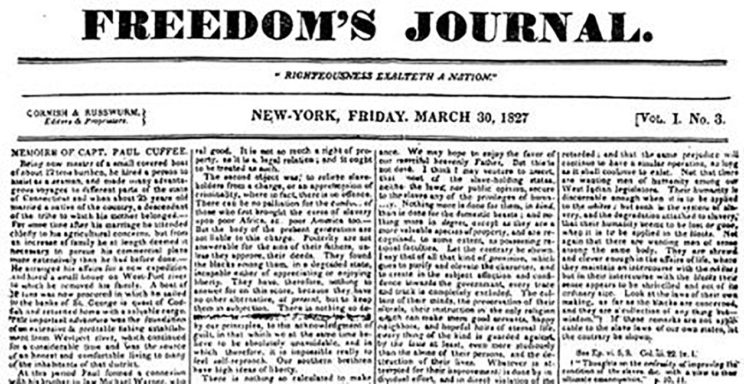 Black Press: The advent of the first African American newspapers