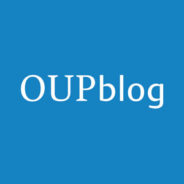 Oxford University Press has won the 2018 R. R. Hawkins Award, which is awarded by the Association of American Publishers to a single book every year to “recognize outstanding scholarly works in all disciplines of the arts and sciences.”  This year’s winner is Kathleen Hall-Jamieson’s Cyberwar:  How Russian Hackers and Trolls Helped Elect a President.

In Cyberwar, Kathleen Hall Jamieson marshals the troll posts, unique polling data, analyses of how the press used hacked content, and a synthesis of half a century of media effects literature to argue that, although not certain, it is probable that the Russians helped elect the 45th president of the United States. In the process, she asks: How extensive was the troll messaging? What characteristics of social media did the Russians exploit? Why did the mainstream press rush the hacked content into the citizenry’s newsfeeds? Was Clinton telling the truth when she alleged that the debate moderators distorted what she said in the leaked speeches? Did the Russian influence extend beyond social media and news to alter the behavior of FBI director James Comey? After detailing the ways in which Russian efforts were abetted by the press, social media, candidates, party leaders, and a polarized public, Cyberwar closes with a warning: the country is ill-prepared to prevent a sequel.

The award is usually given to serious long-term reference projects, which include past Oxford University Press winners such as The Oxford History of Western Music, American National Biography, and the International Encyclopedia of Dance, so the awarding of the prize to a data-intensive single-authored work of social science is both gratifying and exceptional.

Other notable Oxford University Press book mentions for this year’s PROSE awards include:

Down Girl: The Logic of Misogyny by Kate Manne in two categories for Excellence in Humanities and Philosophy

The New Negro: The Life of Alain Locke by Jeffrey Stewart in the Biography category

Cajal’s Neuronal Forest: Science and Art by Javier DeFelipe in Biomedicine and Neuroscience

EuroTragedy by Ashoka Mody in Economics

Cyberwar by Kathleen Hall-Jamieson also won for Excellence in Social Sciences and Government, Policy and Politics