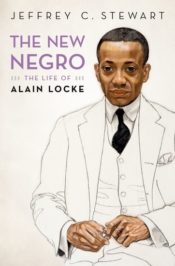 The New Negro: The Life of Alain Locke

February marks the celebration of Black History Month in the United States and Canada, an annual celebration of achievements by Black Americans and a time for recognizing the central role of African Americans in US history.

To help you celebrate Black history this month and throughout the rest of the year, we’ve put together a reading list to get you started.