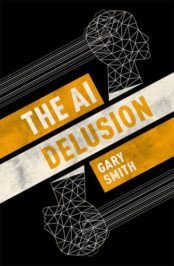 The Democratic Party’s 2008 presidential primary was supposed to be the coronation of Hillary Clinton. She was the most well-known candidate, had the most support from the party establishment, and had, by far, the most financial resources.

The coronation went off script. Barack Obama, a black man with an unhelpful name, won the Democratic nomination and, then, the presidential election against Republican John McCain because the Obama campaign had a lot more going for it than Obama’s eloquence and charisma: Big Data.

Layered on top were weekly telephone surveys of thousands of potential voters that attempted to gauge each person’s likelihood of voting—and voting for Obama. These voter likelihoods were correlated statistically with personal characteristics and extrapolated to other potential voters so that the campaign’s computer software could predict how likely each person in its database was to vote and the probability that the vote would be for Obama.

This data-driven model allowed the campaign to micro-target individuals through e-mails, snail mail, personal visits, and television ads asking for donations and votes. In the crucial month of January 2008, Obama raised $36 million, a record for any politician, and nearly three times the amount raised by Clinton. After Obama secured the nomination, the fund-raising continued. For the full 2008 election campaign, Obama raised $780 million, more than twice the amount raised by his Republican opponent, John McCain. McCain didn’t have a realistic chance of winning, and he didn’t—with only 173 electoral votes to Obama’s 365.

Eight years later, Hillary Clinton made another presidential run, determined to have Big Data on her side.

The Clinton campaign hired 60 mathematicians and statisticians—several from the Obama campaign—to create a software program that was named Ada in honor of a 19th-century female mathematician, Ada, Countess of Lovelace. After Clinton became the first female president, she would reveal Ada to be the secret behind her success. What a great story!

70% of the campaign budget went for television ads, and Ada determined virtually every dollar spent on these ads. The advice of experienced media advisors was neither sought or heeded.

No one really knew exactly how Ada made her decisions, but they did know that she was a powerful computer program analyzing an unimaginable amount of data. So, they trusted her. She was like an omniscient goddess. Don’t ask questions, just listen.

We do know that Ada took blue-collar voters for granted, figuring that they reliably voted Democratic, most recently for Obama, and they would do so again. With blue-collar votes as her unshakeable base, Clinton would coast to victory by persuading minorities and liberal elites to vote for her.

Eight years later, Hillary Clinton made another presidential run, determined to have Big Data on her side. This time, Big Data failed.

Ada is just a computer program and, like all computer programs, has no common sense or wisdom. Any human who had been paying the slightest bit of attention noticed Clinton’s vulnerability against Bernie Sanders, a virtually unknown 74-year-old Socialist senator from Vermont, who was not even a Democrat until he decided to challenge Clinton. A human would have tried to figure out why Sanders was doing so well; Ada didn’t.

When Clinton suffered a shock defeat to Sanders in the Michigan primary, it was obvious to seasoned political experts and campaign workers who were on the ground talking to real voters that Sanders’ populist message had tremendous appeal and that the blue-collar vote could not be taken for granted; Ada didn’t notice.

Ada did not compare the enthusiasm of the large crowds that turned out, first for Sanders, and later for Donald Trump, to the relatively subdued, small crowds that listened to Clinton. There were no enthusiasm numbers for Ada to crunch, so Ada ignored energy and passion, and Clinton’s data-driven campaign did, too. To a computer, if it can’t be measured, it isn’t important.

Most glaringly, the Clinton campaign’s data wonks shut out Bill Clinton, perhaps the best campaigner any of us have ever seen. The centerpiece of his successful 1992 election campaign against the incumbent president, George H. W. Bush, was “It’s the economy, stupid.” Bill instinctively knew what mattered to voters and how to persuade them that he cared.

In the 2016 election, Bill Clinton saw the excitement generated by Bernie Sanders and Donald Trump in their appeal to working-class voters and he counseled that “It’s the economy, stupid” should be the defining issue of Hillary’s campaign—particularly in the Midwestern rust-belt states of Ohio, Pennsylvania, Michigan, and Wisconsin, the so-called Blue Wall, the firewall of reliably blue states that Ada assumed would be the base for Clinton’s victory over Donald Trump.

Ada concluded that voters were more worried about Trump’s unpresidential behavior than they were about jobs, so Hillary focused her campaign on anti-Trump messages: “Hey, I may not be perfect, but Trump is worse.”

The Clinton campaign almost completely ignored Michigan and Wisconsin, even though her primary-campaign losses to Bernie Sanders in both states should have been a fire-alarm of a wake-up call. Instead, Clinton wasted time and resources campaigning in places like Arizona—states she probably would not win (and did not win)—because Ada decided that Clinton could secure a landslide victory with wins in marginally important states.

In the aftermath, a Democratic pollster said that “It’s nothing short of malpractice that her campaign didn’t look at the Electoral College and put substantial resources in states like Michigan and Wisconsin.”

After Trump’s victory, Bill pointed his middle finger at the data wonks who put all their faith in a computer program and ignored the millions of working-class voters who had either lost their jobs or feared they might lose their jobs. In one phone call with Hillary, Bill reportedly got so angry that he threw his phone out the window of his Arkansas penthouse.

Big Data is not a panacea—particularly when Big Data is hidden inside a computer and humans who know a lot about the real world do not know what the computer is doing with all that data.

Computers can do some things really, really well. We are empowered and enriched by them every single day of our lives. However, Hillary Clinton is not the only one who has been overawed by Big Data, and she will surely not be the last.

Gary Smith is the Fletcher Jones Professor of Economics at Pomona College. He received his Ph.D. in Economics from Yale University and was an Assistant Professor there for seven years. He has won two teaching awards and written (or co-authored) more than 80 academic papers and 12 books including Standard Deviations: Flawed Assumptions, Tortured Data, and Other Ways to Lie With Statistics, What the Luck? The Surprising Role of Chance in Our Everyday Lives, and Money Machine: The Surprisingly Simple Power of Value Investing. His research has been featured by Bloomberg Radio Network, CNBC, The Brian Lehrer Show, Forbes, The New York Times, Wall Street Journal, Motley Fool, Newsweek, and BusinessWeek. Smith is the author of The AI Delusion,  a new release from Oxford University Press.