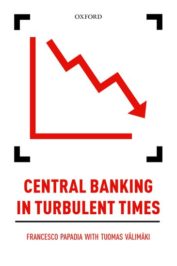 The global financial crisis, which started a decade ago and led to the Great Recession, caused profound changes in central bank practices. Extraordinary responsibilities were thrust upon central banks, particularly the European Central Bank and the US Federal Reserve. A key issue now is whether there will be a return to the central bank model which dominated advanced economies for over two decades leading up to the crisis, or whether the changes caused by the crisis have irrevocably altered that model.

The pre-crisis central bank model was well-honed, even elegant. Moreover, the Great Moderation, which prevailed for about two decades between the mid 1980s and the beginning of the crisis, seemed to have validated the model beyond any doubt, as it was considered to have fostered stable growth and stable, low inflation. Nearly a century after the abandonment of the gold standard – a robust, but inefficient, monetary technology to maintain price stability – the conviction prevailed that a central banking model had been finally found to reconcile a fiat currency with effective inflation control. An independent central bank with price stability as its dominant objective was the most important component of that model. More specific components, like the Wicksellian approach to monetary policy, inflation targeting, different variants of the Taylor rule, and the corridor approach to control interest rates, beautifully complemented that model.

However, as the 2008 crisis unfolded – initially in the US and later during the sovereign debt crisis in Europe – disproportionate consequences rippled throughout the financial system. Extensive data analyses illustrate these consequences. In response to the dramatic situation, central banks acted swiftly to avoid the economy spiralling out of control. As a result, several deep changes to the traditional central bank model occurred.

First, financial stability, an area neglected by central banks, hit back with a vengeance during the crisis and the task to achieve and maintain financial stability fell heavily upon central banks shoulders. Second, the need to complement the interest rate tool with the management of the central bank balance sheet, which grew enormously during the crisis, blurred the border between monetary and fiscal policy. Third, the support central banks gave to imprudent financial institutions and, in the euro-area, to imprudent sovereigns risked inducing them to repeat the behaviour which had led them into trouble, in the expectation of being rescued again. Fourth, specifically in the euro-area, the European Central Bank had to step in to salvage the euro from what looked like an existential threat. Fifth, the European Central Bank participated, together with the EU Commission and the IMF, in the so called troika, which imposed intrusive economic policy measures on the countries in the periphery of the euro-area that had to resort to external help during the crisis. The undesired consequence was that the European Central Bank had to move well beyond its original sphere of responsibility and competence, namely monetary policy. Finally, both the US Federal Reserve and the European Central Bank had to more fully incorporate into their decisions the global spillovers of their actions, which inevitably changed the equilibrium conditions throughout the global financial and economic system.

The question now is whether these hits have jeopardized the central banking model that prevailed before the Great Recession. Utmost caution is required before answering positively to this question, lest the progress achieved in reaching price stability is lost.

The first approach is undesirable; the model of dependent central banks was tested for decades and failed: where it prevailed the systematic consequence was price instability.

The second approach is desirable; however, it would be imprudent to assume that it could be implemented, because there is no assurance that all the challenges to the pre-crisis central bank model that appeared during the Great Recession will simply fade away. Three issues in particular are likely to persist: (1) financial stability will continue to vie with price stability as the dominant objective of central banks, (2) the risk of confusion between monetary and fiscal policy could persist, and (3) the potential moral hazard that bank and sovereign rescues can cause could still affect equilibrium conditions.

A more fruitful direction is to find adaptations of the pre-crisis central bank model that would obviate the problems that emerged during the crisis without radically altering that model. These adaptations are mostly to be found in the governance structure of central banks. Specifically whenever the financial stability objective would conflict with the price stability objective, the central bank, acting as an agent of collectivity, should receive instructions, say from Parliament, on whether to prioritize one objective or the other.

Still in the governance area, special majorities could be required when the central bank seeks to use its balance sheet to complement the interest rate tool. As regards moral hazard, central banks should leave enough of the negative consequences of their imprudent actions on financial institutions or sovereigns to avoid a repeat of this kind of behaviour in the future.

Francesco Papadia has nearly 40 years of central banking experience. Beginning with the founding of the European Central Bank (ECB) in 1998, he served as the Director General for Market Operations until 2012. Prior to that, he held various positions at the Banca d'Italia and was Economic Advisor at the EU Commission. Currently he is Chairman of the Board of the Prime Collateralised Securities, Chair of the Selection Panel of the Hellenic Financial Stability Fund, Senior Resident Fellow at the Bruegel Institute, and a university lecturer. He is the author of Central Banking in Turbulent Times.

How nations finance themselves matters