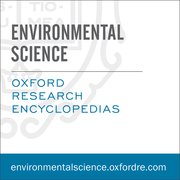 Substantive, peer-reviewed, and regularly updated, the Oxford Research Encyclopedia of Environmental Science combines the speed and flexibility of digital with the rigorous standards of academic publishing.

Since the 1950s there has been dramatic increase in threats to the world’s plants and wildlife. Scientists around the world agree that we are in the midst of the sixth mass extinction. In response, numerous laws have been enacted—like the US Endangered Species Act of 1973—in order to halt or slow down this rate of extinction. Scientists and conservationists have teamed up and developed new methods in the field of conservation biology to combat this issue.

But what are these methods? How do they work? Below, we explore these questions and consider the paths ahead.

In the 20th century in North America, there were significant amounts of forest regeneration due to the abandonment of marginal farm land and monumental legal strides made by the environmental movements of the 1960s and 70s. Even though there now exists legal protection for threatened species and their habitats, we are still experiencing what is considered to be the greatest mass extinction of species since the extinction of dinosaurs 65 million years ago.

Despite the progress made by conservation initiatives, scientists report that most recovering species have not yet reached the level that would ensure self-sustaining populations. Reports show that the population sizes of vertebrate species have dropped by almost 60% in little more than 40 years, and are likely to reach 67% by the end of the decade. Effective action must be taken before it’s too late.

What is the cause?

While it is common to think that the current extinction crisis began in the Age of Discovery, it in fact started ca. 13,000 BP. And despite not being able to pinpoint one exact cause, current research has focused on two predominant sources: climate change and human endeavors. One of the hypotheses currently being tested is known as the Anthropocene, the notion that humans have significantly impacted the environment. It is hardly contested, though, that human inventions, such as aerosol, have affected the Earth’s climate.

What can be done

Since World War II, steps have been taken to pass significant laws in order to change our course. Zoos—once thought of as menageries of wild animals and entertainment for families—have transformed into programs that focus on conservation breeding. Nevertheless, zoos have limited space. Even if they dedicated half their space to conservation programs, they still would not be able to accommodate more than 800 of the 7,000+ threatened species of vertebrates.

Rewilding has been hailed as the most exciting and promising conservation strategy. Rewilding aims at maintaining or even increasing biodiversity through the restoration of ecological and evolutionary processes using extant keystone species or ecological replacements of extinct keystone species that drive these processes. Whereas traditional restoration typically focuses on the recovery of plants communities, rewilding focuses on animals, particularly large carnivores and large herbivores. Moreover, restoration tries to return an ecosystem back to some previous condition, rewilding is forward-looking: rewilders learn from the past how to activate and maintain the natural processes that are crucial for biodiversity conservation. Rewilding implements a variety of techniques to re-establish these natural processes.

Besides the familiar method of reintroducing animals in areas where populations have decreased dramatically or even gone extinct, rewilders also employ some more controversial methods. Back breeding aims at restoring wild traits in domesticated species. Taxon substitution replaces extinct species by closely related species with similar roles within an ecosystem. De-extinction attempts to bring extinct species back to life again using advanced biotechnological technologies such as cloning and gene editing.

There is not a universal consensus on what the best method for rewilding is. Although rewilding has good intentions, there are economic, ecological, and even ethical concerns. The acquisition of land, the translocation and monitoring of animals, and the fencing of large areas will require considerable financial resources. It is feared that, given these high costs, in combination with the comparatively high salaries of North American managers and scientists, attention and funding will be diverted from more traditional conservation strategies in Asia and Africa. Some methods, such as the de-extinction project and taxon substitution, have raised many ethical questions. What happens if these new species wreak havoc on our environment? Shouldn’t we be spending our resources on extant endangered species?

As ambitious as the scope of the project is, rewilding represents a positive shift in conservation strategy. Rather than passively protecting and conserving existing nature reserves, it aims at creating new, rich landscapes that support wildlife.

Stephen Mann is a Marketing Coordinator at Oxford University Press. Information from this post came from the Oxford Research Encyclopedia of Environmental Science.

Science and spectacle: exposing climate change through the arts

What you need to know about plastic pollution