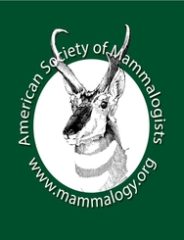 Journal of Mammalogy and Mammalian Species are be pleased to once again participate in March Mammal Madness, a yearly tournament featuring simulated competitions between various species of animals.

March is a notable month for basketball enthusiasts across the United States, as college teams face off and are narrowed down to one final champion. But for those of us who aren’t as inclined to get in on the sporting excitement, there is an alternative: March Mammal Madness (MMM).

MMM was started in 2013 by Dr. Katie Hinde, Associate Professor at Arizona State University. Dr. Hinde, who studies the influence of mammal milk on infant development, had stumbled upon an “Animal Madness” bracket from a popular website, but was disappointed that it was based on “cuteness” rather than scientific research. It also contained only 16 competitors. Deciding there should be an alternative, Dr. Hinde enlisted three colleagues to help her create “March Mammal Madness”, a virtual competition between a whopping 64 different species.

The bracket for MMM is modeled after the NCAA Championship bracket, and participants fill it out based on which animal they think would win a real face-off based on scientific evidence. The species engage in a virtual “battle”, which is narrated on Twitter and is backed by scientific research. The winning species is based on fact and a bit of chance.

While this fun competition serves a variety of audiences, its most prominent venue has been classrooms across America. Educators can request early-access to the bracket in order to get ahead on lesson planning. Kids of all ages and abilities enjoy learning about the various species of mammals all month long. Linda Correll of Kettle Run High School in Virginia says “MMM is a wonderful and engaging teaching tool that gets kids excited about biological themes like ecology, evolution, and animal behavior. Students will remember MMM and the lessons they learn from it long after the class is over.”

Lindsey Brant of South Stark Career Academy in Ohio assigns each student in her Small Animal Science and Care program one of the animals in the bracket to research. Students present their findings to the class, who use the information to inform the way that they complete their brackets. Brant has been utilizing MMM in her curriculum since it began six years ago, and says it’s “a unique and engaging way to get kids excited about learning about animals, habitats, and threats to survival. My students get so excited to hear about the match-ups and we have very lively discussions about why we agree or disagree with what happened in the battle.”

Laura Julien of Lancaster High School in Ohio uses the program less formally. “The day after each battle we discuss the particulars and students update their brackets. Students really get into their chosen animal and talk about the features of the animal.”

Todd Ryan of Westborough High School in Massachusetts has played MMM with his students every year for the past three years. “I have a couple of students that have emailed me every year since my class showing me their bracket and asking to see mine! The students are in serious research mode when filling in their brackets and are genuinely disappointed when their chosen champion gets knocked out!” Ryan also incorporates MMM into an art project to help his AP Biology students destress after their Advanced Placement exam.

Non-traditional classrooms implement MMM as well. Kristin Huff of Fort Wayne, IN homeschools her children and this will be her second year using MMM with them. “MMM is the best kind of learning – it naturally combines elements from several disciplines in a fun way. The kids loved it!” Huff uses the program to teach her children not only about biology but also about statistics and probability.

MMM has also been implemented in special education classrooms. Christian Adams of Broomfield Heights Middle School in Colorado says that he supports exceptional students as they navigate the challenges of middle school:

“One common challenge area many students face is their struggle with ‘all or nothing’ thinking. Often when they face a challenge, they struggle with perseverance due to a belief that they’ve already lost. I implement a variety of strategies and lessons to attempt to help them develop critical thinking skills and a sense of ‘incremental loss’ being a reality that can coexist with overall success. MMM serves as an opportunity for our class to practice those skills and strategies in a creative, dynamic, and flat-out fun activity. Each time that MMM results are revealed, I proactively remind students of the steps that they need to take when dealing with a result that they don’t like, and remind them of the opportunities for success still to come. As a teacher, seeing our students connect their learning to a creative and content-connected program like MMM is truly rewarding.”

One of the great things about MMM is that it meets kids right where they are. In a time when social media is ever-present, using Twitter as the platform for this learning experience is a great use of technology in the classroom. Amy Holtschneider of York High School in Virginia says “The scientists [do] a really great job engaging the youth by tapping into their social media networks. They love the use of Twitter for the battle narration, [they] follow it up by watching videos about the animals on YouTube.”

However, you don’t have to be a teacher or student to get involved. Download a bracket and get in on the fun. Make sure you conduct proper research using a collection of resources from the American Society of Mammalogists to inform your bracket-making decisions. Follow along on Twitter each week to see who will become the March Mammal Madness 2018 reigning champion!

Nicole Taylor is a Marketing Coordinator for Oxford University Press.