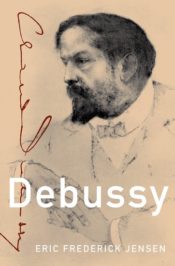 From the start, audiences liked Claude Debussy’s music. Critics, perplexed by its originality, were less enthusiastic. It seemed so non-traditional that they found it difficult to grasp, and a challenge to categorize. That’s what eventually led to the term Impressionism being applied to it. It became an easy way both to classify it and make it seem less unusual.

Prior to linking Debussy to it, Impressionism was solely associated with the visual arts. The first exhibition of Impressionist art had been in 1874, and included works by many of the painters who became representative of it: Claude Monet, Camille Pissarro, Pierre-August Renoir, Alfred Sisley, and Berthe Morisot. The eighth and final exhibition was in 1886. Debussy was only 12 when the Impressionists first made a name for themselves. During the 1890s, when he was beginning his career, many of the Impressionist artists were ending theirs. At the same time there was growing recognition of their work, and broad appreciation of their style. Creating a musical counterpart seemed plausible.

Impressionism started as a revolutionary movement. There was a focus on color and light (and less on line and detail). Bold, forceful brushstrokes were often used to produce a luminosity that resulted in blurred imagery. Subject matter was equally distinctive. There was a concern with modernity. But there was also an interest in subjective interpretation of natural scenes, and in painting out-of-doors.

What connection did critics discover between Impressionist art and Debussy’s music? Basically, it was the similarity of titles. Many of the descriptive titles of Debussy’s Images for piano bring to mind an Impressionist gallery, as do those for the Nocturnes and Estampes (Prints). Writing in 1908, Debussy’s first biographer singled out “Reflets dans l’eau” (“Reflections in the Water,” one of the Images), gave it an imaginary program (“The rippling flow and trickle of a running stream is heard; the cool, translucent effect and gurgle of disturbed water is given”), and labeled it an “impressionist sketch.” There was no real attempt to find specific, stylistic similarities between Debussy’s music and Impressionist art. More often than not, Debussy’s contemporaries labeled his music Impressionistic without explanation, the assumption being that listeners knew only too well why it was.

“Debussy did not like the label. He felt that it cast doubts on his originality. But he admitted a connection of sorts.”

Debussy did not like the label. He felt that it cast doubts on his originality. But he admitted a connection of sorts. Concerning the Images for orchestra he wrote: “I tried to make ‘something else’ of them and to create—in some manner—realities—what imbeciles call ‘impressionism,’ a term as poorly used as possible, especially by art critics . . .” By “realities” Debussy was referring to the approach he also followed in La Mer (The Sea), where he based his music not on an intermediary—like a painting of the sea—but on reality: the sea itself.

Debussy was fascinated by the visual arts and literature, and his music frequently reflected his interests. But only a small portion of his compositions have titles that might seem Impressionistic. Several of his most famous pieces (the Prelude to the Afternoon of a Faun, and the opera, Pelléas et Mélisande, for example) actually owe their origin to another “ism” popular at the time—Symbolism, a movement in many ways the aesthetic opposite of Impressionism. Then there are those works by Debussy with no extra-musical connection at all, like the sonatas of his final years. Here Debussy was concerned with sonority, with extending the types of sound usually associated with musical instruments, with malleability of structure, and with using musical compositions from the past as a point of departure. Yet for all of his compositions—those with a possible link to Impressionism, Symbolism, or no “ism” at all—the elements of his musical style remain essentially the same.

Does it make sense, then, to continue to categorize Debussy as an Impressionist? It may have served as a helpful guidepost 120 years ago, when the novelty and unconventionality of his music seemed puzzling. But when we associate a composer with a particular style—say, Classical, Romantic, or Impressionist—it is expected to provide insight not just for a segment, but for the totality of his or her work. In Debussy’s case, the breadth of his interests—from contemporary art and literature to eighteenth-century French chamber music—was extraordinary. And, since those interests produced an astonishing variety of compositions, pigeon-holing him only limits our understanding and appreciation of his accomplishments.

Eric Frederick Jensen received a doctorate in musicology from the Eastman School of Music. He has written widely in his areas of expertise: German Romanticism, and nineteenth- and early twentieth-century French music. His study of Robert Schumann, also in the Master Musicians Series, is now in its second edition. Jensen is the author of Debussy.