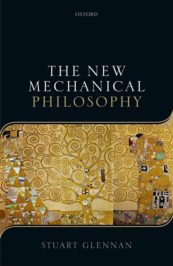 Ludwig Wittgenstein, in his Blue Book, chastised philosophers for what he called “our craving for generality.” Philosophers (including the earlier Wittgenstein of the Tractatus) certainly have exhibited this craving, and despite his admonishment, we continue to do so. Philosophers seek general accounts of the nature of propositions, properties, virtues, mental states–you name it.

Wittgenstein portrays the craving for generality as a kind of philosophical sin, but it is not that. First, it is hardly confined to philosophy–scientists crave generality, as do humans generally. Second, it can’t really be a sin–or at least an unpardonable sin–for without knowing anything general, we cannot succeed in understanding or acting in the world. But sinful or not, the craving can be dangerous, because the world often does not cooperate with our generalizations.

The crux of our predicament is this: nature is heterogeneous and particular, but epistemic and practical needs require us to generalize. To say that nature is particular is just to say that one thing is not like another. Each cell, each bird, each child, each family, each society is different from the next. Even in the physical sciences, anything with any complexity is heterogeneous–no two materials or solutions are just the same. But in spite of this heterogeneity, we must generalize, and often do so with great success. We use randomized controlled trials on one population to predict the effect of an intervention (like a medication) on a different or larger population. We use model organisms from e coli to drosophila to rats to understand our own biology. We use information from one earthquake or volcanic eruption to predict the behavior of the next. But such generalizations have their limits. A treatment that works on one patient does not work as well on the next, and our knowledge of past earthquakes and eruptions are far from sufficient to predict when the next one will happen, and how bad it will be.

Wittgenstein thought that philosophers are drawn to make general claims in part because they wish to emulate “the method of science,” which he took to involve “reducing the explanation of natural phenomena to the smallest possible number of primitive natural laws.” Wittgenstein’s vision of science is in the spirit of logical empiricism and the unity of science movement–conceptions of science that dominated philosophical thinking for much of the twentieth century.

Reflection on the practices of the sciences suggest a different picture. First, most scientists are concerned chiefly not with finding laws, but with understanding mechanisms. Consider Mendel’s so-called laws. These are generalizations that hold broadly, but are subject to many breakdowns and exceptions. To understand why and when they hold, one must understand the cellular and molecular mechanisms that underlie gene transmission. Second, and related, scientists are chiefly concerned with the development of models rather than theories. On the logical empiricist conception, theories were understood to be, ideally at least, collections of general laws that truly hold of the domains they describe. Models, on the other hand, are tools scientists use to represent–in partial, abstract and idealized ways–natural phenomena and the mechanisms responsible for them. They offer generality, but of limited scope.

Wittgenstein’s worries about the craving for generality are in some ways reminiscent of Hume’s worries about the principle of induction. Hume argued that inductive inferences are grounded in our unwarranted commitment to a principle of the uniformity of nature. We use past experience to make predictions about future experience, but this can only work if the future is like the past, and we cannot, on pain of circularity, establish by induction that the future is like the past. Nonetheless we persist with our inductions. It is just habit.

The problem with Hume’s way of putting it is that it suggests that in the past nature has always been uniform; we know it has not. The real question is not whether the future will be like the past, but when it will be. On the mechanistic view of generalizations, we get some account of when we can expect the future to be like the past: generalizations about future or unseen phenomena will hold when the mechanisms responsible for those phenomena are similar enough to responsible mechanisms past, and when the conditions that allow for their functioning obtain. Once, for instance, we know how the cytological mechanisms work, we will understand when generalizations like Mendel’s laws will work, and when they will fail.

The Humean puzzle may ultimately be unsolvable, but reflections on when and why generalizations hold and when and why they fail, suggest a more scientifically interesting and empirically tractable version of the Hume’s problem. So, rather than chastising philosophers or scientists for their craving for generality, we should look for an account of nature and of science that make sense of how they manage to satisfy it.

Stuart Glennan is the Harry T. Ice Professor of Philosophy at Butler University, and Associate Dean of the College of Liberal Arts and Sciences. Glennan's research has centered on topics in the philosophy of science - especially causation, explanation, modelling and the concept of mechanism. He has also written on science education and on the relation between science and religion. Glennan is the author of The New Mechanical Philosophy.