Not too long ago, one of our constant correspondents proposed the etymology of Greek koupí “oar.” I do not know the origin of that word and will probably never know. Koupí did not show up in my most detailed dictionary of Classical Greek, and I suspect that we are dealing with a relative late coinage. By way of compensation, I decided to write something about the origin of Engl. oar and about some other words connected with it.

Obviously, only such people needed oars as traveled in boats (a trivial statement but a necessary one in dealing with technical terms). The rest is less clear. Oar is an English-Scandinavian word. Old English had ār, and its Old Icelandic cognate was ár (both ā and á designate long vowels, as in Modern Engl. ah). Speakers of Continental West Germanic—Old High German, Old Saxon, and Middle Dutch—called this object differently (we’ll soon see how differently), and the Gothic for “oar” has not been recorded. From Gothic we have only parts of the New Testament, and our exposure to that language is of necessity limited.

From time to time, when some Old English word with ā turns up in my posts, I note that its only source could be the diphthong ai. (Avoid the common pronunciation dip-thong. For some reason, diphthong and diphtheria are often pronounced with dip-.) Consequently, once upon a time oar sounded as air– , that is, approximately ah-ee-r. From my teaching experience I know that beginning students, when they are exposed to the tricks of historical phonetics, treat them as exercises in etymological legerdemain. But it is instructive to observe how often the existence (or rather the reality) of reconstructed forms can be confirmed.

Words pertaining to material culture are easy to borrow. The history of navigation gives numerous examples of the names of boats, ships, sails, and the rest migrating from one seafaring nation to another. That is why English is so full of Dutch and Norse words pertaining to vessels and their parts. There must have been something attractive in the construction of the North Sea oar. Unfortunately, we cannot state with certainty what object was called air-: perhaps a paddle, perhaps a rudder, perhaps some other type of steering gear. In any case, the object and the word made their way into Finnish (in exactly the form in which it has been reconstructed for Germanic: airo) and Latvian (airis); the Lithuanian word is also similar and also goes back to Germanic. The Celts and the Slavs have nothing similar. 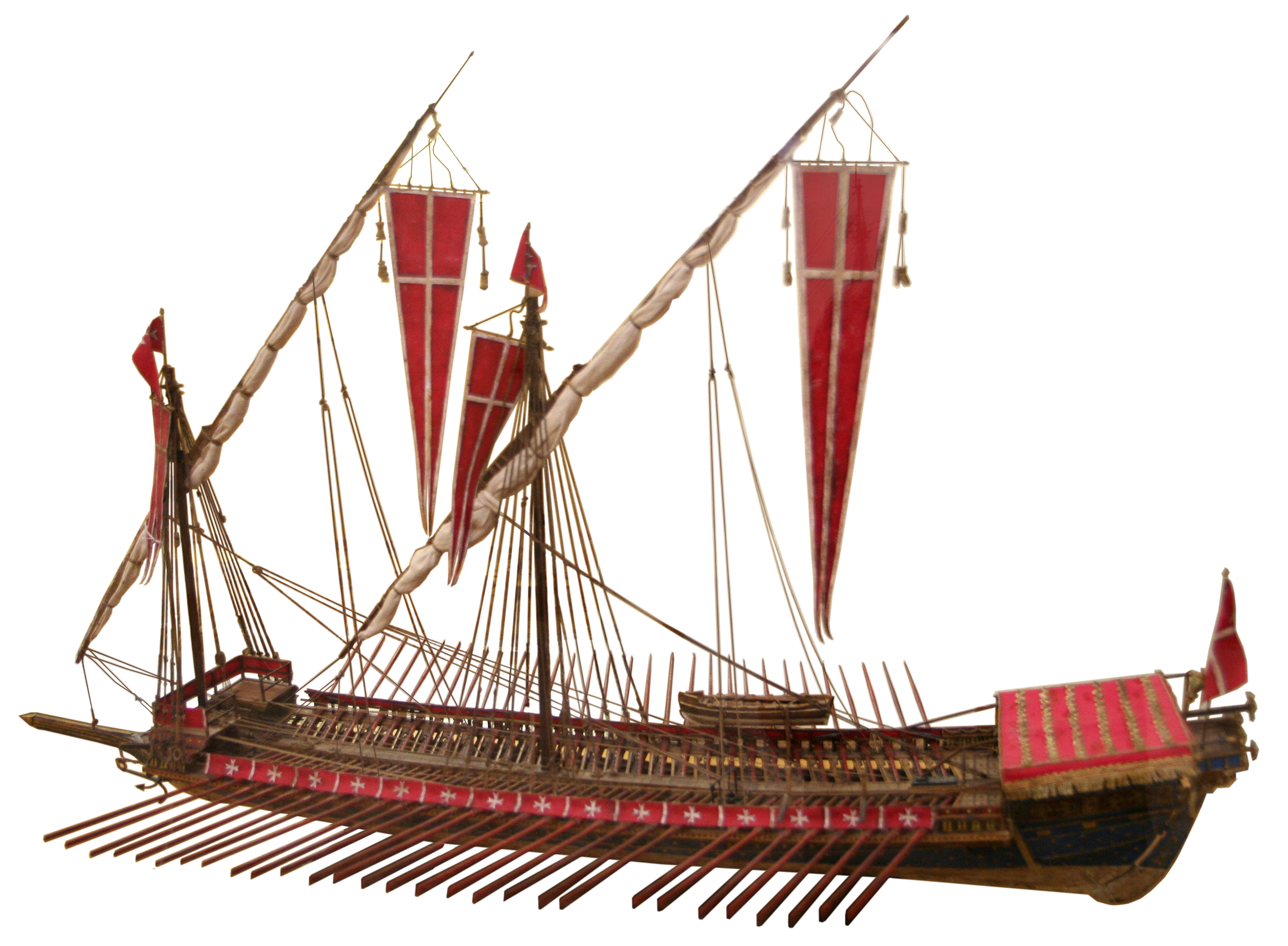 We cannot decide whether the borrowing was from English or Scandinavian. The second variant is considerably more probable. Perhaps a note on what linguists call relative chronology won’t be out of place here. The attested Germanic forms have long a, while the Finnish and the Latvian words have ai. It follows that the word was borrowed before the North Sea Germanic diphthong ai was contracted (“smoothed”) into a long monophthong. In very many cases, relative chronology is more important than exact dates. So let us confine ourselves to saying that the borrowing (naturally, it did not have to happen at the same time in Finnish and Baltic) happened when the medieval Scandinavians still had the diphthong ai in their language, which means more than 1,300 years ago.

Oars, if they look like paddles, exist for rowing. A look at various words referring to a boat moving through water—oar, row, rudder, Latin remus “oar,” Greek eretmós “oar” (and erétēs “rower”)—shows that all of them have r. Is it a coincidence?  An ingenious attempt has been made to reconstruct a form like rairō for oar and to account for the disappearance of the first r by dissimilation (that is, since two r’s allegedly stood in close proximity, the first was lost). Since this hypothesis is self-serving, it has no value.

By contrast, row and rudder are indeed related. The Old English for row was rōwan, with cognates elsewhere in West Germanic. Dutch still has roeijen, but High German lost this verb (the Standard form is rudern; rojen is Low German). Old Icelandic róa shows that the verb existed all over the Germanic-speaking world, though again we have no evidence of the Gothic cognate (assuming that it existed). The old forms for rudder have also been attested: Old Engl. rōþer ~ rōðer (here, both Old English letters had the value of th in Modern Engl. this), Old High German ruodar, and so forth.

The word’s root is rō-, and the second syllable (traceable to þra) is a so-called instrumental suffix: rudder meant “an implement with which to row” or rather “with which to steer.” It will be remembered that the word starboard goes back to stēorbord “steer-board.” “The etymological sense refers to the early mode of steering by means of a paddle worked over the right side of the vessel” (The Oxford Dictionary of English Etymology). The same suffix can be seen in the word ladder, but the verbal sense of the root is no longer obvious: a ladder was called this because it “leaned,” a “leaned object.” It also had a long vowel in the first syllable (its length is obvious in Modern Engl. lean). In rōðer, the vowel ō became ū (as in the modern word boo) by the Great Vowel Shift, shortened before a “heavy suffix,” after which this short u became the vowel we hear today (as in shut up and elsewhere). For the same reason, the vowel is short in ladder. Fodder is similar (German Futter, Icelandic fóðr), but its old root is food, while the suffix is –er (moral: don’t judge words by appearances). Curiously, Old Icelandic róðr, which corresponds exactly to the West Germanic words, cited above, means not “rudder,” but “rowing.”

As long as we remember that the root of row and rudder was rō-, we will take it for granted that Latin rēmus “oar” is part of this group, because  –mus is another instrumental suffix, so that rē-mus is a formation like Old English rō-ðer (the root is the same, while the suffixes differ). The alternation rō– ~ rē– is due to ablaut, so often mentioned in this blog. Those who know some Romance languages will easily remember Italian remare, French ramer, and Spanish (and Portuguese) remar “to row”: all of them have the reflexes of the root rē-. Finally Greek eretmós “rudder” belongs here, even though ere– represents the grade of ablaut not immediately recognizable from the examples, cited above.

It follows that the words for “rowing” and “rudder” were similar, even if formed differently, over a huge part of the territory of Indo-European (the relevant words in Baltic and Sanskrit share the same root), while oar seems to be limited to the North Sea.  Numerous attempts have been made to connect oar (from airō-) with Greek eretmós, but the phonetic correspondence is bad, and today hardly anyone supports this connection. Our great teacher Walter W. Skeat once believed in it but later gave it up. As a consolation prize we have the word trireme “an ancient galley with three banks of oars” and rowlock, produced by folk etymology or analogy from oarlock (Old Engl. ārloc). Quite naturally, people did not want to disassociate oar and row. What if āiro– was indeed once upon a time rāiro? We’ll never find out.

toly Liberman is the author of Word Origins And How We Know Them as well as An Analytic Dictionary of English Etymology: An Introduction. His column on word origins, The Oxford Etymologist, appears on the OUPblog each Wednesday. Send your etymology question to him care of blog@oup.com; he’ll do his best to avoid responding with “origin unknown.” Subscribe to Anatoly Liberman’s weekly etymology articles via email or RSS.