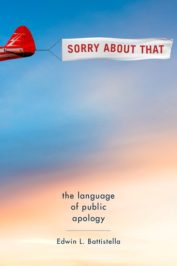 Writing essays is complicated work, and writing the ending to an essay is often the hardest part of that work. Endings are tough for several reasons. You may be tired from writing–or tired of what you have written. You may feel that you have made your point sufficiently and that no more needs to be said or can possibly be said. You may feel like just tying a bow around the essay and calling it good, but doing so is a mistake. The ending is your last chance to make an impression.

And even if you try to write a powerful, substantive ending, there are plenty of ways to go wrong: repeating, equivocating, going off on a tangent, introducing a call to action from out of nowhere, marveling at the mysteries of the universe, tacking on an afterthought, and so on. I know because I’ve made all of these mistakes.

With so many ways to go wrong, planning the ending is too important to leave until the end. Consider the analogy of a road trip. If you are on the highway, you want to know where your exit is, slow down, signal and safely leave the highway. If you are driving too fast, or are in the wrong lane, or if the road is hazardous, you may be in for an accident. So think about the ending all through the essay, perhaps even finding ways to drop foreshadowing clues as you go, so the ending seems natural rather than forced.

Your ending should also match the purpose of the piece of writing. An opinion essay might end by reinforcing a particular course of action and its outcomes; a historical essay might connect the material discussed with what happened later or could happen in the future; satire might end with a wink to the reader; and analytic writing might offer readers a chance to test their thinking abilities. Even a listicle has a natural ending: the last item is often the most complex one–the item that the others in the list prepare the reader for.

Besides matching the purpose of the writing, the ending should be in proportion to the rest of the work—probably between ten to fifteen per cent of the content but no more than twenty and no less than five. Finally, an ending should not be over-signaled with transitional phrases like “In conclusion,” or “to summarize” or even “so….” It should emerge naturally, almost inevitably from your points.

One of the best ways to refine conclusions is to spend notice how some writers you admire handle their endings. Take Sam Anderson’s New York Magazine review of The Anthology of Rap, in which he discusses rap as written poetry. His ending teases us with “And now to the ultimate question…who is the best rap lyricist of all time?” His gives us his shortlist, his reasoning, and his choice and leaves us with the reminder that he is just talking about rap as poetry not rap as performance. The ending reminds us that there are different ways to think about rap.

Or consider Nadja Spiegelman New Yorker essay on two-hundred-year-old Bureau of Found Objects in Paris. She takes us to that quaintly named lost-and-found bureau and shares the experiences of people looking for lost objects. Her ending takes us out the door with them: “As people leave the bureau, the communion of the waiting room fades,” she explains: she–and we–see the relationship between people and objects differently at the end. Our possessions become things waiting to be lost.

One more, from Robin Marantz Henig’s a New York Times magazine piece called Taking Play Seriously, a longer essay with a longer conclusion. Her 7,500-word article on the biology of play begins at a lecture by the president of the National Institute for Play and she asks us to think about what play is good for. The essay goes on to describe the evolutionary and neurobiological bases of play and its benefits. The conclusion, a little over four hundred words (or five percent), returns the reader from the world of science to the every-day, even touching on a new insight from the talk at the National Institute of Play. It re-asks the opening questions as What would be lost if play is a thing of the past?

What the examples from Anderson, Spiegelman, and Henig show me is that a good ending both reinforces and reframes an essay. When we read, we enter into a literary experience with a writer, getting into their thoughts for a time. A good conclusion takes us smoothly out of their thoughts and back to our own with a new perspective and a renewed curiosity.

Featured image credit: The origin and progress of writing, as well hieroglyphic as elementary by Special Collections at Johns Hopkins University. CC-BY-2.0 via Flickr.

The secrets of newspaper names