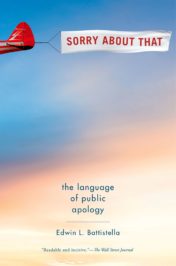 When it comes to punctuation, I’m a lumper rather than a splitter. Some nights I lie awake, pondering the secrets of commas, dashes, parentheses, and more, looking for grand patterns.

“Is something bothering you?” my wife asks.

Others adhere to the “put a comma anywhere you’d pause” idea. The pause approach really doesn’t work (especially if you are prone to dramatic speech). Commas may have once been used to indicate pauses, but today they are keyed to the grammar of sentences.

In my most optimistic moments, I like to think that comma use can be organized according to just two broad themes.

Commas combine. Commas coordinate lists of three or more things in a series, with the last joined by and or a similar conjunction: eggs, cheese, milk, and coffee. They also coordinate sentences when they are joined by a conjunction like for, and, nor, boy, or, yet or so (the famous FANBOYS). They can coordinate a pair of adjectives that could be joined by the word and (the long, boring lecture). They can even signal a coordination of a sentence with a fragment (Everyone loves commas, don’t they? Children love the birthday parties, adults not so much.) If you use a shoehorn and a bit of imagination you can even see commas as combining quoted material with quote tags (Sheila said, “Watch for that car!”)

Commas separate material from a main clause. Within a clause commas set off insertions of material which fall outside of the core subject and predicate. Within a sentence you find commas around parentheticals (like I believe or so it would seem), non-restrictive relative clauses (like Ted, whom I admire very much, is speaking at noon.) and appositives (The avocado, a creamy green fruit, is great in a salad). Commas are also used when an adverb like however or nevertheless, intervenes between the subject and predicate. Such words comment on the clause as a whole rather than on the predicate, so they are set apart.

We can extend the idea to the commas that separate phrases, clauses, names, and interjections at the front of a clause. Such elements are also grammatically or semantically outside of the clause that follows them:

In a few days, someone will be by to fix the problem.

Because I’m obsessed with grammar, I worry about commas.

Alice, I really enjoyed your book.

When adverbs and adverbial clauses and phrases come after the predicate, they often lack commas because they are understood as part of the predicate—as closely connected to the verb. But when a semantic or grammatical contrast is intended, commas are used to signal the distance from the main clause. So we are likely to find a contrast like this:

I worry about commas because I’m obsessed with grammar.

I worry about commas, although I never seem to fully understand them.

In the first, the reason is connected to the worrying; in the second whole clauses are being contrasted. The distinction between connection to the predicate and disconnection can help us to make sense of contrasts like these as well:

I like French food, too. (I as well as other people)

I smelled the roses as I was taking a walk. (while walking)

I smelled the roses, as it had been a hard day.  (on account of)

That’s the idea. Commas combine and commas separate. Now maybe I can get some sleep.

Featured image: “Roses” by slgckgc. CC by 2.0 via Flickr.