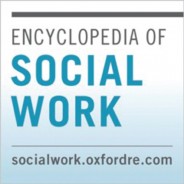 10 October is World Homeless Day. This day is dedicated to increasing awareness of the global issues surrounding homelessness, as well as getting people involved in their community to help meet the needs of homeless people locally. The increased publicity and solidarity of the global platform helps to strengthen grassroots campaigns at the most local level. The problems regarding homelessness are multifaceted, but there has been evidence of some promising interventions, particularly in the realm of social work.
By the numbers:

Mainstream social service system programs such as mental health, substance treatment, and child welfare are currently inadequate to help fully reintegrate homeless people back into society. Research suggests there are particular socioeconomic and mental health factors to target in prevention efforts, and there are some promising interventions that have shown to be effective in addressing homelessness among members of special needs populations.

One promising intervention is the “housing first” model, which is a housing and service approach that places homeless tenants directly into affordable housing without requiring “housing readiness” prior to entry (Substance Abuse and Mental Health Services Administration, 2005). Housing readiness admission criteria in permanent supportive housing typically include mandated sobriety for an extended period of time, compliance with mental health and substance abuse treatment, and demonstration of basic living skills (Caton et al., 2007). Without requiring housing readiness, the housing first approach has shown to be applicable for persons experiencing chronic homelessness, as these individuals often find it difficult to meet the admission criteria of conventional supportive housing programs (Padgett, Gulcur, & Tsemberis, 2006; Tsemberis & Eisenberg, 2000).

1. Educate yourself about the homeless and understand the issues – Stereotypes about homeless people are rampant. It’s important to learn about the many different reasons why people end up homeless, from lost jobs to mental illnesses, to escapes from domestic abuse. Recognize homeless people as individuals in need.

2. Be kind to the homeless people you encounter – Respect them and be courteous to them.

3. Give food to the homeless people you encounter – If you pass someone asking for spare change, offer him or her some food to eat.

5. Donate clothing – Clothing, particularly during colder months, is vitally important for people living on the streets.

6. Donate groceries to soup kitchens and shelters, not just for Thanksgiving – Nonperishable items are always in need at local shelters and soup kitchens.

7. Donate toys – Though many people give to Toys-for-Tots every year, it’s important to remember to donate all year round.

8. Volunteer at soup kitchens and shelters – Help provide the basic necessities to individuals in need, and learn through first-hand experience about the issues of homelessness.

10. Volunteer at a battered women’s shelter – Many of the women who end up in these shelters were involved in abusive relationships. The Centers for Disease Control and Prevention in 2010 found that 35.6% of women in their study had experienced rape, physical violence, or stalking by an intimate partner in their lifetime (Black et al., 2011). Additionally, they found that an estimated 42 million women experienced at least one of these forms of violence in the past 12 months. Women’s shelters provide a place for women when they have no other place to turn, oftentimes because they are afraid of being found by their abusers.

Cassandra Gill is a marketing coordinator at Oxford University Press. Information from this post was sourced from entries of the Encyclopedia of Social Work.