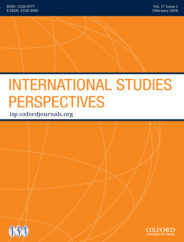 ISP publishes articles on pedagogical analysis, how scholarship might inform policy-making, and trends in the discipline.

When discussions arise about the utility of cyber-attacks in supporting conventional military operations, the conversation often moves quickly to the use of cyber-attacks during Russia’s invasion of Georgia in 2008, the US decision not to use cyber-attacks in the 2003 invasion of Iraq, or Russia’s behavior in cyber-space surrounding the conflict with Ukraine that began in 2014. These, however, may not really be the most useful cases to examine. In these battles a world power faced a vastly weaker foe, and the outcome was never really in doubt as to who would triumph. By comparison, Israel, while militarily stronger than its individual neighbors, may be a far more valuable case to examine to assess how cyber-attacks can help support conventional military forces.

Israel has explicitly stated that it is ready and able to use cyber-weapons, though Israel did not make clear exactly what those weapons are or under what conditions they would be used. Nor has Israel confirmed or denied any particular actions it has taken or would take to decrease the chances of attacks or reprisals by others. Despite this, the evidence strongly suggests that Israel has cyber-weapons and has used them.

One particularly useful example is the Israeli strike on a Syrian nuclear reactor in 2007. (Israel, unsurprisingly, has not confirmed it took this action, but the evidence points to Israel). The Israeli Air Force was able to enter Syrian airspace, bomb the reactor, and leave Syria without ever being detected. A traditional way to accomplish such a mission would be to blind the air defense radars or shut them down, but this alerts guards that there is a problem, which would have likely led Syria to scramble jets, increasing the danger to Israeli pilots. Instead, Israel reportedly used a cyber-attack to trick the air defense system into thinking nothing unusual was happening while the attack was underway, while also ensuring guards were not alerted to the system’s capture. Their screens showed all was well. In doing this, Israel increased the chance its mission would succeed, and its pilots would emerge unharmed. Such a strategy could also be useful during a protracted war, as a means to conduct sneak attacks and ambushes.

Beyond targeting military facilities, cyber-attacks could support traditional military maneuvers by targeting critical infrastructure systems. If transportation systems, such a rail lines or airport control towers, are disabled it becomes more difficult to move soldiers and equipment to where they are needed. Taking down an electrical or communications grid could tilt the battlefield towards the attacker. These types of attacks appear to be ones Israel is pursuing.

Israel can potentially use cyber-attacks to its advantage, as it has the strongest cyber-capabilities in the Middle East.

In a case where two nations are facing each other and their militaries are of similar strength, cyber-attacks may provide one side with an edge. There is debate over the effectiveness of cyber-weapons, but between equally matched states, even a small effect might be enough to turn the course of the war. In fact, if used early on, a successful cyber-attack could signal the opposing state that it would lose in combat, perhaps leading to a negotiated solution or preventing hostilities. (The reverse danger exists in this scenario as the attack could escalate hostilities further.)

Israel can potentially use cyber-attacks to its advantage, as it has the strongest cyber-capabilities in the Middle East. The Stuxnet attack on Iran’s nuclear weapons program, allegedly by Israel and the United States, can be viewed as an attempt to use a cyber-attack in place of conventional military means. There are numerous advantages to using a cyber-attack instead of a conventional one. A cyber-attack can spread to previously unknown facilities linked to the original target. A physical strike would have been highly difficult to pull off and risky to Israeli military personnel. A cyber-attack is easier to deny, decreasing the dangers of a reprisal. This was a unique opportunity to achieve a military goal with minimal risk. How much damage the attack did is uncertain, but it was apparently enough to make Israel feel it did not need to launch a physical attack.

The geography of a nation may impact the importance a cyber-attack can play. In a large country like the US, Russia, China, or even larger European nations, a cyber-attack that has an impact on communications or defense systems for a day or two may be something the military can accommodate. In a geographically small state such as Israel (roughly the size of Wales or New Jersey), and which is also a state that relies on a reservist military, an attack that cripples such systems may be one that the state would struggle to recover from in the face of a full scale invasion.

There is ongoing debate regarding the potential of cyber-attacks to alter the balance of power in conventional military engagements. An examination of Israel’s experience provides useful insights. Israel has successfully used a cyber-attack in support of one military mission, and has used cyber-weapons in place of a military mission. There are dangers that cyber-attacks can pose, but also real opportunities for states willing and able to invest the resources.

Matthew S. Cohen is a PhD Candidate at Northeastern University.  His work examines emerging security threats, with a particular focus on cyber-security issues. He is one of the authors of the article 'Israel and Cyberspace: Unique Threat and Response' in the International Studies Perspectives Journal. He has previously published on cyber-security policy, Israeli security policy, Turkish policy, Turkish–Israeli relations, and Russian foreign policy.