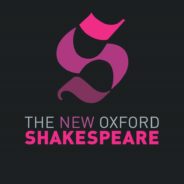 The following is an extract from the General Introduction to the New Oxford Shakespeare, and looks at the way race is presented in Shakespeare’s work.

Just as there were no real women on Shakespeare’s stage, there were no Jews, Africans, Muslims, or Hispanics either. Even Harold Bloom, who praises Shakespeare as ‘the greatest Western poet’ in The Western Canon, and who rages against academic political correctness, regards The Merchant of Venice as antisemitic. In 2014 the satirist Jon Stewart responded to Shakespeare’s ‘stereotypically, grotesquely greedy Jewish money lender’ more bluntly: ‘Fuck you, Shakespeare! Fuck you!’ (The Daily Show, 2014).

Reactions to Shakespeare’s portrayal of black men have been just as visceral. In 1969 the African-American political activist H. Rap Brown recorded that, as early as high school, he ‘saw no sense in reading Shakespeare’. Why? Because ‘After I read Othello, it was obvious that Shakespeare was a racist.’ (Brown, H. Rap, Die, Nigger, Die! A Political Autobiography of Jamil Abdullah Al-Amin).

In 2001, a committee of teachers in an important South African province wanted to ban Shakespeare from schools because he ‘failed to promote the rejection of racism and sexism’. In 2015 a black activist called for ‘the racist William Shakespeare’ to be completely banned from schools in Zimbabwe.

In 2016, undergraduate English majors at Yale University petitioned to eliminate the monopoly of “white male poets” (including Shakespeare) in a compulsory introductory course. Hindu nationalists in India want to ban the teaching of Shakespeare, first imposed on the country by England’s oppressive colonial rule.

Yet against every one of these indictments, Shakespeare’s attorneys can summon a long list of witnesses for the defense.

Do such testimonials prove that Shakespeare was not racist? Do they prove that the original performances of Othello, Titus Andronicus and The Merchant of Venice, by white male actors for white audiences, were a critique of early English prejudices about blacks, Jews, and Spaniards? No. But they do prove that outstanding members of persecuted groups have found Shakespeare useful to their own imaginative and political work, to the creation of their own identities, and to the project of transforming an imperfect world.

Even Shakespeare’s critics, from Greene/Chettle/Nashe to Anne Tyler, connect their own work to his.

Zadie Smith’s best-selling prize-winning novel White Teeth contains a scene in which a student asks her teacher whether the ‘dark lady’ in Shakespeare’s Sonnets is ‘black’. Her teacher answers, ‘She’s not black in the modern sense’–because there weren’t any ‘Afro-Carri-bee-yans in England at that time’; or, if there were, such a ‘black’ woman they would have been ‘a slave of some kind’.

This condescending pedagogical put-down has its intended effect: the student blushes with embarrassment, then retreats into indifference. ‘She had thought, just then, that she had seen something like a reflection,’ as though Shakespeare’s sonnets to and about a black woman might be addressing her own experience, but that apparent connection ‘was receding’.

The teacher here is not a sympathetic character, and she is wrong, historically: we now know that there were ‘black’ people in Tudor England, and especially in London. Most of them were inconspicuous, but none of them were slaves: indeed, in Shakespeare’s lifetime the Protestant English proudly distinguished themselves from the Spanish because, unlike their Catholic rivals, they did not enslave people, and slavery had no legal status or enforcement mechanisms (yet). None of Shakespeare’s indisputably black characters are slaves.

Smith’s own attitude to Shakespeare’s sonnets remains opaque in this scene. What is clear, however, is that the fictional student, involuntarily, and the real author, voluntarily, are engaging with, in some way connected to, Shakespeare. In a 2013 essay on her novel NW, Smith reported that one of her inspirations for that novel was Measure for Measure, and in particular a performance she had seen when she was in school, where Claudio was played by a black actor and his sister Isabella by a white one.

Shakespeare’s most politically incorrect plays–Taming, Othello, Merchant of Venice–have become some of his most popular, in theatres and classrooms, precisely because of the controversies surrounding them. Controversy just generates more interest, more dialogue, more connections.

Gary Taylor is the lead General Editor of The New Oxford Shakespeare. He is Distinguished Research Professor at Florida State University, where he founded the interdisciplinary History of Text Technologies program.