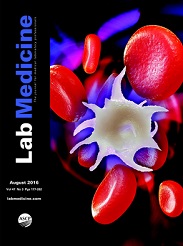 Tailgating is a very popular activity associated with American college football games. Tailgating typically involves food and alcoholic beverages served from the backs of parked vehicles or associated equipment at or near athletic events. At large universities with Division I football programs, the football stadiums may hold upwards of 100,000 fans, sometimes with thousands of additional fans who tailgate but don’t have tickets to the game. Tailgating before football games can be a student ritual and often involves multiple generations within families (some of whom may be alumni). In some university cities, the number of people attending football games exceeds the average population of the entire city. The large crowds associated with football games presents a logistic challenge for stadium personnel, school officials, and law-enforcement even independent of alcohol consumption.

Many studies have demonstrated the relationship between alcohol use and college football games. Other studies have shown that universities that report high levels of binge drinking among the undergraduate population are significantly more likely to allow tailgating before and after sporting events. Discussions on tailgating and alcohol consumption must therefore be viewed within the larger framework of the risks of alcohol use within university populations. A study published in 2009 estimated that approximately 1,800 deaths, 600,000 injuries, and 97,000 sexual assaults occurred annually that were related to excessive alcohol consumption. Since tailgating has been shown to have similar student drinking rates compared to other days associated with high levels of drinking such as Halloween and New Year’s Eve, a number of institutions have investigated and implemented various interventions for limiting excessive alcohol consumption.

In this context, tailgating can be viewed as one situation in which there is higher risk for undergraduates to engage in binge drinking. It is important, however, to keep in mind that there may also be substantial alcohol consumption at football games by fans other than undergraduates, with the male 21-29-year-old demographic identified in multiple studies as also being high risk for binge drinking. A good example of interventions aimed at promoting responsible drinking can be seen with the University of Iowa “Think Before You Drink” initiative launched in 2010 just prior to the beginning of the 2010-2011 football season.

There are a variety of interventions that have been tried to reduce excessive alcohol consumption at football games:

Measuring the success of interventions can be challenging. Common metrics reported in the literature and media include numbers of arrests, other crimes such as damage to property, emergency department visits, surveys of students on drinking behaviors, and volunteer breathalyzer checks. All of these measures have their strengths and limitations. For example, in the case of University of Iowa, the medical center emergency department is located across the street from the football stadium, meaning that most emergency medical care that cannot be addressed within the stadium itself would be directed to that emergency room. This provides the opportunity to examine how interventions aimed at excessive drinking impact emergency department visits at the University of Iowa. In contrast, for football stadiums in larger cities, emergency care may be dispersed between multiple emergency rooms in the local region, potentially making it more difficult to study impacts on excessive drinking.

As mentioned above, one of the more recent trends is the roll out of alcohol sales at NCAA events. It will be interesting to assess how this move affects drinking behaviors at college football stadiums that adopt this policy.

Matthew D. Krasowski, MD, PhD is a Clinical Professor of Pathology at the University of Iowa Hospitals and Clinics. He is Vice Chair of Clinical Pathology and Laboratory Services in the Department of Pathology. He is very involved with education of medical students and pathology residents and is currently co-course director of a pathophysiology course for first year medical students in the University of Iowa Carver College of Medicine. He is the author of “Ethanol Values during College Football Season: University Policy Change and Emergency-Department Blood Ethanol Values from 2006 Through 2014”, recently published in Lab Medicine.