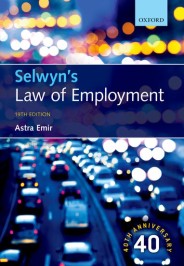 Making its way through parliament at present is the Trade Union Bill 2016, which at the time of writing is at the report stage of the House of Lords. The Bill has been the subject of much debate, both in parliament and the press. This article will consider the likely impact of its main strike provisions, should they come into force. The Bill was put forward by the Government in response to a perceived escalation in the number of strikes in recent years. There is also concern over the effect of the number of working days lost to strikes on the economy and on “hardworking people,” with Business Secretary Sajid Javid  saying that these reforms will stop the “endless” threat of strike action hanging over them. The unions, however, have described the proposals an “exercise in settling old scores” and fear that “it would be very difficult in practice for unions to take legally  protected industrial action.” It has also been suggested that the legislation could lead to “the balance of power in industrial relations significantly shifting in the direction of the employer.”

The Bill proposes a number of measures, such as providing the Certification Officer with new powers, and making changes to the way payments are made into political funds, which the Labour party calculates will substantially reduce its income, but the ones that are most likely to impact upon the number of strikes are: 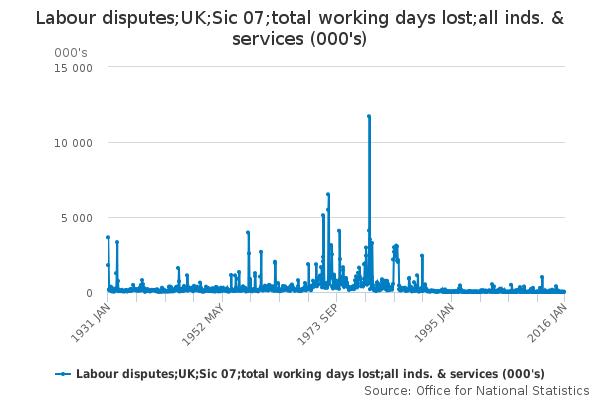 The Government has also consulted whether employers may be allowed to take on agency workers to cover for striking employees, but its decision is still awaited.

While the Government believes that the Bill strikes the balance between people being able to go to work and use essential public services, with that of the unions to take part in legal protest, it has been criticised for a number of reasons.

First, there is concern that it will be very difficult for a union to obtain support for a strike. This concern is exacerbated by the fact that, although requiring a 50% turnout, there is currently no provision for electronic voting, which is hoped would make it easier for members to vote, and thus increase turnout, although at the time of writing there is a proposed amendment providing for a independent review relating to electronic voting.

Second, as the Government intends, a number of strikes that have taken place over recent years will not have the mandate should the disputes arise again. The Government uses in support of its proposals the fact that the NUT strike of 2014 would not have gone ahead if the proposals had been in force, as it was held on the support of 22% of members in a 2012 ballot. BIS estimates a reduction in the overall number of strikes of 65%.

This substantial reduction could lead to legal action by the unions, as they feel it could make strikes in the public sector almost impossible, and argue that it is in breach of the right to freedom of assembly as set out in Article 11 of the ECHR (although it is likely that the provisions would be found to be within the margin of appreciation allowed by the Article). They also argue that it is a breach of the right to organise in Convention 87 of the International Labour Organisation. It is notable that the ILO has also criticised elements of the Government’s proposals in its latest report.

The legislation could, however, increase disputes, and therefore undermine the Government’s stated aim to encourage workplace disputes without the need for industrial action. This unintended consequence is highlighted in a blog by Bruce Carr QC, who conducted an independent inquiry into strike legislation in 2013-14. He warns that unions may use tactics other than strikes, known as leverage, such as protests, lobbying of third parties in the supply line and other forms of direct action involving managers or shareholders.

Carr particularly criticises the time limit, saying that not only does it not allow employers enough time to make contingency arrangements, but that it would also impact upon negotiations, as unions are more likely to use their mandate to strike rather than waste time negotiating and then having to re-ballot, and that employers might prevaricate until the time limit expires, knowing that the union would have to go back to its membership for a further mandate. He uses the current junior doctors’ dispute as an example. There was a 76% turnout and 98% voted in favour of action on 19 November 2015. If the Bill had been in force, the time limit would have expired on 18 March 2016. Carr asks whether it could seriously be said that the 98% voting in favour of the action in November 2015 could not be regarded as a proper mandate for action beyond 18 March?

Although the Government hopes that the Bill will limit the number and effect of strikes, there may therefore be other consequences, both in terms of unions using leverage and the disputes which get through the balloting barriers being escalated, and unions taking legal action against the Act, should it come into force.

Astra Emir was called to the Bar in 1992 and is the author of Selwyn's Law of Employment and co-author (with Stephen Taylor) of Employment Law: An Introduction, both for OUP. She specialises in Employment, Transport and Regulatory Law, among other areas. She is also a visiting lecturer at Exeter University, examiner for OCR and BPP University, and former examiner for CIPD.

COVID-19 and employment law in the UK