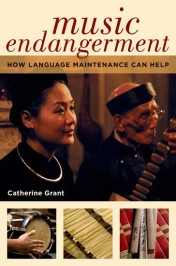 I am recently returned home (Australia) from six months on a music research project in Cambodia. There were, of course, the practical challenges of the type I quite expected. In the monsoonal downpours, getting around in central Phnom Penh meant wading through knee-deep, dead-rat kind of drain-water. In the thatched huts of the provinces, malarial critters droned their way under my net by night. Gastro and heat exhaustion laid me flat.

Some challenges lay deeper. I learnt of the land grabs, abysmal garment factory conditions, one of the highest suicide rates in the world, child sex trafficking, orphanage scams, rampant domestic violence. I witnessed the abject poverty, and the political absurdities. At the Khmer Rouge Tribunal, I listened to a man recount in depth his experience of Pol Pot’s genocidal regime, including the murder of his wife and a dozen other family members.

But over the course of my stay, I came to believe there’s hope for Cambodia despite the challenges – and that the performing arts can play a unique and driving role in social change.

Traditional music in Cambodia was silenced during the years of genocide and civil war. Up to 90% of all musicians and other artists lost their lives, and an estimated half of all traditional genres were lost.

Since at least the mid-1990s, strenuous efforts have been made to revitalise traditional performing arts. With the assistance of non-government organisations like Cambodian Living Arts, there has been significant progress, though much remains to be done. Elderly master-musicians, aware of the urgency of the task, are striving to pass on their skills to the younger generations while they still can.

For their part, those young people with an interest in the intangible cultural heritage of their country are taking up the challenge with fervent commitment.

They understand the importance of their time-honoured cultural traditions for their individual and collective identity. But increasingly, there is also awareness that traditional arts can act as a tool for social change.

Pich Sarath is one case in point. He is a passionate young man spearheading the revitalization of chapei, one of many Cambodian music instruments and traditions nearly annihilated during the genocide. The genre is currently under consideration for inscription on UNESCO’s List of Intangible Cultural Heritage in Need of Urgent Safeguarding.

If Sarath has one eye on ensuring the future of Cambodia’s beautiful endangered cultural heritage, the other is squarely on issues of social justice.

A couple of months ago, Sarath travelled to one of the rural provinces to support villagers in their protests against deforestation, which is stripping their land and their livelihoods bare. Recent demonstrations have only incited the ire of local officials and military police, and put the villagers at risk of harm. “But if we play and sing Chapei about it,” Sarath shook an earnest finger at me, “it’s harder for them to get angry.”

The New Cambodian Artists are another example, an energetic group of female dancers aged 18 to 25 who are exploring Khmer classical music and dance in contemporary ways. In a country where gender disparity and gender-based violence are rife, the group both advocates for, and embodies, female empowerment. By profiling the traditional performing arts in new ways, the boundaries these young women are pushing are not only artistic, but decidedly social and political too.

And then there are the young performers (mostly in their late teens and 20s) of the opera-like tradition “yike”, who present the traditional tale of Mak Therng to local and tourist audiences at the National Museum in Phnom Penh. In the story, Therng is a good-hearted farmer whose beloved wife is abducted by the king’s son. Deciding he must try to reclaim her, Therng daringly takes his grievance to the king.

In a country where corruption is rife and democracy a fluid concept, the work’s themes of power, authority, fairness, and justice are sensitive ones.

In the original version of this old folk tale, the king defends the actions of his son. But in the present-day iteration, director Uy Ladavan chooses to discard the time-honoured ending. In her new version, the king sides with the farmer in his quest for justice.

Artistically, the difference is minor.

Socially, it is momentous: it offers a new vision for Cambodia, a vision wherein the vulnerable and disadvantaged feel able to stand up for their rights, and those with power assume fair responsibility for their actions.

In search of incredible

The raw tragedy of Cambodia seems everywhere. One day I saw it in the frayed rope tying a toddler to a garbage cart, to keep him close as his mother collected empty cans in the searing heat. Another day, it was thick in the air as I passed by the small group of women yet again protesting their land rights, David-and-Goliath-style, outside the Phnom Penh World Bank office.

And on a sultry afternoon, as I cycled through the heat, I saw it writ large on the old torn T-shirt of a young father sitting idle on the steps of his dilapidated rural hut, cigarette dangling, naked children playing in the dirt nearby. “In Search of Incredible”, read the T-shirt slogan. It made me swallow hard.

But that change is afoot.

Youth, the under 30s, make up two-thirds of the Cambodian population. They are socially aware, and curious, and earnest. They recognise that the country’s potential is at least as great as its challenges.

And increasingly, they are exploring socially and culturally relevant, creative, non-confrontational tools like traditional music to drive change.

In spite of all its heartrending challenges, I left Cambodia with the sense that it really is in search of incredible. And the traditional performing arts are proving a formidable tool in that search.

Catherine Grant is author of Music Endangerment: How Language Maintenance Can Help (OUP 2014), which explores music traditions at-risk and efforts to revitalise them. She is recipient of a National Future Justice Medal for her research and advocacy on cultural sustainability. Her recent project in Cambodia, supported by an Australia Endeavour Research Fellowship, examined the links between poverty alleviation and music revitalisation initiatives.

Cervical cancer and the story-telling cloth in Mali