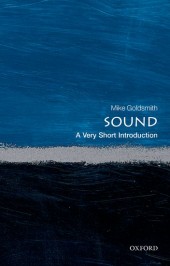 Pre-eminent among writers of mystery stories is, in my opinion, Dorothy L. Sayers. She is ingenious, witty, original – and scientific too, including themes like the fourth dimension, electroplating, and the acoustics of bells in some of her best stories. She is also the inventor of the voice-activated lock, which her hero Lord Peter Wimsey deploys in the 1928 short story ‘The Adventurous Exploit of the Cave of Ali Baba’ (in the collection Lord Peter Views the Body). To find out the role the device plays in the unraveling of a crime, you’ll have to read the story, but this is how Peter describes the invention:

“… you see, it’s one of these new-style electric doors. In fact, it’s really the very latest thing in doors. I’m rather proud of it. It opens to the words “Open Sesame” all right – but to my voice only.”

Voice-operated locks do now exist (even for your smartphone, should you so wish), though many are no more reliable than Wimsey’s:

“…apt to be rather pernickety about voices. It got stuck for a week once, when I had a cold and could only implore it in a hoarse whisper. Even in the ordinary way, I sometimes have to try several times before I hit on the exact right intonation.”

Today’s locks (sometimes called voice print systems) rely entirely on computers, programmed with pattern-matching software. This software compares the frequency pattern of a fresh-spoken word with the reference versions in its library, making allowances for acceptable levels of variation in the pronunciation of that word. If there is a close enough match, the software is satisfied and the lock opens.

On the face of it then, Sayers’ machine is pure whimsy in 1928, two decades before even the most primitive computers were built. It was not until 1952 that the first (sort of) working voice-activated system was constructed, by Bell labs. Called ‘Audrey’, it could recognise digits, if spoken carefully by the correct person. ‘Audrey’ was an electronic system, built using the then newly-invented transistor. Trying to build a 1928 version would have meant using valves and ending up with something big enough to fill a small room, with a slightly larger room full of noisy air-conditioning equipment to cool it, and a vast electricity bill.

Is Sayers daunted by the challenge? Does she pass over the awkward details in silence, drown them in technobabble or distract the reader with a sudden gunfight? She does not, explaining instead that her invention includes, “… a microphone arrangement [which] converts the sound into a series of vibrations controlling an electric needle. When the needle has traced the correct pattern, the circuit is completed and the door opens.”

The device, then, is based on the gramophone, a very popular device of the time, in which songs were recorded by being sung into a microphone that converted them into the motions of a needle. The needle in turn scratched the soft surface of a rotating wax disc (such discs had only just replaced cylinders as the main recording medium). The needle was moved gradually in towards the centre of the disc so that instead of moving in a circle it made one long spiral groove.

Once hardened the recorded disc was rotated again, at the same speed as before, with a second needle fitted into the groove. The wobbles of the groove forced the needle to wobble too, and those wobbles were converted by a loudspeaker into sound once more. Considering how primitive this all sounds, the quality of the result was astounding. Could the system really be used to make a voice-activated lock? Certainly, it would be easy to make a recording of Wimsey saying “Open Sesame” on a disc (the “master”). But then what happened?

To prime the system, Wimsey would place the master on a turntable inside the room to which the voice lock gave access. He would rest a needle in the groove, retire and close the door, which would be fitted with a spring bolt that could be drawn back again by means of an electromagnet.

To gain entry, Wimsey would say “Open Sesame” in exactly the same way he did when he recorded the master. The microphone would transmit the vibrations of his voice to the needle, just as it would if its function were to make a new recording. However, since the master had already been used and hardened, the needle could make no impression on it. Instead it would trace anew the wobbles of the groove already inscribed on it. This might be like an ice-skater negotiating a narrow twisting path with fences on either side: only by following the curves of the path exactly could (s)he avoid crashing into the fences.

If someone other than Wimsey said “Open Sesame”, the path traced by the needle would not be the same as that on the disc, and the needle would run into the side of the groove and jump out. Only if the spoken and recorded versions were identical would the needle trace the entire groove, at the end of which it could open the lock by completing an electrical circuit, allowing electricity to flow through the electromagnet, which would then withdraw the bolt.

There are several practical problems to be overcome here – in particular how to start the master rotating at the right moment so that it was synchronised exactly with Wimsey’s voice, but this could be overcome, perhaps, by means of pressing a button as he started to speak. A more fundamental problem is the one which has bedevilled the builders of voice-operated systems since they were first invented and which still persists to some extent today: it is almost impossible to say the same word in the same way on a different occasion twice. Sayers hits the nail on the head here when referring to Wimsey’s cold, but the system as described above would be so sensitive that it would pick up the slightest variation – in anything! If the word were spoken fractionally faster, slower, higher or lower, that would be enough for the system to reject it. Nevertheless, the principle is sound – in fact, it’s really brilliant, and apparently entirely Sayers’ own.

What might have suggested such a novel invention to her? The changing world of popular music at the time might be a clue. Until the early 1920s, recordings on cylinders and discs were a great success, despite their fragility, speedy deterioration and distinctly lo-if performance. Everyone either had, or wanted, a gramophone. Some were even portable! But as the decade moved on, radios rapidly improved in performance and fell in price, and soon eclipsed gramophones as every household’s must-have item. Some gramophone manufacturers and recording companies went bust and those that survived did so by improving the quality of their recordings enormously. By 1928 – the year of ‘The Cave of Ali Baba’- disc recordings were able to reproduce sounds almost perfectly (even by 1924 they were so good that, in writing his symphonic poem The Pines of Rome, Ottorino Respighi felt confident in including a gramophone record of a nightingale’s song in the third movement, something which would have been unthinkable just a few years previously). So perhaps it was this apparently boundless improvement in gramophone technology that inspired Sayers to press it into service in her fiction. If so, it’s just as well she wrote the story when she did – the very next year, stock markets crashed and the great depression that followed knocked the bottom out of the gramophone market, and left it floundering for years to come.

Mike Goldsmith is a freelance acoustician and science writer and the former Head of Acoustics at the National Physical Laboratory. He has worked in the field of acoustics for over 25 years and has written almost 40 papers, articles and reports about many aspects of sound, including speech, sound quality and the history of acoustics. His previous publications include Sound: A Very Short Introduction (OUP, 2015), Discord: The Story of Noise (OUP, 2012) as well as over forty children's science books. You can find out more about his work via his website.