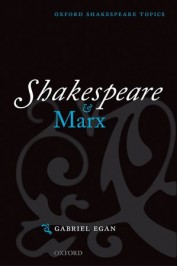 George Bernard Shaw considered himself a socialist, but was apt to make surprising remarks about the poor. “Hamlet’s experiences simply could not have happened to a plumber,” he wrote in the preface to his play The Dark Lady of the Sonnets in 1910, and “A poor man is useful on the stage only as a blind man is: to excite sympathy.” Shaw’s Aristotelian ideas became increasingly unfashionable in early-twentieth century Western theatre and before his death in 1950 a new kind of tragedy of the working man emerged with Arthur Miller’s Death of a Salesman. Bertolt Brecht embraced Shaw’s ideas when he first read them–while serving as dramaturg on the Berlin production of Shaw’s Saint Joan in 1924–and in particular he admired Shaw’s appeal to the reasoning faculties of his audiences rather than their emotions. Brecht came to believe that the best way to keep the audience thinking rather than empathizing would be to abandon Shavian realism and surprise his audience with unexpected violations of the conventions of drama. He found that Shakespeare had got there first: “Richard III Act V scene 3 shows two camps with the tents of Richard and Richmond and in between these a ghost appearing in a dream to the two men, visible and audible to each of them and addressing itself to both. A theatre full of Alienation effects!” (The Messingkauf Dialogues). For Brecht, revolutionizing the means of dramatic storytelling became more important than the kinds of people–rich or poor–that the stories were about.

Shaw always looked down upon the poor as an oppressed mass who could not be relied upon to save themselves, being too “dirty, drunken, foul-mouthed, ignorant, gluttonous, [and] prejudiced” (Dark Lady, Preface) to put the world to right. The conditions in which the poor live make them the way they are, he thought, trapping them in physical and mental squalor. Generally, socialists are rather more optimistic about the poor than that, and instead of focussing on what a lack of money has turned the poor into they focus on the perplexing properties of money itself that make this possible. Karl Marx, no stranger to poverty himself, found money to be all the more thoroughly paradoxical the more he thought about it. “That which I am unable to do as a man, and of which therefore all my individual essential powers are incapable, I am able to do by means of money,” wrote Marx, and “Money thus turns each of these powers into something which in itself it is not–turns it, that is, into its contrary” (“Money” in Marx’s Economic and Philosophical Manuscripts III: Private Property and Labour).

For Marx, it was Johann Wolfgang von Goethe’s Faust and especially Shakespeare and Middleton’s Timon of Athens that best captured this mysterious quality of money to turn things into their contraries:

Thus much of this will make
Black white, foul fair, wrong right,
Base noble, old young, coward valiant.
Ha, you gods! Why this, what, this, you gods? Why, this
Will lug your priests and servants from your sides,
Pluck stout men’s pillows from below their heads.
This yellow slave
Will knit and break religions, bless th’accursed,
Make the hoar leprosy adored, place thieves,
And give them title, knee, and approbation
With senators on the bench. This is it
That makes the wappered widow wed again.
She whom the spittle house and ulcerous sores
Would cast the gorge at, this embalms and spices
To th’ April day again.
(Timon, Timon of Athens 14.28-42)

Alcibiades is appalled to find Timon in his dishevelled, self-exiled state and asks how he came to this change. “As the moon does by wanting light to give”, replies Timon, “But then renew I could not like the moon; / There were no suns to borrow of” (Timon of Athens 14.67-69). The moon borrows light of the sun because it generates none of its own, which makes it a kind of thief. As Timon ponders this, he begins to find a kind of thievery in Nature:

The sun’s a thief, and with his great attraction
Robs the vast sea. The moon’s an arrant thief,
And her pale fire she snatches from the sun.
The sea’s a thief, whose liquid surge resolves
The moon into salt tears. The earth’s a thief,
That feeds and breeds by a composture stol’n
From gen’ral excrement. Each thing’s a thief.
(Timon of Athens 14.436-442)

If every circuit of exchange we find in the world is theft, the notion of theft loses all meaning since no-one is innocent of it. This revelation Timon shares with a group of thieves, encouraging them to steal on the justification that their victims must all be thieves too so it seems only right they should lose their ill-gotten gains. Marx had a pithy expression for it: “The expropriators are expropriated” (Capital volume 1, Chapter 32 “Historical Tendency of Capitalist Accumulation”). An impoverished German intellectual pondering the origins of wealth gets his answer from an impoverished Athenian for whom universal lending and borrowing look much like theft. 400 years after his death, in the turmoil following an international credit crisis, Shakespeare retains the power to surprise us with such topicality.

Gabriel Egan is Professor of Shakespeare Studies at De Montfort University and one of the four General Editors (with Gary Taylor, Terri Bourus, and John Jowett) of the New Oxford Shakespeare Complete Works that will appear in 2016. He co-edits the academic journals Theatre Notebook (for the Society for Theatre Research) and Shakespeare (for the British Shakespeare Association and Routledge). He is the author of Shakespeare and Marx.