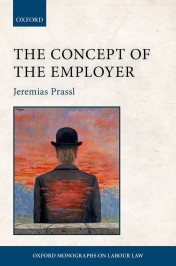 The Concept of the Employer

Emerging technologies present us with many opportunities – as well as difficulties, particularly when their everyday impact collides with long-established institutions and frameworks. Here, Jeremias Prassl explains how the apparent organizational novelty of these emerging services may not be the positive force it appears to be, and suggests that new operators and platforms should not be exempt from the legal constraints which bind their competitors.

The law has long struggled to adapt to new forms of employment – who should be responsible for the protection of workers’ rights, from minimum wage and working time to discrimination law, in today’s fragmented economy? These fundamental questions are now returning to public discussion as a result of the meteoric rise of so-called ‘crowd-work’, where online platforms match individual workers and customers to perform ‘gigs’, ‘rides’, or ‘tasks’.

Their proposition is enticing: as a customer, your driver, secretary, or handyman is but a few clicks away. Initial vetting and a continuously updated rating system ensure high quality standards, as customers are asked to leave feedback for each task performed. As a worker, you will be able to find work wherever it is available, in a fully flexible way to suit individual schedules, and using tools already at your disposal.

The reality behind crowd-work, on the other hand, is often one of precarity and exploitation: Uber drivers risk driving long hours without earning minimum wage levels, and will find themselves barred from the platform if their rating falls below a (high) threshold; Mechanical Turkers often struggle to be paid even for work they have already completed.

The reality behind crowdwork, is often one of precarity and exploitation.

Perhaps unsurprisingly, therefore, lawsuits have begun to spring up around the world – from Uber’s home in California to several European countries, including most recently the United Kingdom.

The question at stake is invariably similar: can electronic platforms be considered the employer of their ‘partners’, ‘taskers’, or ‘turks’? It is only once that question has been answered in the affirmative that workers will be able to enjoy key rights such as the minimum wage or working time protection. A string of recent decisions in the United States has already recognised Uber ‘partners’ as employers; with the help of the GMB trade union, a number of drivers have now launched similar claims before Employment Tribunals in the United Kingdom.

Uber’s official position is to assert that the platform merely acts as an agent for individual drivers (or ‘transport providers’), and cannot therefore be characterised as their employer. From a lawyer’s perspective, however, this assertion is of little importance; UK Courts have long accepted that employment is characterized by the reality of the underlying relationship, rather than any label chosen by the parties.

Over the course of the last century, employment law has instead placed a range of duties on those with the power to hire and fire workers, to control their daily work and pay, and to sell the products of their services on the open market at predetermined rates.

The key question in upcoming domestic litigation will therefore be the extent to which Uber has exercised a series of core employer functions identified in the case law. An increasing number of online resources provide insights into the reality of the relationship between the platform and its drivers; through its app, the platform has close control over the routes drivers are to choose and the prices customers will be charged for each ride. All financial transactions take place via the app, which also sits at the core of Uber’s rating system, enlisting customers to act as the platform’s agents in monitoring worker performance. Even the supposed freedom to work when and as desired is mostly illusionary; ratings are carried from engagement to engagement, and a refusal to accept a series of offers will soon have an impact on a driver’s ratings.

In my mind, there is therefore little doubt that despite the platform’s resistance to bear key responsibilities, Uber should be classified as the employer of its drivers, thus guaranteeing each driver access to her fundamental worker rights in English law. Even customers will profit from such a decision; well-rested workers will be much safer drivers, and in the unhappy event of an accident or other problems, they too will be able to assert their claims for reparation against the employing platform.

Jeremias Prassl is an Associate Professor in the Faculty of Law at the University of Oxford, and a Fellow of Magdalen College. He is the author of The Concept of the Employer (OUP, 2015), and an editor of The Contract of Employment (OUP, forthcoming).