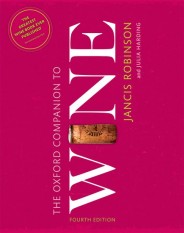 Can Instagram really sell wine? The answer is, yes, though perhaps indirectly.

In recent years the advent of social media, considered to be the second stage of the Internet’s evolution – the Web 2.0, has not only created an explosion of user-generated content but also the decline of expert run media. It’s a change that has led to the near demise of print media, the decline of the publishing industry more broadly, and a revolution in what it means to sell wine.

Social media has dramatically changed how information is shared. Wine experts and consumers alike now more often share information about wine via social media channels such as Facebook, Twitter, Instagram, and wine blogs. Nielsen studies show that Internet users spend more time on social media sites than any other type of Internet site. This has changed the way news is shared, and even what consumers see as relevant information. As a result, consumers today are swayed far more by the influence of their online peers rather than expert authority. It’s led (among other things) to fewer permanent wine critic positions.

Prior to social media, readers and consumers turned to industrial media sources, and established wine critics for expert opinion. There was no access to the mass of information freely available today online. Expert opinion, then, was communicated via more traditional media channels like newspapers, magazines, and televisions shows. Wine experts traveled extensively (and still do today) then shared their insights through newspaper columns, monthly or quarterly magazines or newsletters. Without their own direct access to vintners, consumers were guided to new brands or top wines by these few voices of leadership. With the advent of social media, consumers are also able to connect directly to vintners via these same social media channels.

While respected wine experts still exist and communicate with readers in a similar (albeit online) model, today when readers turn to such recommendations they do so in concert with those of wine loving peers. Within social media, specific wine-focused communities have arisen via wine dedicated mobile applications like Vivino or Delectable, electronic message boards and wine blogs specifically for the purposes of sharing wine information with wine lovers around the world. Further, traditional wine experts are now also in contact with and influenced by their readers via social media channels. Popular wine blogs that thoroughly research particular aspects of the wine world can influence established wine critics in traditional media positions or even become lead wine critics themselves. Websites like JancisRobinson.com, eRobertParker.com, and Antonio Galloni’s Vinous.com have their own message boards where readers message the experts directly. Conversations occurring on Twitter and Instagram between wine lovers sometimes inform what a wine expert discusses in their own feature articles. In other words, one of the effects of social media in wine has been a general democratizing of authority, dispersing it broadly across online networks.

Social media has also led to a change in wine marketing. The proliferation of information online has also increased general discussion about small production, and unusual wines among consumers. Small labels such as California’s Dirty & Rowdy Family Wine, as one example, launched from an essentially unknown brand to being distributed globally and sold-out within mere months of release in 2012 thanks partially to their presence on Twitter and Facebook. In their case, even a following of approximately 1400 on Facebook and 3200 on Twitter helped make a profound sales impact. By engaging directly with consumers via social media channels, Dirty & Rowdy was able to build an avid consumer following, communicate new releases directly, and expand their markets internationally. In other words, such engagement can lead to consumer consideration and review of wines that otherwise might not have been seen by the traditional wine critic. In this way, the democratization of wine information via social media has also supported consumer interest in broader wine selection.

Elaine Chukan Brown serves as the American Specialist for JancisRobinson.com and a contributing writer to Wine & Spirits and World of Fine Wine. She also writes her own site WakawakaWineReviews.com. Prior to her career in wine she was a philosophy professor. You can find her on Twitter or Instagram as @hawk_wakawaka. She is a contributor to The Oxford Companion to Wine, Fourth Edition (OUP, 2015).