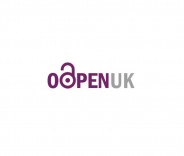 OAPEN-UK, a five year collaborative research study funded by the Joint Information Systems Committee (JISC) and the Arts and Humanities Research Council (AHRC), aimed to investigate the potential for open access monograph publishing in the humanities and social sciences (HSS), and to gather evidence from key stakeholders to inform the debate on open access publishing. The final report of the OAPEN-UK Project has now been released.

What is the future of academic publishing? We’re celebrating University Press Week (8-14 November 2015) and Academic Book Week (9-16 November) with a series of blog posts on scholarly publishing from staff and partner presses. In this blog post, we are looking at the potential of open access monograph publishing.

In September 2010, the OAPEN-UK research study set out to investigate the potential of open access monograph publishing in the humanities and social sciences disciplines (HSS), which was, at the time, a relatively unknown concept. The collaborative study aimed to contribute to the evidence base and understanding of open publication models, in order to inform the debate and direction taken by the scholarly community.

OUP joined the study for the final two years of the project; contributing 18 academic titles to the experiment which were made open access under a Creative Commons licence. Here’s what we learnt.

OUP have previously made books and chapters freely accessible on many occasions but this study required us to establish a more formal open access process. The 18 titles were made freely available online as a PDF download under a Creative Commons (CC BY-NC-ND) licence, and were free to read via Oxford Scholarship Online and Google Books. We needed to think about the practicalities of this task and the challenges of hosting open content on systems and websites that were designed for other business models. Based on our initial experiences from this pilot, we’re continuing to work towards more durable solutions for hosting open access content and developing better process/workflows for open books.

2. The difficulty of establishing a controlled experiment

The study methodology sought to use matched pairs to provide a control for the evidence. Each experiment title was matched with another title to measure the impact of open availability on sales and usage patterns. There was an immediate challenge in finding suitably matched titles given the range of variables; similar publication dates, the research area, price point, audience, etc.; added to this were the challenges of creating similar market conditions to allow for a fair experiment. It became clear that there are many factors that can affect the course of sales and usage over a book’s publication life and sales channels will often mean that there is little concrete information on the eventual purchaser, let alone the intended use. Eliminating the potentially confounding variables for outputs that, by definition, are highly individual to sufficiently allow comparison with a meaningful control has proven very difficult. We’ve built a wealth of data over the two years, but realistically we have to be very careful about the interpretation of that data. A larger, or longer, study might better eliminate these complex variables but any further research into this area would benefit from a process that would offer insight into the intended use, purchase decisions, and profile of the end-user.

Nevertheless, the provision of a freely downloadable, open access PDF version of each experiment title was a distinctive factor in this experiment. These were placed on our websites and made available through the OAPEN Library and the Directory of Open Access Books. From September 2013 to August 2015, OAPEN-UK measured a total of 21,151 COUNTER compliant PDF downloads of these titles and 43,655 non-COUNTER compliant downloads. We reported 4,441 PDF downloads from our own website, which we measured from across 124 countries worldwide. The highest usage rates on our website occurred in the UK, US, Netherlands, Germany, and Australia, and it was pleasing to note that some titles received the best usage levels in the countries relevant to the research focus. This was aided in part by promotion from our local representatives, as well as the authors themselves, who used their own research networks to disseminate the free version. When an author blogged or tweeted about their free book, the usage levels rose significantly. This is interesting both in terms of engaging communities of concern but also in recognising that the scale of the project means it’s difficult to infer how purchasing and usage behaviours would change if the model were more widely-established.

As a business, our skills and knowledge have improved through the practical experience of this pilot. Using what we’ve learnt, we can now look to developing our own policies and best practice for open access to allow authors with publishing requirements to make their work available under a Creative Commons licence. It’s difficult to detach our experience of OAPEN-UK from other developments and conversations about open access monographs that have advanced apace in the last few years. Professor Geoffrey Crossick’s report for HEFCE on Open Access Monographs was well-received as presenting a thoughtful and fair review of the current state of scholarly monographs in the UK as well as possibilities for open access models. Other pilot studies and experiments by publishers and institutions are adding to the debate, leading us to…

5. Collaborative working with all stakeholders

From the outset, the study highlighted the need for a collaborative and agile approach from all stakeholders. While it has been difficult to have confidence in the quantitative evidence produced by the matched pairs experiment, the qualitative evidence provided by the study certainly contributes to our understanding of our own position as publishers, and the challenges now faced by various stakeholders in an open environment for books. It’s hard to address many of the practical challenges raised as the way forward is still so uncertain. OAPEN-UK investigated one of many potential business models; Geoffrey Crossick’s report highlighted a “mixed environment” for books which could exist for the foreseeable future, whereby we have a number of business models in use for open publication, which may even vary between disciplines. This makes it very difficult to plan for and to invest in the necessary development, but one thing is clear, that the best direction now is to work together collaboratively, in the spirit of the OAPEN-UK project, and find solutions that work for all stakeholders.

Alison Jones is Managing Editor for Open Access at Oxford University Press. A list of the open access titles contributed to the OAPEN-UK study may be found at Oxford Open.

The Monographs and Open Access Project was set up to consider the place of monographs in the arts, humanities and social science disciplines, and how they fit into the developing world of open access to research. The project was led by Geoffrey Crossick, Distinguished Professor of Humanities at the School of Advanced Study, University of London, and was commissioned by HEFCE in partnership with the Arts and Humanities Research Council (AHRC) and the Economic and Social Research Council (ESRC).

How is OUP contributing to the open research landscape today?