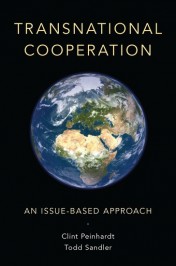 Today, the international community has its hands full with a host of global challenges; from rising numbers of refugees, international terrorism, nuclear weapons proliferation, to pandemics, cyber-attacks, organized crime, drug trafficking, and others. Where do such global challenges originate? Two primary sources are rogue states like North Korea or Iran and failed states like Afghanistan or Somalia. Rogue states do not accept widespread international norms, and so are security threats and likely candidates for proliferation of international crime and weapons of mass destruction. Failed states suffer from a lack of internal governance, and are likely havens for terrorist groups, engines of disease transmission, and sources of refugees. Too often these disparate sources of global challenges are lumped together, but there are essential contrasts between these source states.

By challenging the status quo, rogue states often engage powerful enemies. Effective cooperation may be easier to achieve against a rogue state if it provokes a great power that can take unilateral action or if several powerful countries coordinate their actions. This coordination is feasible when the rogue country presents similar dire consequences to a small number of capable countries whose interests are aligned. Eliminating the risks associated with rogue states therefore often involves a few countries’ focused effort; such action denotes a best-shot public good whose quantity is determined by the largest single or pooled action. To address challenges arising from failed states, however, a different scenario often applies, wherein state failures undermine global efforts to coordinate or provide a weakest-link public good, for which the smallest provision level fixes the quantity of the good that countries consume. For example, the least effective monitoring effort during an infectious disease outbreak determines the world’s ability to stem the contagion.

Rogue states often pose risks because of their threatening actions, while failed states frequently present risks because they provide safe haven to terrorists, drug-traffickers, and pirates. By giving rise to low or no provision of a weakest-link public good, failed states can undo the collective efforts of other states. For example, even one failed state giving haven or training facilities to a transnational terrorist group keeps the group’s threat around for all other countries. Failed states present security and other concerns – disease outbreaks, refugee outflows, financial instability, guerrilla wars, and transnational crime.

Rogue states often pose risks because of their threatening actions, while failed states frequently present risks because they provide safe haven to terrorists, drug-traffickers, and pirates.

Failed states have disproportionate effects on their surrounding countries, which are often poor and sometimes poorly governed themselves. Somalia, for example, has spawned terrorist attacks in neighboring Kenya via Al-Shabaab as well as piracy in the Gulf of Aden. In poorly governed parts of Afghanistan and Pakistan, the global effort to eradicate polio has grounded to a halt, thereby requiring people worldwide to get booster shots since herd immunity has not be achieved. The international community has repeatedly found itself unable to secure effective governance from outside – NATO’s intervention in Libya may have prevented atrocities in the short term but it has created a political vacuum in the long term.

Many of the problems emanating from failed states are weakest-link problems, which reduce overall levels of global security, raise crime, or limit protection from diseases. From a strategic perspective, such problems are more easily addressed by relatively homogeneous groups with similar preferences and means. We might therefore expect problems emanating from failed states to be addressed when they affect a relatively similar (small) set of countries. Similarity in this instance could mean size, wealth, and power, or it might also include similar linguistic or ethnic makeup. Somalia’s pirates have been beaten back by a number of countries, particularly European Union countries acting as a unit, due to their common shipping interests in the area.

Which is a worse problem? Our answer revolves around the diversity of countries affected by each set of problems. Because best-shot problems are more easily solved by a single powerful (or rich) state or small coalition, they are generally easier to address. Of course, sometimes the country that has the most capability to solve a problem lacks political will to do so. Weakest-link problems are inherently more difficult to address because they require coordinated action among many states. If some states lack the means to act, then other nations must shore them up by providing the necessary level of action. That is, even one substandard contribution limits what everyone can achieve. In a world with lots of poor countries, this shoring-up effort may become prohibitively expensive. Since many of the issues arising from failed states have these weakest-link properties, we believe that they are, on average, harder to solve. For this reason, we would argue that failed states present a greater host of problems than rogue states.

Clint Peinhardt studies the political economy of trade and investment. He received his Ph.D. from the University of Michigan and M.A. from the Institute of Social Studies in The Netherlands. He has published in International Organization, International Studies Quarterly, World Politics, and The World Economy. For designing a class around transnational issues, he was awarded The University of Texas Regents Outstanding Teaching Award in 2012. Todd Sandler is the Vibhooti Shukla Professor of Economics and Political Economy at the University of Texas at Dallas. He has written or edited twenty-two books and has contributed over 250 journal articles to leading journals in economics and political science. He has consulted for the World Bank, UNIDO, International Task Force for Global Public Goods, and the Inter-American Development Bank. Both are the co-authors of Transnational Cooperation: An Issue-Based Approach.