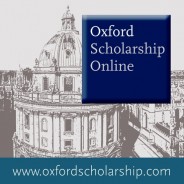 Since the end of World War II, with the creation of the United Nations, the rules and structure of the traditional inter-state community have been changing. International law is increasingly shifting its focus from the state to the individual. It gradually lost the features of the classical era, placing greater emphasis on individuals, peoples, human beings as a whole, humanity, and future generations. State sovereignty has been redefined by developments in the field of the safeguard of human rights, peoples’ law, the ‘human’ environment, the common heritage of mankind, cultural heritage, sustainable development and international trade. New norms protect the universal community’s interests. New actors, other than states, are emerging on the international scene. New international norms allow individuals, groups of individuals, corporations, and non-governmental organizations to bring claims before international jurisdictions.

Structurally, we are witnessing an ongoing and gradual ‘verticalization’ of power. The international society has been creating objective rules and procedures to safeguard interests and values of humanity as a whole. Judicial organs and institutionalized procedures to monitor states’ activities have been established. In recent years, there has been a proliferation of international courts and tribunals and, in general, of mechanisms and compliance control procedures which, from their position of authority, ensure respect of norms (customary and treaty-based).

International organizations – in particular those of a universal character – partake in the management of international power by carrying out ‘some’ general functions in several areas of law. The erosion of states’ sovereignty is giving way to a global community and a new international power structure based on multilateral decision processes aimed at protecting fundamental interests and global values.

These changes raise the question of whether the birth of a global community gave rise to a new set of international norms, and whether such norms amount to a system coherent enough to be called ‘Global Law’. This begs the question of whether this new body of laws is different and distinguishable from traditional international law (inter-State law), and if so, what its distinctive features are.

The international legal order is no longer that of the Westphalian era, as a result of the deep transformation of the traditional model of the international community and its constitutive structure.

Globalization is changing not only modern socio-economic and politico-cultural systems but also the law, decision-making processes, enforcement strategies, and the interrelations between multiple normative systems and sub-systems. The international legal order is no longer that of the Westphalian era, as a result of the deep transformation of the traditional model of the international community and its constitutive structure.

It would appear that global law is in an embryonic phase. That is the way legal scholars, who are used to more articulated systems, view it. It is growing as the law of a common humanity bringing with it the emergence of an organizational model of the world’s society based on the gradual integration of various systems of organization (legal, social, economic, etc.) at different aggregation levels, local to worldwide. It is time to focus on a new reality: the gradual transformation of the international community and the structuring process of a global community in which a coherent legal system for a universal human society is being built.

The variety of power centres and decision-making bodies, even informal ones, has led to the development of a multiplicity of supra-national normative regimes and of sub-systems, distinct sets of secondary norms, or relating to a branch of “special” international law, called special treaty-regimes, self-contained regimes, endowed with their own principles, legal institutions, enforcement mechanisms, and dispute resolution mechanisms. We are witnessing a great expansion of global regulatory regimes, especially in economic and social areas. Furthermore, the fact that, apart from the states, other new emerging forces emanating from a multiplicity of actors take part in global governance makes the current legal framework more complex.

The complexity of legal sources is, therefore, the result of the new global order, characterised by growth in interconnection, by changes in social, economic and political dynamics, and by a multi-polar power structure, with continual horizontal and vertical shifts in power.

It is the duty of the courts, in fulfilling their role of applying the norms of international law, to contribute to its harmonious development eliminating the points of conflict which may arise from the interplay between international rules, or between these rules and domestic laws, as well as from the coexistence of different international courts and tribunals.

Legal scholarship, on the other hand, may contribute to the determination of rules of law. It is for international law scholars follow the evolution of the inter-state society towards a global society governed by a law expressed by a wide variety of actors and not only by states.

Their basic task is to provide tools to identify, from the great variety of international practices in political and jurisprudential contexts, a uniform set of legal rules and procedures designed to manage global interests and goods, established for the purpose of institutionalizing governance mechanisms and procedures, defining and allocating powers to the global level, and creating authorities or bodies exercising functions of a public nature.

I like to represent the global legal system as a web made up of filaments (whose properties are resistance, flexibility, and elasticity), arranged in concentric circles linked by threads, evoking the symbolism of weaving. The image of a communal spider web best represents the legal system of a complex multi-polar society. Global law is elastic enough to integrate the heterogeneous elements of the various and different legal orders into a unitary framework. It is up to the community of international legal scholars/lawyers to manage the complexity in the unit of the web of the global law system; the unitary framework retains the flexibility to allow for respecting the diversity of the plurality of embodied legal orders.