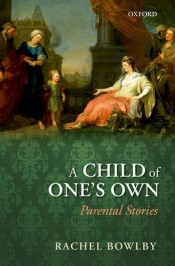 A Child of One's Own

The news that Britain is set to become the first country to authorize In Vitro Fertilisation (IVF) using genetic material from three people—the so-called ‘three-parent baby’—has given rise to (very predictable) divisions of opinion. On the one hand are those who celebrate a national ‘first’, just as happened when Louise Brown, the first ever ‘test-tube baby’, was born in Oldham in 1978. Just as with IVF more broadly, the possibility for people who otherwise couldn’t to be come parents of healthy children is something to be welcomed. On the other side, the cry goes up that this is a slippery slope, the thin end of the wedge, or any other cliché that you care to click on. At any rate, it is not a happy event, and it takes us one step further towards the spectre of ‘designer babies’. The issue here is about meddling with nature for the sake of hubristic human desires: seeking to ensure the production of a ‘perfect’ baby, and in the process creating the new monstrosity of triple parenthood.

The negative line about the new baby-making procedure is most often countered in these arguments by pointing out how negligible, in reality, is the contribution of the shadow third party. All that happens is that a dysfunctional aspect of the (principal) mother’s DNA is, as it were, written over by the provision of healthy mitochondrial matter from the donor; this means that the resulting baby will not go on to develop debilitating hereditary diseases that might otherwise have been passed on. The handy household metaphor of ‘changing a battery’ is much in use for this positive line: the process should be seen as just an everyday update. But the way that the argument is made—presenting the new input as a simple enabling device—reveals a need to switch off any suggestion that this hypothetical extra parent has any fundamental importance. The real identity of the future child must be seen to come from a primary mother and father, and them alone.

But in actuality, three-parent babies already exist. According to the established facts of life, it seems obvious enough that a baby has two biological parents, and that the contribution is distributed between them with the god-given genetic equality of exactly 23 chromosomes each. But that is to forget a further biological element, the female body in which the new baby grows from conception (or just after, in the case of IVF) to birth. This used to be elided in the obvious certainty of maternal identity. If a woman gives birth, then the baby is ‘biologically’ hers; she was pregnant, the ovum came from her. Whereas a father, until DNA testing, was always uncertain—pater semper incertus est, in the legal phrase—in the sense that there was no bodily evidence of any particular man having engendered any particular child. But modern medical science has brought about the practical as well as the theoretical separation of egg and womb, breaking up what had previously appeared as—and still usually is—one single biological mother. With this not uncommon doubling of motherhood through IVF, three-parent babies have been with us for quite some time.

Twofold motherhood plays out in various possible scenarios. Conception outside the womb—in other words, in vitro fertilization—leads to the possibility of a woman giving birth to a baby of which she is not the genetic mother, because the embryo implanted in a womb doesn’t have to be formed from an egg taken from the same woman. Depending on whether that baby is going to become, postnatally, the child of the birth mother or else of the woman who provided the egg, this pregnant woman will be referred to as either the mother or the surrogate. Or, to tell the same story from the genetic point of view: IVF leads to the possibility of one woman’s egg making an embryo which develops in another woman’s womb. Depending on which of them is to raise the child, she will be regarded either as the egg donor (for the ‘real’ mother who becomes pregnant), or as the mother (who used a surrogate).

In all these scenarios—two in reality, four in story—biological motherhood is already divided between two women, with one or other element—the egg or the pregnancy—emphasised, depending on which of them is to become, in practice, the baby’s mother. The drive is always towards the subordination of one biological contribution so as to validate the other (and to remove the risk that the discounted proto-parent, the ‘donor’ or the ‘surrogate’, might have any postnatal responsibilities or rights). This is what is happening again with the controversy over the additional mitochondrial ‘parent’. But biologically three-parent babies are nothing new.

Rachel Bowlby is Professor of Comparative Literature at Princeton University. She is the author of A Child of One's Own.