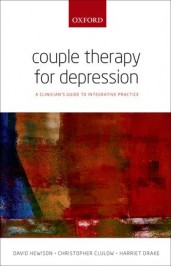 Where kissing is concerned, there is an entire categorization of this most human of impulses that necessitates taking into account setting, relationship health, and the emotional context in which the kiss occurs. A relationship’s condition might be predicted and its trajectory timeline plotted by observing and understanding how the couple kiss. For instance, viewed through the lens of a couple’s dynamic, a peck on the cheek can convey cold, hard rejection or simply signify that a loving couple are pressed for time.

A kiss communicates a myriad of meanings, its reception and perception can alter dramatically depending on the couple’s state of mind. A wife suffering from depression may interpret her husband’s kiss entirely differently should her symptoms be alleviated. Similarly, a jealous, insecure lover may receive his girlfriend’s kiss of greeting utterly at odds to how she intends it to be perceived.

So if the mind can translate the meaning of a kiss to fit with its reading of the world, what can a kiss between a couple tell us? Does this intimate act mark out territory and ownership, a hands-off-he’s-mine nod to those around? Perhaps an unspoken negotiation of power between a couple that covers a whole range of feelings and intentions; how does a kiss-and-make-up kiss differ from a flirtatious kiss or an apologetic one? What of a furtive kiss; an adulterous kiss; a hungry kiss; a brutal kiss? How does a first kiss distinguish itself from a final kiss? When the husband complains to his wife that after 15 years of marriage, “we don’t kiss like we used to”, is he yearning for the adolescent ‘snog’ of his youth?

Engulfed by techno culture, where every text message ends with a ‘X’, couples must carve out space in their busy schedules to merely glimpse one another over the edge of their laptops. There isn’t psychic space for such an old-fashioned concept as a simple kiss. In a time-impoverished, stress-burdened world, we need our kisses to communicate more. Kisses should be able to multi-task. It would be an extravagance in the 21st-century for a kiss not to mean anything.

And there’s the cultural context of kissing to consider. Do you go French, Latin, or Eskimo? Add to this each family’s own customs, classifications, and codes around how to kiss. For a couple, these differences necessitate accepting the way that your parents embraced may strike your new partner as odd, even perverse. For the northern lass whose family offer to ‘brew up’ instead of a warm embrace, the European preamble of two or three kisses at the breakfast table between her southern softie of a husband and his family, can seem baffling.

The context of a kiss between a couple correlates to the store of positive feeling they have between them; the amount of love in the bank of their relationship. Take 1: a kiss on the way out in the morning can be a reminder of the intimacy that has just been. Take 2: in an acrimonious coupling, this same gesture perhaps signposts a dash for freedom, a “thank God I don’t have to see you for 11 hours”. The kiss on the way back in through the front door can be a chance to reconnect after a day spent operating in different spheres or, less benignly, to assuage and disguise feelings of guilt at not wanting to be back at all.

While on the subject of lip-to-lip contact, the place where a kiss lands expresses meaning. The peck on the forehead may herald a relationship where one partner distances themselves as a parental figure. A forensic ritualized pattern of kisses destined for the cheeks carries a different message to the gentle nip on the earlobe. Lips, cheek, neck, it seems all receptors convey significance to both kisser and ‘kissee’ and could indicate relationship dynamics such as a conservative-rebellious pairing or a babes-in-the-wood coupling.

Like Emperor Tiberius, who banned kissing because he thought it helped spread fungal disease, Bert Bacarach asks, ‘What do you get when you kiss a guy? You get enough germs to catch pneumonia…’ Conceivably the nature of kissing and the unhygienic potential it carries is the ultimate symbol of trust between two lovers and raises the question of whether kissing is a prelude or an end in itself, ergo the long-suffering wife who doesn’t like kissing anymore “because I know what it’ll lead to…”

The twenty-first century has witnessed the proliferation of orthodontistry with its penchant for full mental braces. Modern mouths are habitually adorned with lip and tongue piercings as fetish wear or armour. Is this straying away from what a kiss means or a consideration of how modern mores can begin to create a new language around this oldest of greetings? There is an entire generation maturing whose first kiss was accompanied by the clashing of metal, casting a distinct shadow over their ideas around later couple intimacy.

Throughout history, from Judas to Marilyn Monroe, a kiss has communicated submission, domination, status, sexual desire, affection, friendship, betrayal; sealed a pact of peace or the giving of life. There is public kissing and private kissing. Kissing signposts good or bad manners. It is both a conscious and unconscious coded communication and can betray the instigator’s character — from the inhibited introvert to the narcissistic exhibitionist. The 16th-century theologian Erasmus described kissing as ‘a most attractive custom’. Rodin immortalized doomed, illicit lovers in his marble sculpture, and Chekhov wrote of the transformative power of a mistaken kiss. The history and meaning of the kiss evolves and shifts and yet remains steadfastly the same: a distinctly human, intimate and complex gesture, instantly recognizable despite its infinite variety of uses. I’ve a feeling Sam’s ‘You must remember this, a kiss is just a kiss’ may never sound quite the same again.

Headline image credit: Conquered with a kiss, by .craig. CC-BY-NC-2.0 via Flickr.

Kate Thompson is a couple psychoanalytic psychotherapist, faculty staff member and clinical lecturer at the Tavistock Centre for Couple Relationships (TCCR). She works at TCCR as a trainer and supervisor for Couple Therapy for Depression of NHS practitioners within IAPT and in the mentalisation service, Parents in Dispute.  She is a full and founder member of the BSCPC and is a member of the BPC. In 2010, she wrote, in conjunction with Christel Buss Twachtmann, a training manual and produced a training DVD for the Parenting Fund on the impact of unemployment on couples and the family. Her private practice is in East Sheen, South West London.