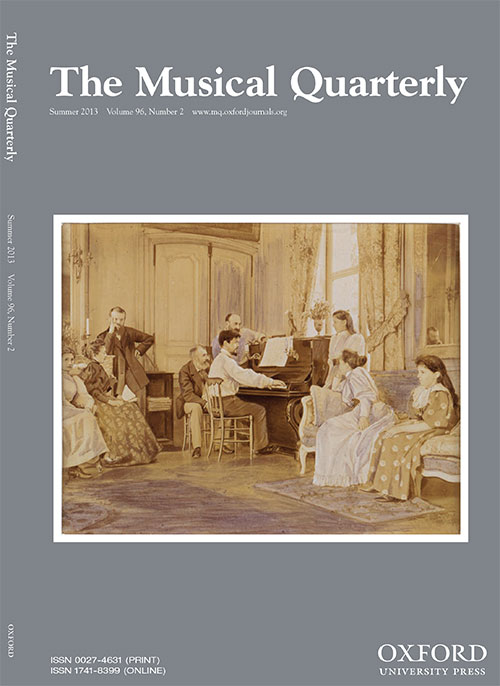 The 8th May marks the seventieth anniversary of the death of Dame Ethel Smyth (1858-1944), the pioneering composer and writer, at her home in Hook Heath, near Woking. In the course of her long and varied career, she composed six operas and an array of chamber, orchestral, and vocal works, challenging traditional notions of the place of women within music composition. In her later years she found a second calling as an author of auto/biographical and polemical writings, publishing ten books between 1919 and 1940.

Smyth led a fascinating and unconventional life. Having resolved at an early age to enter the music profession, she overcame opposition from her father (an army general) in order to enrol at the Leipzig Conservatorium in 1877. During her years in Continental Europe she came into contact with Brahms, Clara Schumann, Grieg, and Chaikovsky. Returning to England in the late 1880s, her compositions attracted much attention in the years and decades that followed, from influential figures including Empress Eugénie, Lady Mary Ponsonby, Queen Victoria, Princesse de Polignac, and, in the field of music, Thomas Beecham, Bruno Walter, Adrian Boult, Henry Wood, Donald Tovey, and George Bernard Shaw. She received honorary doctorates from the Universities of Durham and Oxford, and was awarded the DBE in 1922.

This intriguing artist has been a subject of my research for over a decade, leading to my article “Music and Literature: Ethel Smyth, Virginia Woolf, and ‘The First Woman to Write an Opera’” recently published in The Musical Quarterly (itself a companion-piece to an article I published in another Oxford journal, Music & Letters, in 2004). My particular interest lies in Smyth’s relationship with the novelist Virginia Woolf (1882-1941), whom she befriended in 1930 and with whom she maintained a lively correspondence that provides many valuable insights into Smyth’s activities as memoirist and polemicist, and, more widely, into the differences between their respective disciplines.

Smyth may not have been the first ever woman to write an opera, as Woolf erroneously suggested in the quotation that inspired my article (that distinction goes to Francesca Caccini, over 250 years earlier). But she was nonetheless a pathbreaking individual in many different respects. To commemorate the anniversary of her passing, here follow five facts about Ethel Smyth, some well known, others less so, illustrating ways in which she made history in music, politics, and literature.

1.  Smyth is the only woman composer to date to have presented an opera at The Met. The performances of her second opera, Der Wald (The Forest), on 11 and 20 March 1903 yield the only instance out of over 300 different works given at The Metropolitan Opera, New York City between October 1883 and July 2013 to have been composed by a woman. According to one contemporary account, the opera was attended by “one of the largest and most brilliant audiences” of the season, eliciting applause that “continued for ten or fifteen minutes, surpassing even the most generous for which the opera patrons are distinguished.”

2.  Smyth withdrew one of her operas during its performance run in a move she believed to be “unique in the annals of Operatic History.” For the première of her third opera, Standrecht (The Wreckers), at the Neues Theater, Leipzig in November 1906, she stipulated that no revisions to the score should be made without her consent. However, she discovered the day before the dress rehearsal that Act III had been extensively cut, and her pleas for reinstatement of the excised material were in vain. In response, following the first performance she removed all of her music from the orchestra pit and took it to Prague, where the opera had already been accepted for performance — though this turned out to be a woefully under-rehearsed fiasco.

3.  Smyth became a leading suffragette in the early 1910s. In September 1910 she met, and became enchanted by, Emmeline Pankhurst. She pledged to devote two years of her life to the women’s suffrage campaign, and a close friendship developed between the two women (Woolf even believed they had been lovers). Smyth’s work for the “Votes for Women” movement is reflected in much of the music she composed at that time, not least The March of the Women, which came to be adopted as the suffragette anthem. She was said to have once stormed into 10 Downing Street and hammered out the March on Prime Minister Asquith’s piano while the Cabinet was in session.

4.  Smyth served a jail sentence for her suffrage activity. She was one of some 200 women arrested on 4 March 1912 as a result of a co-ordinated window-smashing campaign across the West End of London, and was sentenced to two months in Holloway Prison. Smyth had chosen to target the Berkeley Square home of the colonial secretary, Lewis Harcourt, in retaliation for a remark he had made along the lines that “if all women were as pretty and as wise as his own wife, [they] should have the vote tomorrow.” She recounted the episode on the BBC National Programme in 1937, in interview with the author Vera Brittain.

5.  Smyth kept a series of dogs for over fifty years. Her first dog, given to her in 1888, was a St Bernard cross called Marco, who travelled everywhere with her. In 1901, a friend presented her with an Old English sheepdog puppy she named Pan, who became the first in the line of sheepdogs she successively numbered Pan II, Pan III, up to Pan VII. Her lesser-known book Inordinate (?) Affection: A Story for Dog Lovers (1936), a collected biography of some of her canine companions, stands alongside such classics as Virginia Woolf’s Flush and Jack London’s The Call of the Wild as famous examples of dogs in literature.

Christopher Wiley is Senior Lecturer in Music at the University of Surrey, UK. His research primarily examines musical biography and the intersections between music and literature. Other interests include music and gender studies, popular music studies, and music for television. He is author of “Music and Literature: Ethel Smyth, Virginia Woolf, and ‘The First Woman to Write an Opera’” published in The Musical Quarterly. Follow Christopher Wiley on Twitter. Read his blog. He can also be found on Scoop.it!.

The Musical Quarterly, founded in 1915 by Oscar Sonneck, has long been cited as the premier scholarly musical journal in the United States. Over the years it has published the writings of many important composers and musicologists, including Aaron Copland, Arnold Schoenberg, Marc Blitzstein, Henry Cowell, and Camille Saint-Saens. The journal focuses on the merging areas in scholarship where much of the challenging new work in the study of music is being produced.

Putting George Enescu back on the musical map