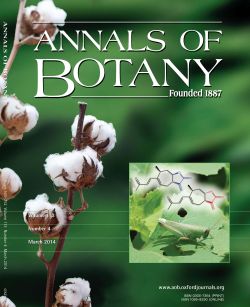 
Urban gardens are increasingly recognised for their potential to maintain or even enhance biodiversity. In particular the presence of large densities and varieties of flowering plants is thought to support a number of pollinating insects whose range and abundance has declined as a consequence of agricultural intensification and habitat loss. However, many of our garden plants are not native to Britain or even Europe, and the value of non-native flowers to local pollinators is widely disputed.

We tested the hypothesis that bumblebees foraging in urban gardens preferentially visited plants species with which they share a common biogeography (i.e. the plants evolved in the same regions as the bees that visit them). We did this by conducting summer-long surveys of bumblebee visitation to flowers seen in front gardens along a typical Plymouth street, dividing plants into species that naturally co-occur with British bees (a range extending across Europe, north Africa, and northern Asia – collectively called the Palaearctic by biologists), those that co-occur with bumblebees in other regions such as southern Asia, and North and South America (Sympatric), and plants from regions (Southern Africa and Australasia) where bumblebees are not naturally found (Allopatric).

Rather than discriminating between Palaearctic-native and non-native garden plants when taken together, bees simply visited in proportion to flower availability. Indeed, of the six most commonly visited garden plants, only one Foxglove (Digitalis purpurea – 6% of all bee visits) was a British native and only three garden plants were of Palaearctic origin (including the most frequently visited species Campanula poscharskyana (20.6% of visits) which comes from the Balkans). The remaining ‘most visited’ garden plants were from North America (Ceanothus 11% of visits) and Asia (Deutzia Spp 7% of visits), while the second most visited plant, Hebe × francisciana (18% of visits) is a hybrid variety with parents from New Zealand (H. speciosa) and South America (H. elliptica).

However a slightly different pattern emerges when we consider the behaviour of individual bumblebee species. This is important because we know from work done in natural grassland ecosystems that different bumblebees vary greatly in their preference for native plant species. Some bumblebees visit almost any flower, while others seem to have strict preferences for certain plants. The latter group (‘dietary specialists’) include bees with long tongues that allow them to access the deep flowers of plants belonging to the pea and mint families that short-tongued bees cannot. One of these dietary specialists, the aptly named ‘garden bumblebee’ (Bombus hortorum), showed a strong preference for Palaearctic-origin garden plant species (78% of flower visits by this species); although we also saw this species feeding on the New Zealand-native, Cordyline australis. Even more interesting was the fact that our most common species the ‘buff-tailed bumblebee’ (B. terrestris) appeared to favour non-Palaearctic garden plants (70% of all visits) over garden plants with which it shares a common evolutionary heritage (i.e. Palaearctic plants). So it seems that any preference for plants from ‘home turf’ varies between different bumblebees; just like in natural grasslands, some bees are fussy about where they forage, and others not.

So what should gardeners do to encourage pollinators? Our results suggest that it is not simply a question of growing native species even if this is desirable for other reasons, but that any ‘showily-flowered’ plant is likely to offer some forage reward. There are caveats, however. Garden plants that have been subject to modification to produce ‘double’ flowers that replace or obscure the anthers and carpels that yield pollen and nectar (e.g. Petunias, Begonias, and Hybrid Tea roses) are known to offer little or no pollinator reward. A spring to autumn supply of flowers of different corolla lengths is important to provide both long- and short-tongued bumblebees with nectar. A reliable pollen supply is particularly important during nest founding through to the release of queen and male bees at the end of the nest cycle. Roses and poppies are obvious choices, but early season willows also offer pollen for nest-founding queens. Potentially most crucial of all however, are the pea family as they offer higher quality pollen vital for the success of the short-nest cycle, specialist bumblebees such as B. hortorum. It is also important that access to what gardeners refer to as ‘weeds’ is available. Where possible gardeners can set aside a small area to allow native brambles, vetches, dead nettles, and clovers to grow, but as long as some native weed species are available in nearby allotments, parks, or other green spaces, we suggest that a combination of commonly-grown garden plants will help support our urban bumblebees for future generations.

Dr Michael Hanley is Lecturer in Terrestrial Ecology at the University of Plymouth. He is co-author of the article ‘Going native? Flower use by bumblebees in English urban gardens’, which is published in the Annals of Botany.

Annals of Botany is an international plant science journal that publishes novel and substantial research papers in all areas of plant science, along with reviews and shorter Botanical Briefings about topical issues. Each issue also features a round-up of plant-based items from the world’s media – ‘Plant Cuttings’.