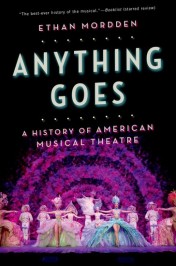 Anything Goes: A History of American Musical Theatre

In Anything Goes, Broadway historian Ethan Mordden takes us on a tour of the history of Broadway musicals over the past 100 years. From classical shows such as the 1903 production of The Wizard of Oz, to Jerome Kern and Oscar Hammerstein II’s original production of Showboat, and leading right up to Bernadette Peters’s recent turn in the 2011 production of Follies, take a tour of the evolution of the musical through the years and “all that jazz” that is has captivated audiences for ages.