Walmart now has stores in more than fifteen developing countries in Central and South America, Asia and Africa. A glimpse at the scale of operations: Nicaragua, with a population of approximately six million, currently has 78 Walmart retail outlets with more on the way. That’s one store for every 75,000 Nicaraguans; in the United States there’s a Walmart store for every 69,000 people. The growth has been rapid; in the last seven years, the corporation has more than doubled the number of stores in Nicaragua (see accompanying graphs — Figure 1 from the paper). 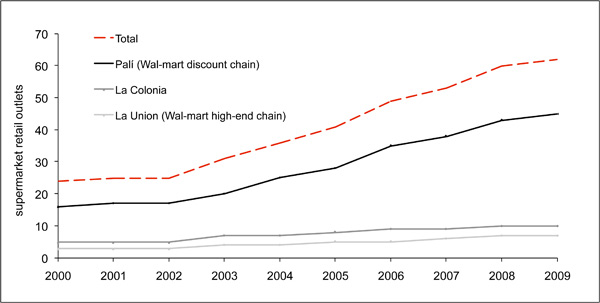 When a supermarket chain like Walmart moves into a developing country it requires a steady supply of fresh fruits and vegetables largely sourced domestically. In developing countries where the majority of the poor rely on agriculture for their livelihood, this means that poor farmers are increasingly selling produce to and contracting directly with large corporations. In precisely this way, Walmart has begun to transform the domestic agricultural markets in Nicaragua over the past decade. This profound change has been met with both excitement and trepidation by governments and development organizations because the likely effects on poverty and inequality are not known, in particular: 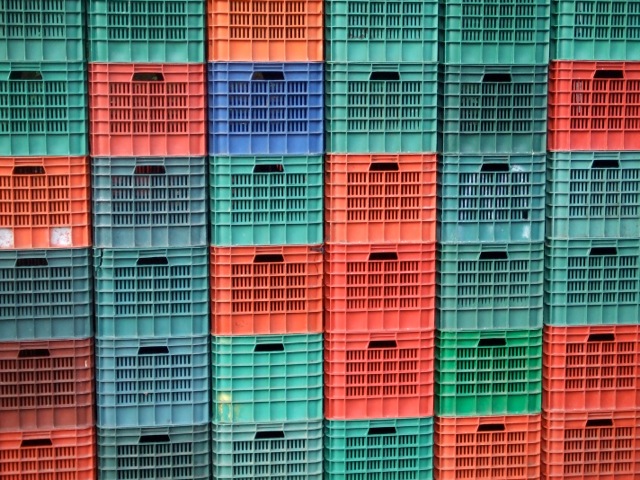 Supermarkets require that farmers meet standards related to production, post-harvest processing, and delivery; for example, the use of specific pesticides and fertilizers and the cleaning and packaging of vegetables. Moreover, supermarkets generally require farmers to guarantee production year round, which requires planning (sometimes across multiple farmers), irrigation and capital. These requirements can present significant challenges to small farmers with little capital and it is thought that such challenges could strongly effect which farmers sell produce to supermarkets.

First, because most existing studies rely on surveys of farmers living in the same area, we do not know how important farmer experience or assets such as farm machinery or irrigation, are for inclusion in supply chains in comparison to other farmer characteristics like community access to water or proximity to good roads.

Second, without measurements on supplier and non-supplier farmers over time it is difficult for a researcher to isolate the effect being a supplier has on the farmer. For example, if Walmart excels at choosing higher-ability farmers as suppliers, a study that just compared supplier and non-supplier incomes would overestimate the supermarket effect because Walmart’s high-ability farmers would earn more income even if they had not contracted with the supermarket.

With these two challenges in mind, I implemented a research project in Nicaragua in which I first identified all small farmers who had had a steady supply relationship with supermarkets for at least one year since 2000 (see accompanying graphs — Figure 2 from the paper). I also revisited 400 farmers not supplying supermarkets but living in areas where supermarkets were buying produce. My team and I surveyed farmers about their experiences over the past eight years: the markets where they had sold, the farming, land, and household assets they had owned. Since my study included farmers selling a variety of crops to supermarkets and measured how their assets, and supermarket relationships, changed in time, I was able to more rigorously address how these markets affected small farmers. The project was part of a collaboration between researchers Michigan State University, Cornell University, and the Nitlapan Institute in Managua.

Farmers located close to the primary road network and Nicaragua’s capital, Managua, where the major sorting and packing facility is located, and with conditions that allow them to farm year round were much more likely to be suppliers. Remarkably, this effect was much stronger than other farmer characteristics such as existing farm capital or experience. 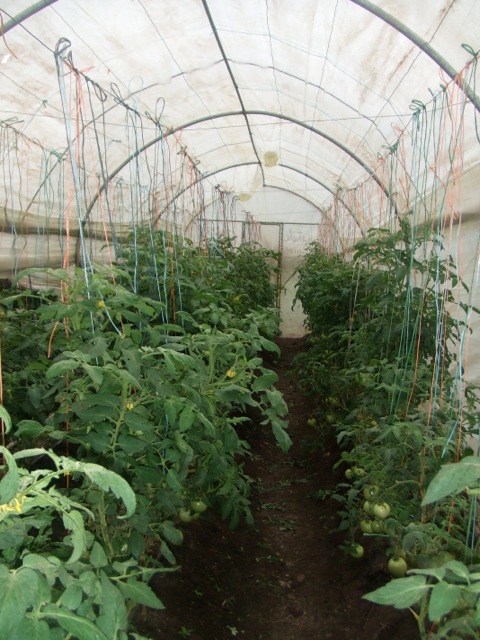 One way to think of income is as a flow of financial resources based, in part, on a farmer’s assets. By statistically relating a change in assets to a change in income I find that a 16% increase in assets corresponds to an average increase in annual household income of about $200 — or 15% of the average 2007 income for the farmers I studied.

Our previous work discovered that supermarkets don’t pay farmers a higher mean price than traditional markets but they do offer a more stable price. This analysis suggests a reason that household assets – and thus income — increase among farmers who sell to supermarkets; shielded from price fluctuations in the traditional markets by the supermarket contract, farmers invest in agriculture, in some cases moving to year-round cultivation. Farmers finance these investments through higher and more stable incomes and new credit sources. Income increases are attributable not to higher average prices but likely to increased production quantities.

NGOs have played an important role in small farmer access to supermarket supply chains all over the world. In Nicaragua, a USAID program funded NGOs to help small farmers sell to supermarkets. These NGOs established farmers’ cooperatives and provided technical assistance, contract negotiation, and financing. Do NGOs change farmer selection or outcomes? Do they choose farmers with less wealth or experience? Or do farmers working with NGOs benefit in a special way from supermarkets because of the services NGOs provide?

We find, on average, that NGO-assisted farmers start with similar productive assets and land as those who sell to supermarkets without NGO assistance. Nor do we find a special effect on the assets of NGO-assisted farmers. However, we do find that NGOs play a critical role in keeping farmers with little previous experience in vegetable production in the supply chain. Low-experience farmers who are not assisted by NGOs are more likely to drop out of the supply chain than those assisted by NGOs.

These findings offer grounds for optimism and also a measure of caution with respect to the effects of supermarkets operating in developing countries. Supermarket contracts improve farmer welfare, and the improvements are detectable in farmers’ assets. However, since being close to roads and having the ability to farm year round is so critical to inclusion in the supply chain, not all farmers will be afforded these opportunities. Moreover, because these trends are still nascent in Nicaragua and in many other parts of the developing world, it remains to be seen what the broader effects will be for the agricultural sector and development. For example, as NGOs invest in preparing more small farmers to supply supermarkets, the gains to farmers from joining supply chains may be lost to increased competition. Our results in Nicaragua suggest that, given the small number of supplier farmers, changes in rural poverty related to supermarket expansion will be modest, but how will these supply chains, and the benefits they represent for farmers, change over time? I am currently a part of a team studying Walmart supply chains in China, which will interrogate these questions on a much larger scale in the context of a global and rapidly expanding economy.

Hope Michelson is a postdoctoral fellow at Columbia University’s Earth Institute in the Tropical Agriculture and Rural Environment program. She completed her doctoral research in the Economics of Development in 2010 at Cornell University’s Department of Applied Economics. She is the author of “Small Farmers, NGOs, and a Walmart World: Welfare Effects of Supermarkets Operating in Nicaragua” in the American Journal of Agricultural Economics, which is available to read for free for a limited time.