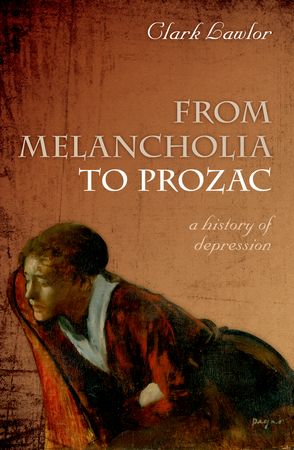 From Melancholia to Prozac: a history of depression

Does depression mean low achievement and social exclusion? Until recently the British law has suggested that this is the case…

‘For two or three years the light faded from the picture. I did my work. I sat in the House of Commons, but black depression settled on me.’

Starter for ten: who said this? (Apologies if you haven’t watched University Challenge). It was Winston Churchill, arguably the greatest British prime minister and certainly one who played a crucial role in guiding his nation through the Second World War. Churchill was, off and on, a sufferer of depression, which he called his ‘black dog’, following Dr Samuel Johnson, that great depressive of the eighteenth century and creator of the magnificent edifice of learning that was his Dictionary of the English Language. This particular comment by Churchill — to his doctor later on in life — refers to a bad bout of the melancholic condition in 1910. Churchill had thoughts about suicide, and was afraid of standing too near the edge of train platforms or the railings of a boat lest he be tempted to ‘end everything’. Nonetheless, Churchill managed his condition and went on — as we know — to be one of the iconic figures in British history.

This year the theme of World Mental Health Day, on 10 October 2012, is ‘Depression: A Global Crisis’. According to the World Health Organization, ‘unipolar depressive disorders’ (what we might think of as ‘major depression’ without the manic highs) were ranked as the third leading cause of the global burden of disease in 2004 and will move into the first place by 2030. There are many arguments about what exactly depression is, what might cause depression, how it might be diagnosed, and certainly many arguments about how it should be treated. Indeed there is a debate to be had about whether depression is under- or over-diagnosed. Clearly depression, like people, is a complicated phenomenon that needs to be carefully considered in the light of the circumstances of each individual, including their social world as well as the biological one.

Despite the intricacies of the depressive experience, we have some effective treatments for depression (however defined) that could help a great many people, whether they be the talking cure of CBT (Cognitive Behavioural Therapy) or the biological one of drugs like the famous Prozac (now partly superseded by newer forms of drug). Sometimes the two approaches are best combined, and sometimes more radical cures can be used. Either way, a great deal of research effort in many disciplines has been put into depression, and we are progressing, hopefully, and in fits and starts, towards a better understanding of the condition and its nuances.

It is both cheering and saddening to find, then, that at almost the same time as the WHO is promoting awareness about depression, the British parliament is going through the process of removing archaic laws that state persons who have had mental health problems are not allowed to serve as jurors, MPs, or even be a company director. Saddening, because it has taken until 2012 to get rid of laws dating from 1886, but cheering because attitudes to mental health are at last catching up with the more enlightened vision of physical disability exemplified so gloriously by the recent Paralympics.

Reading Hansard’s record of Parliamentary proceedings might not suggest itself as the most interesting activity for the average person, and many (like myself) probably share a deep suspicion of politicians in general, but when I read the 14th September debate on The Mental Health (Discrimination) Bill I was impressed by the quality of the debate and the unanimity with which the participants supported the Bill. The old laws encouraged the perception of mental health problems as abnormal and irreversible, rather than as common problems susceptible to cure and recovery.

Which takes us back to Winston Churchill, strangely unmentioned in the parliamentary debate, who is one of the best examples of how a person with depression can not merely cope with their condition but also be as successful as it is possible to be in one’s chosen profession, whether it be a politician like Churchill or man of letters like Samuel Johnson. Female examples of high-functioning depressives (to take just one mental health condition) are also legion. The parallel is not exact, but just as the paralympians have put the focus on ability rather than disability, so we have many historical and contemporary examples of people who live with mental health problems of varying severity, and yet make a huge contribution to their fellow human beings in whatever occupation. Of course depression involves suffering that we ideally wish to eradicate, but until that day comes it is crucial to remember that mental ill health, like physical ill health, is not an insuperable barrier to achievements of the highest order.

I had a black dog, his name was depression.
In collaboration with World Health Organisation to mark World Mental Health Day, writer and illustrator Matthew Johnstone tells the story of overcoming the “black dog of depression”.

Clark Lawlor is Reader in English Literature at Northumbria University, and is especially interested in the cultural history of disease. He has been publishing work on the history and representation of depression recently, partly as a result of his co-Directorship of Before Depression, a Leverhulme Trust-funded project on the nature of depression in the eighteenth century. His most recent work, From Melancholia to Prozac: a history of depression, published in early 2012. He previously published Consumption and Literature: The Making of the Romantic Disease (2006). Read his OUPblog post on imagining depression in literature.

COVID-19 and mental health: where do we go from here? [podcast]