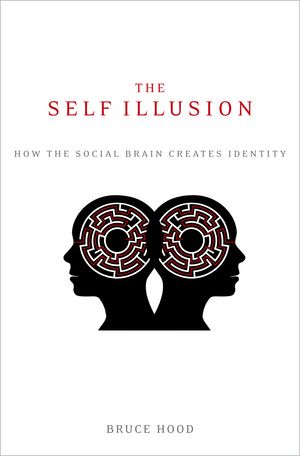 The Self Illusion: How the Social Brain Creates Identity


I have been known on occasion to offer an audience the opportunity to wear a second-hand cardigan that it has been cleaned for $20. After an initial “what’s the catch?” reluctance, a large proportion of the audience usually raise their hands to volunteer. At this point, I tell them that the cardigan previously belonged to a mass murderer. For US audiences, it’s Jeffrey Dahmer whereas Fred West is our psychopath of choice in the UK. At this point you probably realize that I am lying and the cardigan does not belong to either. However, just the mention of a killer is enough to make most of the audience lower their hands. There is something deeply repugnant about coming into contact with the clothing of someone we revile. There are always the few who say that they would wear the offensive clothing but invariably, the rest of the audience are equally disgusted that these brave individuals would do something so repellent.

This stunt is based on work by Paul Rozin and colleagues at the University of Pennsylvania who showed that most of us harbor an intuitive sense of moral contamination that is difficult to overcome. It’s as if a killer’s evil might rub off on us. Murderers kill for various reasons and sometimes for no reason at all, but they are all individuals that we want to steer clear of so much that even coming into contact with an item of their clothing revolts us.

There are different possible explanations for this reaction. Perhaps we don’t want to be seen to be doing something that we know others find revolting. However, that explanation simply restates the question about why so many people feel it is wrong to wear a killer’s clothing in the first place. A second account is based on a naïve biological understanding of evil. They may have some form of infection that influences their behavior in which case, it is best to avoid any possible contamination.

Most people, however, dismiss the killer’s cardigan demonstration as simple association. When you hear the names of Dahmer and West, these trigger negative emotions and possibly memories that are related to their vile acts. But that explanation is too simple. As common and appealing as association may be as an explanation, it fails to explain why an object of clothing is more likely to produce the negative reaction than say reading a biography detailing all the horrors of these murderer’s crimes. There is something more than just the thought of a killer which triggers our reaction

Embodied cognition is a recent theoretical perspective that seeks to explain cognition not as disembodied thought bubbles percolating up from our unconsciousness, but rather as multidimensional representation made up from the way we perceive and act in the world. Our perceptions and actions influence our thoughts just as much as the other way round. In the case of clothing, a recent study by researchers from Northwestern University demonstrated that wearing a white coat triggered more diligent attention on a task if the participants were told that it was a doctor’s coat than if they were told that the same coat was a painter’s coat. Apparently, we are more likely to associate thoughts of a doctor as signifying detailed mental focus than the thoughts related to an artistic painter. The important point was that there was no effect unless the participants wore the coat. Simply seeing the doctor’s coat was not enough to induce a shift in performance on the attention task. Embodied cognition is certainly an advance in explanation over simple associative priming, but why does wearing the clothing have such an important influence on our thoughts?

One possibility I favour is essentialism, the psychological assumption that there are invisible essences to things that make them what they are, regardless of how they look on the outside. This idea of hidden essential properties can be traced back to Plato’s notions of ideal form and, as scientifically literate adults, we now know that there is an essential quality that makes things what they are: DNA! But researchers such as Susan Gelman at Michigan have shown that even preschoolers reason about biology from an essentialist position. For example, they categorise different animals on the basis of some invisible property or essence that makes the animal belong to one species but not another. A little older and children understand that while you can change the outward appearance of an animal so that it looks different, it is essentially still the same. Preschoolers know little about genetics or philosophy so it seems that essentialism is a naturally occurring bias in the way that we make sense of the world. And it’s not just children. Biologist Richard Dawkins laments the general public’s failure to understand natural selection because of essentialism or “the dead hand of Plato” as he calls it. As essentialists, we see each species as unique, rather than understanding that all life is related by common genetic ancestry.

What has biological essentialism got to do with reluctance to wear a killer’s cardigan? Rozin’s work on moral contamination shows that we treat contact as a potential opportunity for infection. If we believe that certain people are essentially bad and “rotten to their core,” then it is easy to see how the combination of essentialism and naïve biological reasoning about morality can elicit thoughts and behaviors where one avoids contact.

Of course, the pendulum swings both ways. Killers might repel us, but researchers at Yale have shown that people are willing to pay good money for a cardigan they think belongs to George Clooney but especially if it has not been washed. In fact, when you take an essentialist perspective on the world, it explains so much of why we value certain objects over other identical objects, why genetic modification seems inherently wrong and why duplication of individuals is abhorrent. It is an intriguing world view.

Bruce Hood is Professor of Developmental Psychology in Societya at the University of Bristol. He has written two popular science books, SuperSense (2009) and The Self Illusion (2012). In 2011, he delivered the prestigious Royal Institution Christmas Lectures, “Meet Your Brain” which were broadcast on the BBC.

Brexit: when psychology and politics clash