The Latin for “winter; snowstorm” is hiems, a noun related in a convoluted way to Engl. hibernate. It is a reflex (continuation) of an old Indo-European word for “winter,” and its cognates in various languages are numerous. Germanic must also have had one of them, but it lies hidden like the proverbial needle in a hayrick. Old Icelandic (OI) gymbr means “one-year old sheep.” In the Scandinavian area, this word does not have an exotic ring, as follows from Modern Icelandic and Norwegian gimber ~ gymber ~ gimmerlam (the latter refers specifically to a sheep that has not yet lambed), along with Swedish gymmer with its dialectal variants. Despite some doubts expressed by etymologists, OI gymbr, gemla “one-year old sheep,” gemlingr “one-year old wether” (a wether is a gelded one-year old sheep; somebody may know the old tongue twister: “I wonder whether the wether will weather the weather or whether the weather the wether will kill”), gemlingr “hawk” (properly, “a one-year old hawk”), and even OI gói, the name of the month between mid-February to mid-March, share a Germanic reflex of the root preserved in Latin hiems (gim– ~ gym– ~ gem-). The speakers of the Old Germanic languages, like most of the Indo-Europeans, reckoned years by winters, so that all those animals are one “winter” old. To cite a parallel: British dialectal twinter “calf that is two winters old” is a well-known word. Even wether means, from an etymological point of view, “yearling,” because there was a word with the root wet– “year.” Via Latin we have it in inveterate (originally, “established by long standing,” then by extension “persisting in an ingrained habit”) and veteran, where vet-, as in Latin vetus “old,” unlike what we have seen in the animal names listed above, refers to old rather than young age. The same root turns up in veterinary, again referring originally to old animals, and veal, ultimately from Latin vitulus “calf,” very probably another “yearling.” Even Italia goes back to Vitalia (or Witalia) “land of young cattle,” named for the god of cattle, Mars. It follows that at some time Germanic-speakers had two words for “twelvemonth” different from year. They may have had three or more of them, as suggested by Gothic aþn “year” (þ has the value of th in Engl. thin), which seems to be related to Latin annus (as in Engl. annual, biennial, superannuated, and so forth). We witness the usual situation of upstarts edging out and beating old Indo-European words. Day, summer, fall “autumn,” and spring are all such. Incidentally, the custom of counting time by winters lived long. In addition to twinter, consider the opening line of Shakespeare’s Sonnet no. 2: ”When forty winters have besieged thy brow….”

Winter belongs with year, summer, day, and others: it is a Germanic innovation. However, it must have appeared early, because all the Germanic languages have a word like winter. Even in Gothic, which passed by summer, wintrus has been recorded. We have no way of knowing why those speakers discarded the gim– word, a cognate of Latin hiems, and relegated its root to the names of young animals. To complicate matters, Old Icelandic for “winter” does without –n-: it is vetr, which, predictably, also meant “year,” so that we find ourselves on familiar ground when we encounter OI vetrungr “yearling.” Although the East Scandinavian languages have the form with –n– (Swedish and Danish vinter), the coexistence of two forms cannot be denied, and a good deal of discussion has been devoted to this fact. But here we are more interested in the origin of the word than the niceties of phonetics.

It is unavoidable that the same puzzled question should come up again and again. If the Germanic-speakers coined new words for such basic concepts as summer and winter, they must have used the requisite stock in trade rather than fragments of nearly obliterated roots. For example, the Indo-European name of the dog (as in Latin canis) has been preserved in German Hund and Engl. hound. Dog is a word of unknown origin, but surely it does not go back to the ancient root dhagh “burn” (or something similar), presumably seen in Engl. day and OI dagr, even though an etymology along such lines would explain why the Romans called Sirius Canicula and perhaps even how hot dog got its name. Likewise, the origin of nerd, despite the never-ending references to Dr. Seuss, is obscure. What would be the reaction of modern scholars if I explained it as consisting of the negative prefix n-, the root of the word earth (compare Old High German er-o “earth”), and the Indo-European suffix (or even better, “extension”) d, from dh, the whole meaning “not of this earth”? Wouldn’t I have been laughed out of court? Yet a similar procedure is allowed and even looked upon with approval in the study of old words. 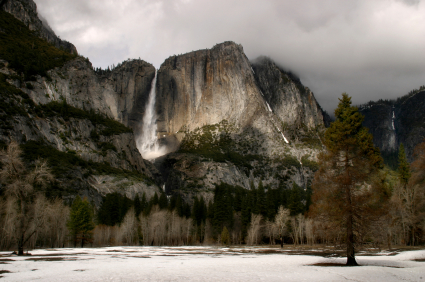 Three main hypotheses compete with regard to winter. Perhaps the word means “windy season.” Perhaps it does, but why then do we have winter rather than winder? No reason has been adduced for the change of –nd– to –nt-.

Then there is Old Irish finn (or find) “white.” If the Germanic-Irish connection is legitimate, winter will emerge as a white (snowy) season. No doubt, in northern latitudes winter and snow are inseparable. Unfortunately, no cognates of finn ~ find “white” have been attested in Germanic. How then did our proto-Germans come upon this root for naming one of their three or four seasons?

Finally, winter has been connected with the root of water. One can see a reflex of this root in wet. With this etymology in view, we are close to OI vetr and understand winter as a wet (rainy?) rather than “white” season. If –n– in winter is secondary, water (OI vatn) and vetr are close enough. This etymology remains the favorite of modern authorities. But since we have no information on where the word winter or vetr was coined, calling winter wet looks a bit adventurous. Vetr (the form without the “infix” n) is a local Scandinavian form, and in Scandinavia winter is certainly not a rainy time of year.

I will pass over the suggestion that winter is related to the Slavic root wed– “wither,” because the connection is too remote (as remote as the one between winter and Old Irish finn). More amusing but less profitable are the conjectures of a modern researcher who has conjured up a picture of an ancient anthropomorphic universe, in which winter was associated with the inside of a human body and therefore with words like Latin ventrus “stomach” (compare ventriloquist) or with a verb meaning “bend,” with reference to the tongues of flame, because sometimes the same word means “hot” and cold.”

But, just as in the discussion of summer, one clever hypothesis has been ignored, so it is with winter. In 1960 Fritz Mezger derived winter from a Germanic word for “left (side),” such as OI vinstri and Old Engl. winistre. There was no adjective for “left” common to all the Old Germanic languages, but the cognates of vinstri are absent only in Gothic. Mezger suggested that winter had the same suffix as Old High German winister “left” and glossed that “adjective” as “turned away from the south.” It will be remembered that Slavic leto “summer” also seems to have originally been an adjective.

The idea underlying the concept “left” is not always negative (“evil, awkward,” and the like), but if such was the case with vinstri and its congeners (it is far from certain that the root of vinstri is vin– as in OI vin-r “friend”), could winter mean “unfavorable season”? Mezger’s etymology has supporters, but in the rare cases in which dictionary makers mention it, it is treated on a par with the others: all of them allegedly carry little conviction. True, some difficulties have not been cleared out of the way, but of the guesses offered on the history of this word, Metzger’s seems to hold out the greatest promise. On this note I will close the miniseries “Seasons.” I ended up with spring, the source of new life (see the pregnant Primavera), a soft summer, the fall, in which deciduous trees lose their foliage, autumn, from French, (?) from Etruscan, and winter, which is either turned away from the south or augurs no one any good.