When Keats arrived in Winchester in Summer 1819, he was in search of a library. He’d come to polish off Lamia, but ended up composing the most-anthologized poem in the English language, supposedly inspired by his daily walk along the water meadows flanking the River Itchen. When we pitched up in Summer 2011 – a Romanticist, an Early Modernist, and a Plant Geneticist – we were in search of a Public Records Office, intending to buff the footnotes to an article on that same poem, the ode “To Autumn”. We were armed with a premise, “What if the field in Keats’s ode was (cue drum roll), not an allegorical field, not a cipher for, say, St Peter’s Field in Manchester (the location of the Peterloo Massacre), nor a mythic site of bucolic languor, but an actual Winchester field … and a central question, “Who owned the land?” By the end of the day, our investigations had confirmed something that seemed to us game-changing: the ode indeed speaks to a very specific Winchester field, and at a particular point in its history. More than that, our trip had revealed a hitherto unsuspected site for the location of that most famous of fields, as well as an unearthing about Winchester at the turn of the nineteenth century that has a great deal to tell us about the shaping forces at work in our own society, post-banking crisis.

On reflection, perhaps we should have been alerted to the happy coincidences that awaited us, and that would punctuate the duration of our visit to Winchester, by the striking name of our B&B host, Mrs Olivia Featherstone-Dilke – the Dilke line going back to none other than Keats’s close friend, and importantly his correspondent during his Winchester sojourn, the radical economist (and son of a Prime Minister) Charles Wentworth Dilke.

Arriving at Hampshire Public Records Office during lunch-hour, we decided to do what tourists do, and follow the route of Keats’s immortal walk from the city cathedral down along the water meadows (whose cornfields are the traditionally accepted site of inspiration for the ode), to the hospital of St Cross Hospital, and back. On the way, we passed the same bookshop, now P&G Wells, in College Street that Keats used in lieu of a “tolerable library”. In the window was Winchester University Press’s facsimile reprint of Charles Ball’s Descriptive Walks (1818), the tourist guide book thought to have provided Keats with his itinerary. Having purchased our copy, we promptly decamped to a pub opposite, where we indulged in the last oozings of the cider press. Two pints on, we noticed something odd in the frontispiece to Ball. The engraving depicts a view from St Giles’s Hill, the highest vantage point in Winchester, and in Ball’s estimation the go-to place for any self-respecting visitor to the city, affording views over the high street, the city mill and St Mary’s College. A dark-shadowed, elongated triangle in the bottom left-hand corner, we realized, was not merely scumbling, but a deliberate depiction of plough furrows. Often over-looked by scholars is the fact that Keats records climbing St Giles’s Hill (now “off the beaten track”, Winchester Tourist Board) in a letter to his sister Fanny. Could its south-facing slopes really have been under corn in Summer 1819? And what would Keats have gleaned from this elevation at the eastern extremity of the city? Stumbling back to the Public Records Office, we spent a happy hour or two peeling apart leaseholds to the stubble fields around Winchester, including those on St Giles’s Hill. The city-facing slopes, we were able to confirm, had indeed been appropriated for corn, most recently by banker and speculator, Nicholas Waller, who was then snapping up as much grain-producing land in Winchester as he was able. What’s more, this had occurred during a time of record bread prices. It was precisely this practice of financial and leasehold consolidation that Keats’s political mentor Leigh Hunt and Dilke railed against in The Examiner through 1818 and 1819 and a little later in a densely argued pamphlet on economic theory, The Source and Remedy of the National Difficulties, Deduced from Principles of National Economy.

Nicholas Waller was an entrepreneur, a “new man” of the same stripe as James Robbins, the publisher of Ball’s guide, book-shop owner and landlord. It became clear to us that Robbins and Waller, and men like them (including John Benham, privatizer of the city mill, and future mayor), were key figures in the ideological “cloud” around the ode. Robbins was involved in shifting Winchester away from its ancient identity as a market town rooted in traditional, community-based agrarian practice towards a nostalgic confection of the city as a tourist destination, a place of leisure and repose. Arguably, he had some success in this respect with his ongoing series of sentimental guidebooks and popular prints of contented labours framed by leafy prospects. Waller was able to take full advantage of Robbins’s efforts to rebrand Winchester.

As for what Keats would have seen from St Giles’s Hill… Everything, it turns out. At any rate, the tableaux of harvesting and processing, those scenes of labour – and arrested labour – so familiar from the ode “To Autumn” would all have been visible to Keats from the brow of St Giles’s Hill, at just about the elevation enjoyed by the imagined outlooker in the frontispiece to Descriptive Walks. Keats would have looked west towards the city over a cornfield, over the city mill, and over a brewery (in St Mary’s College). Keats’s touristic journey to the famous vantage point, to the very site of the most potent of the printer-publisher Robbins’s visual iconographies, furnished the poet with the conceptual perspectives of his poem. It is from this spot, not primarily from the water-meadows, that the political contours of the ode are derived – it is here where the poet’s ideological reflex against Robbins’s and Waller’s new vision of Winchester takes place.

With the ode, Keats enters a contemporary economic and political debate given edge by friends such as Hunt and Dilke around labour (and its withdrawal) and “idleness”, surplus and profit, fair wages and fair prices. Seen in this light, the poem’s images of apparent bucolic idleness – the reaper whose hook spares the next swath, who lies drowsed on a half-reaped furrow – in fact harbour an intellectually rigorous resistance. Reading the poem with such a focus on its Winchester setting allows us to understand “To Autumn” in the maturing light of the poem’s engagement with agricultural techniques specific to Hampshire at a time of national dearth. It also enables us to address Keats’s siting of his own poetic practice within this changing market economy.

One walk in Keats’s footsteps revealed more than years of re-reading “To Autumn” from a distance as a gleaning of literary precedents and allusions, or as a scene abstracted from history. We went to Winchester to find a field. We did. It lies buried under a multi-storey car park. 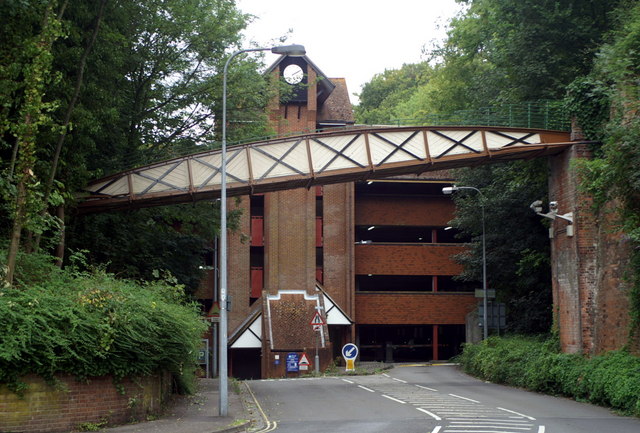 Richard Marggraf Turley, Jayne Elisabeth Archer, and Howard Thomas are based at Aberystwyth University. Together they published the paper ‘Keats, ‘To Autumn’, and the New Men of Winchester’. Access to this paper has been made free for a limited time by The Review of English Studies.