Not one, but two new blog editors! Alice Northover joined the OUPblog in January 2012 as our New York-based Editor-in-Chief. Social Media Manager here at Oxford University Press, you can also find her tweeting @OUPAcademic and Facebooking as Oxford Academic. Prior to joining Oxford, she worked in book publicity, annoyed colleagues about social media, argued semantics, and fantasized about running away to Paris and living as a late 1950s “intello.” Now she can be found wandering aimlessly around New York, obsessing about her cat, and still arguing semantics. And now on to a quick self-interview for you blog readers… –Herself

What book are you reading right now?
I’m reading Is That a Fish in Your Ear? : Translation and the Meaning of Everything by David Bellos, which I picked up entirely because I saw the book trailer a few months ago. I’m a bit of a word nerd, which only got worse when I studied French and made a brief attempt at becoming a translator. When you come across a word that stumps you, just stealing that word into English feels incredibly satisfying.

Which word do you have to look up in the dictionary repeatedly?
I can’t remember. Why do you think I have to look it up so much? I’m fairly certain it begins with “p.”

What weird things do you have in your desk drawer?
I haven’t built up a drawer full of weird objects yet, but I do have band aids (“plasters” to our UK readers), lavender hand cream, nail clippers, and some heel inserts. I have two pairs of shoes in my filing cabinet and no files.

What do you look at on the Internet when you think no one’s watching?
I have an irresistible urge to look at slideshows of celebrity dresses after awards ceremonies. I’m very ashamed of this habit.

What’s your favorite bookstore?
A tough decision in New York — we have so many great bookstores. I’ve loved St. Mark’s Bookshop in the Village since my days at NYU. It’s small, friendly, and “curated” as people like to say when justifying the existence of independent bookstores. I’m also very fond of Book Culture on the Upper West Side, my go-to place for esoteric academic titles on Persian military garb or Byzantine political history.

If your friend were visiting NYC, what is the one thing they should do while they are here?
Go for a walk along the High Line, an old elevated freight rail line that has been converted into a public park. Walking among wildflowers while three stories up between (and sometimes under) buildings gives you an entirely different perspective on the city. And it seems crazy, but New Yorkers walk differently on the High Line. They stroll.

Which book-to-movie adaptation did you actually like?
I enjoyed the Girl with the Dragon Tattoo Swedish films (haven’t seen the American one yet). One quibble: The second book has a killer closing line; why didn’t they use that in the movie? Also, Gary Oldman should win an Oscar for Tinker, Tailor, Soldier, Spy. Excellent movie and he’s amazing in it! 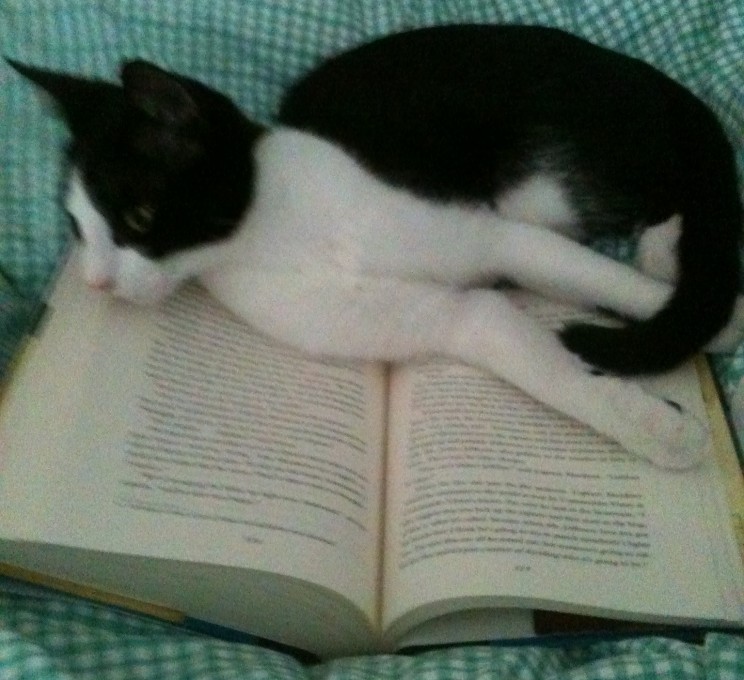