To an etymologist ache is one of the most enigmatic words. Although it has been attested in Old English, its unquestionable cognates in other languages are few. Low (that is, northern) German dialects have äken “hurt, fester,” ake “finger inflammation; whitlow; secretion from the eye,” and the like. Bavarian acken “hurt” is isolated in the south, and its status in relation to Engl. ache is unclear. It has been suggested that Finnish äkä “hatred” is a borrowing from German. May Finnish linguists discuss this idea. We will content ourselves with saying that the “Germans” who colonized Britain brought the noun ak- and the verb aka- to their new home and preserved it.

This is what people failed to discover about the origin of ache: (1) Does the English-Low German word have congeners outside its restricted area? and (2) Did its meaning (today it is “dull, steady pain”) develop from an abstract notion referring to discomfort, or was its starting point the name of some painful symptom, as suggested by “fester” and “inflammation”? Etymological dictionaries either present dogmatic answers, without pointing out that the truth is hidden, or drown their ignorance (of which they need not be ashamed) in extraneous information. Following the OED, they often explain in excessive detail that ache, verb, and ache, noun, had different forms in Old English, that the noun was indeed pronounced with ch, that the immensely influential lexicographer Samuel Johnson was unaware of the true state of affairs, and that this is mainly the reason we have the preposterous spelling still used. But the OED does not have to offer etymologies when those are unknown, while special dictionaries are expected to say something definite on the subject, a temptation to which they often yield, though keeping silent is preferable to misleading or hoodwinking readers. Some dictionaries send us away with the verdict “origin uncertain,” which is correct but uninspiring. It seems that we are damned if we do and damned if we don’t. My task is easier: I will describe the situation and leave it at that.

The earliest English etymologists, from the seventeenth century on, believed that ache had been derived from Greek ákhos “grief, pain.” Today we know that English was not “derived” from Hebrew, Greek, Latin, Gothic, or German, but even juxtaposing ache and ákhos is hard, because Greek kh does not match Engl. k. Yet a bond between the two nouns can be imagined if we assume that both go back to some interjection like German ach! (that is, akh!). Although Old English ak ended in k rather than kh, interjections need not follow rigid phonetic rules. This etymology has been proposed by such different people as Hensleigh Wedgwood, a scholar who attempted to trace too many English words to sound imitation, and (tentatively) by Ferdinand Holthausen, a cautious researcher who never allowed fantasies to run away with him. All things considered, an exclamation is an unlikely source of ache, though akh!, okh!, ukh! can serve as the foundation of words for moaning, groaning, and the like. (Gothic auhjan “make a noise,” if pronounced as ohjan, is perhaps one of them.)

Since, outside Germanic, Engl. k corresponds to g, etymologists exploring the origin of ache looked for Indo-European words beginning with ag-. Greek had ágos “a great sin incurring a curse.” The Old Engl. for ache was æce (æ, as a in Modern Engl. man) ~ ece, and ágos is a tolerably good match for it, except that one expects Proto-Germanic ákis, not ákos (only i in the second syllable would have caused the change of a to e). This etymology occasionally turns up in modern dictionaries, though with some hedging. More about ákhos and ágos will be said below. Some of our most authoritative sources state that ache is related to Latin agere “drive,” with an unexplained change of meaning (via “impel, force”). The frequentative form of agere is agitare “agitate,” which seems to provide a link between “drive” and “pain”; a few moderately convincing Scandinavian and Finnish parallels of a similar semantic shift have been cited. Despite the near consensus on the agere–ache etymology among many distinguished scholars (note that the OED offers no proposal on the origin of ache!), I would risk a minority opinion. With respect to physical pain, and that is what ache seems to be about, we may remember the questions doctors ask when they want to find out what is wrong with us: “Will you describe your pain as burning, piercing, stabbing, or throbbing?” Some concrete notion like “burn” or “throb” would be a more acceptable basis for “ache” than “drive.”

Two circumstances may be relevant to our search. In the Germanic languages, we find a group of similar-sounding words referring to unpleasant sensations. Such are German Ekel “nausea; disgust,” which at one time competed with a synonym having r in the middle (erken ~ erkeln “to abhor, loathe”), Dutch akel “grief” (the common word is the adjective akelig “dismal; nasty”), German heikel “tricky, delicate” (said about a situation; known only since the sixteenth century), Old Icelandic eikinn “raving mad,” corresponding to Old Engl. acol (with long a) “frightened,” and ekla “lack.” Also, there is no shortage of analogous ag- words: for instance, Gothic aglo “anguish; affliction” (its English cognate is ail) and agis “fear” (here the English cognate is awe). Old Engl. ag-læc ~ ag-lac (both vowels were long) meant “grief, distress”; aglæca “monster” is familiar to the readers of Beowulf in the original. With other vowels we find Old Icelandic uggr “fear” (the root of Engl. ugly); in Norwegian and Swedish agg “anger” corresponds to it. In Icelandic, agg means “squabble, quarrel,” and one can easily imagine the character of the Icelander who once had the nickname Aggi. Incidentally, the Indo-European root ak- meant “sharp,” and its reflexes are many, for example, Latin acutus “acute” (from which English has, via French, ague). It is as though all over Europe, from Greece to Scandinavia, ag- ~ ug- and ak – ~ aik- ~ eik ~ ek- ~ (?) heik were at one time the favorite syllables for designating things causing pain, arousing fear, loathsome, and “icky,” those about which we say yuck.

The second consideration is this. In Indo-European, the vowel a occurs with some regularity in words denoting lack and physical defects. This has been noticed by Ferdinand de Saussure, a great language historian and one of the founders of structuralism, though most of his examples are not from Germanic. Such observations are too general to furnish a clue to individual solutions, but it is characteristic that hardly any word mentioned above has an established etymology. The same can be said about words for “illness,” including smart, sick, and especially ill (Engl. ill is a borrowing from Scandinavian). In this area, taboo must have been rampant: don’t call an ailment by its name, and the spirit controlling it will be kept at bay. 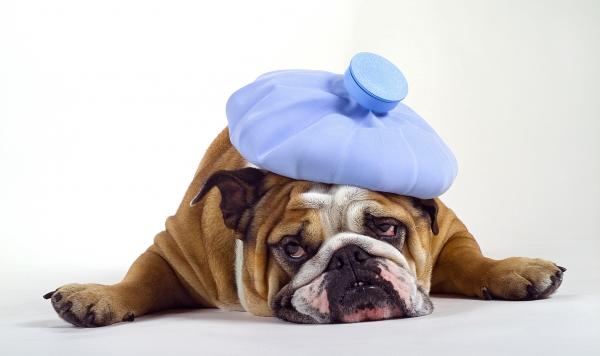 So what is the conclusion? Ache is of course a word “of uncertain etymology,” and such it will remain for all times. It might be a symbolic coinage of sorts, with the vowel a playing some role in its early history, and it might be part of a sizable group of words beginning with ag-, ak-, -aik, all of them referring to guilt, fear, suffering, and disgust. If so, Greek ákhos and ágos belong with it in a loose way, but neither can be called its cognate. (A conclusion along these lines must have appealed even to such a serious scholar as Jan de Vries, who compared Old Icelandic ögurr, allegedly “pain,” and Greek ákhos.) I would dissociate ache from Latin agere ~ agitare and advise lexicographers not to give this etymology as proven. Other than that, ache is ache.