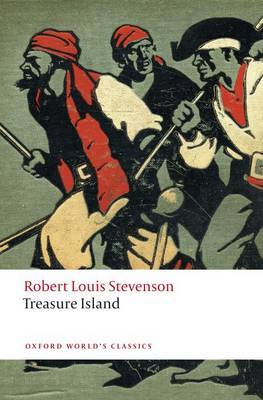 It is nice to think that now and then children have changed the course of literary history.

Captain Frederick Marryat, an experienced Naval Officer, was a pioneering writer of sea-and-island adventure stories, such as  Peter Simple (1834) and  Mr Midshipman Easy (1836). One day his children asked him to write a sequel to The Swiss Family Robinson, Johann Wyss’s extravagant embroidering of the Robinson Crusoe story, which had found its circuitous way into English via William Godwin’s translation of a French version in 1816. Marryat  was not amused. To begin with, he could hardly bring himself even to think about the quality of the seamanship ‘or want of it’ in the book – although the ignorance displayed was typical of the genre. He was even more disgusted by the fact that

much ignorance, or carelessness had been displayed in describing the vegetable and animal productions of the island on which the family had been wrecked. The island is supposed to be far to the southward … yet in these temperate latitudes we have not only plants, but animals introduced, which could only be found in the interior of Africa or the torrid zone, mixed up with those really indigenous to the climate.

But did it matter? After all, it was only a story – and a children’s story at that. Marryat was (as many writers have been since) very firm on this point:

It is true that it is a child’s book; but I consider, for that very reason, it is necessary that the author should be particular in what may appear to be trifles, but which really are not, when it is remembered how strong the impressions are upon the juvenile mind. Fiction, when written for young children should, at all events, be based on truth.

Marryat died in 1848, so he never came to read the greatest, most complex, most ambiguous, and most epoch-making sea-and-island story of all, and, consequently never got to disapprove of it.

When, in 1881, at the (alleged) request of his stepson Sam Osborne,  Robert Louis Stevenson, the magic butterfly of nineteenth-century British fiction, started ‘on a chill September morning …by the cheek of a brisk fire’ in ‘the Late Miss McGregor’s Cottage’ at Braemar to write a sea story, he took some pains – at first – to base it on truth. He asked his friend W. E. Henley to send him ‘the best book on Buccaneers that can be had’, and Henley obliged with Charles Johnson’s compendious A General History of the Pyrates. So far, so good.

But when he came to write about seafaring, Stevenson had to admit to Henley that ‘my seamanship is Jimmy’. The ship that carries Jim Hawkins and Long John Silver and the rest to the Island, the Hispaniola, should have been – for such a journey and such a crew – a brig – a two-masted, square-rigged ship. But Stevenson only knew how to sail a schooner, and so he consciously allowed an anachronism – ‘for in the days of John Silver, there was no such vessel upon the seas.’ In fact, he was wrong – schooners had been around since at least the beginning of the eighteenth century – but  in any case, he got rather bored with writing about the sea voyage, and eventually forgot how many masts the Hispaniola was supposed to have and when the dog-watches were.

Marryat would not have thought much of this, but he would have been even less impressed by the flora and fauna of Treasure Island, which, by all indications was supposed to be  somewhere in the pirate-infested Caribbean. Sadly, as Stevenson conceded, ‘the scenery is Californian in part, and part chic’: Jim Hawkins encounters a rattlesnake, a species confined to the American mainland, nutmeg trees, which are natives of Indonesia, and which were only introduced into the Caribbean by the British in the early nineteenth century, and live oaks, which are found on Stevenson’s old stamping ground, the Monterey peninsular.

But, like the rifle-ball that sings through the door of the hut in the stockade fifty years before rifle-balls were invented – does any of this matter? Were the good Captain’s strictures really concerned with a world in which children’s books were at root didactic, whereas in Stevenson’s amoral, toy-theatre parallel universe children are being introduced to much more subtle, much darker, and more important matters.  We can only hope that Captain Marryat would have been flattered that the fight Stevenson’s stockade bears  a startling resemblance to the fight at the stockade in Masterman Ready, and be grateful that his children, and young Sam Osborne helped to produce, in Treasure Island, one of the most disturbing and revolutionary tales of the century.

Peter Hunt was the first specialist in Children’s Literature to be appointed full Professor of English in a British university. He has written around twenty books on the subject, together with hundreds of articles and reviews. He has also published four novels for young adults and two shorter books for young children. He is the editor of the new Oxford World’s Classics edition of Treasure Island, and has previously written on The Wind in the Willows and The Secret Garden for OUPblog.