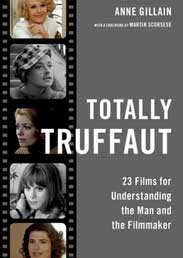 Totally Truffaut: 23 Films for Understanding the Man and the Filmmaker

François Truffaut is among the few French directors whose work can be labeled as “pure fiction.” He always professed that films should not become vehicles for social, political, religious, or philosophical messages. As Bunuel used to say: “My cinema is not meant to be understood. When you understand, you reach a meaning. If you reach a meaning, there is no use for images.” Martin Scorsese flatly declared: “If I could put it in words, I would not have to put it in films.” The specificity of images is to transpose something that goes beyond the linguistic and the cognitive. Truffaut called it emotion as opposed to ideas and he was supremely gifted at delivering this precious good in his work. What exactly is emotion? This innocent word covers a fearfully complex process.

Truffaut grew up in an atmosphere of secrets and lies. He was unwanted child and found out when he was 10 that his father was not Monsieur Truffaut, but another, unknown, man. Early on, he confronted a world where words could not be trusted and learned to rely on the accuracy of non-verbal signs. His fictions expertly reactivate the silent grasp of the external world associated with pre-linguistic perceptions and create a pregnant reality alive with telling gestures, lights, colors, motions, sounds, music. A brilliant film critic and script writer, Truffaut also worshipped the formidable power of language. His films abound with letters and literary texts and cultivate elegant dialogues. He devoted one of his most beautiful films to the duality of language, verbal and non-verbal. In The Wild Child, he confronts a scientist—played by himself—writing his diary and a little savage who will never master the use of words, but still displays a natural gift for deep connections.

Truffaut translated a rich perceptual world into hallucinatory landscapes. Under a deceptively realistic guise, images of his heroes chasing magical women in the streets of Paris become beautiful and universal metaphors for human destiny. His fictions give a geographic reality to emotions, memories, perceptions we cannot grasp or control. These metaphors suggest a hidden order organizing this buried material and bring it to light with exhilarating clarity. We are suddenly face to face with subterranean passions and we love what we see, instead of experiencing them amidst fear and confusion.

Truffaut often declared that human destiny is imprinted by what happens to a man between the ages of 8 and 12. To illustrate how his metaphoric constructions are charged with deep autobiographical overtones, I want briefly to compare two films dealing directly with these years in his life: The 400 Blows (1959) and The Last Metro (1980). More than 20 years separate these works. The 400 Blows is Truffaut’s first film and The Last Metro his antepenultimate one. He would only make two more films before his death in 1984. Besides covering the same time-period, they share another characteristic: both were his two biggest financial successes. They obviously delivered a powerful emotion to audiences. In every other respect, however, they completely differ.

First, style: realistic in The 400 Blows filmed in black and white and natural decors; elliptical and allusive in The Last Metro, which uses a studio-like set and a rich palette of colors where a deep red dominates. Second, narrative: The 400 Blows follows the social exclusion of a lonely 12-year-old boy who is successively expelled from school, home and Paris, and is ultimately locked up in a center for delinquents in Normandy. The Last Metro depicts the life of a theater during the German occupation, with a large cast of characters who closely interact in a series of subplots dealing with secrets, transgressive love, and creativity. A third difference sends us back to dates. Truffaut, born in 1932, was between 8 and 12 years old during WWII. He chose to film The 400 Blows in a 1959 setting, while The Last Metro is set in the Paris of the French Occupation. In The 400 Blows, we have the child, but not the décor; in The Last Metro, the décor but not the child.

Or so it seems. One feature common to both films is the presence of a formidable woman: in one, the child’s mother; in the other, Marion Steiner, played by Catherine Deneuve. Enigmatic, lonely, distant, somewhat scary but totally fascinating, both women harbor a secret: the former is hiding a lover; the latter a husband. The main dramatic twist in both narratives will be the unveiling of this secret by the hero: Antoine Doinel, will run into his mother and her lover in the streets; Bernard Granger (Gérard Depardieu) will discover Marion’s hidden Jewish husband in the cellar of the theater. From the beginning, Granger is associated with a young boy, the concierge’s son— who will be Deneuve’s illegitimate son in the play the theater is rehearsing. In The Last Metro, we also have a second major male figure: Deneuve’s husband, the creator in the cellar. In other words, in The Last Metro, Truffaut is present under three different personas: as a child, as a lover, as a celebrated creator.

Like Antoine Doinel, the creator is in jail, hiding and threatened because he is Jewish. Truffaut suspected that his unknown biological father was Jewish, and Catherine Deneuve was one of his great loves after their meeting on the set of The Mississippi Mermaid in 1969. Their break-up broke his spirit in 1971. “Love hurts” a line from The Last Metro, is a quote from The Mississippi Mermaid. The 400 Blows and The Last Metro form a diptych; they’re two complementary facets of Truffaut’s childhood. The 400 Blows evokes the loneliness of a rejected child, The Last Metro the healing art can dispense. The theater it depicts, with its red velvet seats, is a wonderful space, protected from the threats of the outside world (the Gestapo) and dominated by a radiant star figure in a splendid red dress (Marion Steiner). This is Truffaut’s everlasting image of the cinemas of his childhood.

Autobiographical material in The Last Metro is ubiquitous, albeit most cryptic—

so cryptic that it eluded even Truffaut’s directorial eye. I wrote my first essay on The Last Metro while Truffaut was still alive. He read my analysis and told me he was “staggered” by it. Knowing nothing about his illegitimate birth and his Jewish father, I was explaining that Bernard was in the position of a child who explores the maternal space and discovers the hidden father. Under the guise of a historical film, Truffaut had unknowingly projected, within a beautiful metaphor, the secret of his birth. This anecdote is meant to make an essential point: metaphors belong to the pre-linguistic perceptions; they escape the control of the cognitive mind. This is true for both the creator and the spectator.

Metaphor seems to be a key word to define Truffaut’s art. In each of his films, he seems to craft a new one almost more elegant, arresting, and poignant than the one before. The metaphoric constructions are embedded in formal elements that are peripheral to the main narrative. While analyzing The Last Metro, I decrypted the metaphor by focusing only on spaces, colors, and movements and ignoring the plot. Truffaut’s first film, The 400 Blows, is already profoundly metaphoric. Jean-Pierre Léaud was instructed not to express any explicit emotion while acting. The film’s form, in appearance naturalistic, furnishes secretly, through images, the key to the child’s inner rift. One example: the camera work sets up a contrast between the streets of Paris filmed in long mobile tracking shots and the inside scenes where fixed close ups dominate. The use of space captures a fantastic vitality frozen by the constraints of school and family life. Antoine’s long run at the end of the film brilliantly picks up both this spatial energy and its counterpoint in the last frozen shot by the sea.

Truffaut’s metaphoric constructions have a double function. While displaying a subterranean reality through formal arrangements, they generate a light hypnosis in the spectator. This perceptual mode differs radically from our normal ways of perceiving. It is not only different, it is accessible only through fiction and its metaphoric language. Emotion is hypnosis. Fiction opens a perceptual experience otherwise unreachable except, possibly, with alcohol and drugs, which however both lack the harmony inherent in art and, clearly, its safety. Mystical rapture would be another avenue, albeit much less within everyman’s reach than a film ticket. As the anthropologist Gregory Bateson writes: “What unaided consciousness (unaided by art, dreams and the like) can never appreciate is the systemic nature of the mind.” Art, in all its forms through the centuries, is not a luxury, but an adjuvant, an ancillary to our equilibrium and even survival, as Bateson suggests: “Unaided consciousness must always tend toward hate.” The systemic mind fosters empathy.

Great films also have moments when the hypnotic process breaks down because the images suddenly concentrate, in a fantastic coda, all the formal elements of the metaphor. This overload of effects wakes up the viewers and imprints the scene forever in their memory. It becomes what we call “an iconic scene”: Marilyn Monroe on the subway grate; Anita Ekberg in the fountain of Trevi, De Niro in the “You’re talking to me” scene of Taxi Driver and, of course, Antoine Doinel facing the viewer, his back to the sea, at the end of The 400 Blows. This last image is, by general consensus, one of the most memorable shots in the history of cinema.

At this point we may well ask two questions: Did Truffaut know he was putting this architecture in place? Do viewers realize it exists? As I suggested earlier, the answer to both questions is almost certainly no. Knowledge implies a conscious, deliberate cognitive operation, one that is lacking on the parts of both creator and spectator. Truffaut conceived his films as a trajectory in space, as rhythms and forces in movement. The logic of this vision instinctively guided his creation of the mise en scène; the viewer responds unknowingly to the call of these forms. They trigger the pleasure of the film, which becomes the locus of a passionate dialogue between two unconscious minds, one forcefully leading the other. Such is, in fact, the film’s raison d’être. When we go to the movies, this is what we crave. Basking in the dim light of great films, we rejoice in this pause in our daily routine—a pause as indispensable as it is blissful.

After earning a PhD at Harvard, Anne Gillain taught courses on French cinema at Wellesley College. She met François Truffaut in 1979 while writing a memoir on his films and remained in touch with in until his death in 1984. This was the prelude to a series of books that have been translated in English by Alistair Fox: François Truffaut: The Lost Secret, Truffaut on Cinema. She also published A Companion to François Truffaut, a volume of articles edited in collaboration with Dudley Andrew.