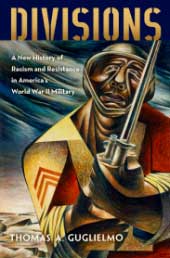 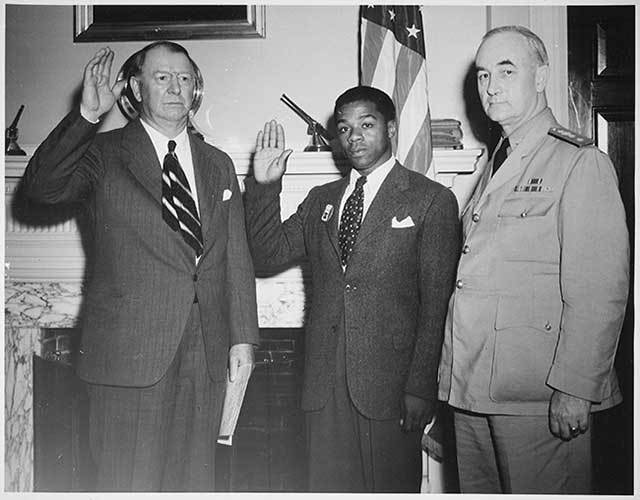 William Baldwin was the first African American recruit to the US Navy's General Service in June 1942. For years, the navy restricted Black men to the Messman Branch, where they shined shoes, washed dishes, prepared meals, and ironed clothes. That policy changed with Baldwin’s enlistment, but only after years of mounting Black protest. William Baldwin, June 2, 1942. Navy Secretary Frank Knox is to Baldwin’s right. Courtesy National Archives, 208-NP-8B-2.