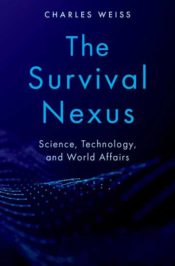 To avert catastrophic climate change will require huge changes in energy, transportation, land use, urban systems, infrastructure, and industry, involving government, business, educational and research institutions, civil society, and the general public. None of these restructurings will be easy. Each will encounter technical difficulties and strong political opposition. Taken together, they will require national strategies specific to each country, sustained over time, and adjusted with experience, combined with political strategies to address the institutional, legal, political, and bureaucratic obstacles to rapid, far-reaching change throughout the economy. These need to go together with communication strategies to achieve public understanding and buy-in. They will require popular tolerance for policy learning—trying out methods for encouraging needed change, monitoring results, learning from successes and failures, and putting the lessons of experience into practice. Not a small order.

This is the problem facing the upcoming international climate meeting in Glasgow, known formally as the Conference of the Parties of the UN Framework Convention on Climate Change. Putting a price on carbon, stimulating technological innovation, and funding scientific research are all only essential first steps if even the relatively modest target of 2°C agreed by the world’s governments in Paris in 2015 is to be met, let alone the aspirational target of 1.5°C especially urged by Pacific islands that are in danger of inundation. To put these targets in perspective, the wildfires, hurricanes, and floods of 2021 were exacerbated by the current level of only 1.2°C of global warming.

Let’s look at a few parts of the economy to see how this might work.

We first look at energy, which is responsible for some two thirds of annual global CO2 emissions. Here the major issue is that electric power must expand so that transportation, space heating, and some industries (steel making, for example) can be electrified in order to improve their energy efficiency. It is important that renewable sources feed this expansion. A sizable part of this is likely to come from decentralized sources like windmills, rooftop solar, and perhaps even electric cars in reverse charge mode.

Integrating a high proportion of wind and solar resources into electric power systems changes the classical utility model of base- and peak-load generators and centralized grid operations in fundamental ways. Wind and solar energy are intermittent and unpredictable. The wind does not blow all the time and its strength can fluctuate rapidly when it does. The sun does not shine at night; daytime clouds can obscure it from minute to minute and from place to place. A solar-equipped building may use the electricity its panels generate at one time and export it into the grid a little later.

This means that there will be fluctuations both in the supply of electricity and in demand, which can last for milliseconds, seconds, hours, or (in the case of seasonal variations) months. These fluctuations are unlike those in the classical utility model, which were only in demand. Managing them requires quick-response distribution grids to allow electricity to flow efficiently in any direction, as well as flexible, high-capacity energy storage and an expanded “super-grid” of high-capacity transmission wires to transfer power from one place to another, together with a digitized payment system that can keep track of the transfers.

In this new system, digital technologies will play a vital role, providing faster response, improved asset management, smoother interfaces, and more efficient data collection and sharing. All this means major changes in energy markets, in the business models of electric energy companies and in the job descriptions of their engineers and managers, as well as a whole new set of generators and storers of electric energy. In the US, it means reform of the rigid, balkanized system of state-based regulation of the electric grid, changes that are also needed to improve its security and resilience.

Turning to efficiency in the use of energy, the energy intensity of economic growth—the amount of energy it takes to produce a given rise in GNP—has been decreasing in high-income countries over the past two decades, thanks to improved energy efficiency in industry via recovery and use of waste heat, use of renewable sources of process heat, the redesign of industrial products, and more recycling and more efficient use of materials.

There are equally important possibilities for energy conservation in agriculture, urban design, buildings, and transportation. Most of them will cost money upfront and attract political opposition. They will not take place without carbon charges sufficient to translate the “externality” of climate change into costs that influence the business decisions of companies and financial institutions and the planning and policy decisions of government authorities at national, regional and municipal levels. Many will require changes in infrastructure that could take half a century or more before they would normally need to be replaced, as well as changes in public attitudes and policies that also take a long time to take hold.

Agriculture is a major worldwide source of greenhouse gases. In technologically advanced areas, industrial agriculture uses fossil fuels for plowing, planting, and harvesting, for manufacturing fertilizer, for pumping irrigation water, and for sustaining far-flung supply chains. Agricultural soils store a large quantity of organic material, much of which is oxidized to carbon dioxide when exposed to air by plowing. Mineral fertilizer degrades chemically into nitrous oxide (N2O), a greenhouse gas 300 times more potent than CO2, molecule for molecule. Clearing forest lands for cropping decreases reflected sunlight and returns carbon dioxide to the atmosphere as trees decompose. Rice paddies produce large amounts of methane, as do peat soils when they are drained to create farmland or palm oil plantations.

The list goes on. Livestock converts only a fraction of feed into meat. Cow burps and flatus are large sources of methane. Uneaten food also contributes to climate disruption: in low-income countries as losses in the field, after harvest, and in storage, and in wealthier countries as garbage generated in food preparation and in storage before and after meals. When incomes increase, people eat more meat, increasing their ecological footprint. Each of these issues involves complex economic, social and institutional forces.

“Heating and cooling buildings produced some 30% of CO2 emissions worldwide in 2012.”

More than three quarters of the world’s population will be living in cities by the year 2050. (The present figure is about half). Since more than 70% of world carbon dioxide emissions and 65% of world energy demand originates from cities, this urban explosion has enormous consequences for climate change. Even so, there are opportunities for conservation. Cities can reduce sprawl, can preserve forests and agricultural land, and can make transportation less dependent on private automobiles. LED street lighting can save energy. Older cities and towns can revitalize their downtowns and industrial areas, and can encourage vertical growth––growing in and up. Relatively self-contained neighborhoods with residential, commercial and office buildings close together can encourage walking and cycling and minimize long-distance commuting. When unavoidable, urban spread can maximize the number of people that live along “ride-dense” mass transportation corridors. All of these issues reflect complex issues of city planning.

In warmer countries, building design and retrofits can avoid the use of air conditioning, an important source of CFCs and HCFCs, which destroy stratospheric ozone and are potent greenhouse gases. They can revive traditional architecture that makes occupants comfortable in hot weather by controlling natural airflow. Revised appliance standards and building codes can eliminate the “split incentives” facing builders and landlords who cannot pass on the initial costs of improved energy efficiency to prospective buyers and tenants. Again, a big policy agenda.

Transportation accounts for about a quarter of final energy consumption worldwide. Vehicle manufacturers are already increasing the energy efficiency of engines, adapting gasoline and diesel engines to biofuels, and are developing improved batteries and fuel cells for hybrid and electric cars. Here, major mitigation objectives are to convert short-distance trips from airplanes to railroads, to expand public transportation, to reduce fuel-consuming traffic congestion, to encourage walking, cycling, and ride sharing, and to replace as many gasoline-fueled automobiles as possible with cars powered by electricity. (Electric motors are more energy efficient and less CO2-emitting than internal combustion engines, especially if run on electricity from renewable sources.) Ships can save energy by moving at slightly slower speeds. All of these require changes in policy.

Each of these opportunities for electrification and energy conservation, then, requires policies and incentives to overcome specific obstacles to their adoption, in addition to technological innovations guided by policies that turn carbon dioxide emission into a business cost. We should not shy away from discussing the full scope of the economic, political and institutional implications of the many measures needed to mitigate climate change.

Feature image by Lorie Shaull on Flickr (CC BY 2.0)

Charles Weiss is Distinguished Professor Emeritus at the Walsh School of Foreign Service at Georgetown University, where he directed the Program in Science, Technology, and International Affairs. He has a BA, summa cum laude, and a PhD in chemical physics and biochemistry, both from Harvard University. Weiss was the first Science and Technology Advisor to the World Bank. He is a Fellow of the American Association for the Advancement of Science and a Member of the Council on Foreign Relations. He has taught at Princeton University, the Johns Hopkins School of Advanced International Studies, the University of Pennsylvania, the University of Sao Paulo, Xing Hua University, and the Foreign Service Institute of the U.S. State Department. Weiss has also advised governments and lectured in more than two dozen countries. He is coeditor of Technology, Finance, and Development and Mobilizing Technology for Development, and he is co-author of Technological Innovation in Legacy Sector and Structuring an Energy Technology Revolution.