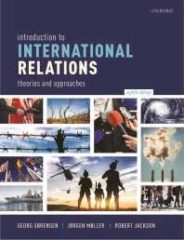 It is Wednesday morning, my wife and kids have left for work and school and I am sitting in my home office, which has a beautiful view of the Gudenå river valley. I have the whole day to myself, no teaching, no meetings, no administrative drudgery. I am currently working on three books and it is one of those bright mornings that are perfect for writing. What’s not to like?

A lot as it turns out. It was the same yesterday and the day before that. I can hardly remember what my office at Aarhus University is like. COVID-19 has gotten in the way of my going there. I am unsure what precisely is getting on my nerves. Is it the peace and quiet, the freedom to finally concentrate on my work? If so, it is very unflattering and slightly disconcerting.

Maybe it is the sensation that the world is unravelling around me while I am doing nothing? Adding insult to injury, two of the books I am working on concern European state-formation in the period AD 1000-1800. So, here I am fiddling while Rome burns, buried in a long gone past, which most people will find to be of antiquarian interest only. However, the third manuscript on my desk means that I am unable to keep the world fully at bay. It is the eighth edition of an International Relations textbook, co-authored with my friend and colleague Georg Sørensen.

When I studied International Relations (IR) more than twenty years ago, we read what must have been the first edition of this book. To be honest, I don’t remember what I thought of it back then. But when Georg asked me to join the team in 2016—which then also included the late Canadian political scientist Robert Jackson—I was thrilled; this being the kind of work that forces one to stay updated with current international affairs, a remedy against the siren song of history.

We have given the new edition a major overhaul, restructuring the book to put more emphasis on how theory meets the real world, bringing in a lot of new material. For instance, we have added a section on climate change as well as an entirely new chapter on whether chaos or order is brewing in the world.

Anthropocentric (human-made) climate change is not a new thing; it is a product of the greenhouse gasses that have been released into the atmosphere by humans since the beginning of the Industrial Revolution. The evidence that temperatures have been rising since the 1880s—with an upswing in recent decades—is today undisputed, and there is a scientific consensus that this warming is mainly due to human activities in the form of large-scale emissions of particular carbon dioxide.

“Global warming is accelerating and… this has led some IR scholars to proclaim that the climate has emerged as a third major issue area of global politics, alongside security and economics.”

But global warming is accelerating, and it is increasingly causing instability, especially in poor countries. This is likely to worsen drastically as temperatures rise further. As Bill McGuire chillingly put it sixteen years ago in the first edition of his book Global Catastrophes, “The struggle for food and water will lead to economic migration on a biblical scale, dwarfing anything seen today, bringing instability and conflict to many parts of the world.”

This has led some IR scholars to proclaim that the climate has emerged as a third major issue area of global politics, alongside security and economics. Others go even further. A new body of “green theory” has been developed, which urges us to put nature and long-term ecological interests before people and short-term human interests.

Present levels of anthropocentric global warming are mainly a consequence of emissions in the Global North since industrialization. But the negative effects are mainly felt by countries in the Global South. Add to this that any adequate response to climate change will have to limit emissions not just inside, but also outside of the Global North. China is today the biggest emitter, and other middle-income countries, such as Brazil, are also among big emitters. So, an adequate response that reverses or significantly slows down global warming requires a grand global bargain, which commits all countries and distributes the costs of cutting emissions in a fair or at least tolerable way.

In the eighth edition of our textbook, we use IR theories to discuss the prospects for such an effective international reaction. Our new section lays out the need for an ambitious global agreement but also discusses the obstacles, including the difficulty of free-riding, international cooperation in the shadow of anarchy, and the fact that interests do not necessarily align (for instance, between net oil producers and net oil importers). We note that there have been prior successes—the stellar example is the robust international response to the depletion of the ozone layer that began in the 1980s—and that emissions have in fact been cut in some places, including the EU-countries. It is also clear that political actors around the globe are dawning to the terrible consequences of climate change, and that civil society groups and scientific communities are denouncing inaction.

There is thus plenty of push for radical change, and there are many examples of vigorous international cooperation to mitigate environmental problems that cross borders. But the challenges facing an effective international response are also formidable. The fact remains that “any global agreement will have to be chiseled out in the context of states with different interests and power.” There is a big risk that the difficulty of cooperation under anarchy will mean that responses keep being delayed and inadequate. Here, too, we might be fiddling while Rome burns.

“There is plenty of push for radical change… [but] any global agreement will have to be chiseled out in the context of states with different interests and power.”

It would not be the first time that humanity faces environmental catastrophe. Evidence is mounting that earlier climatic changes have had harmful effects on human societies. For instance, a volcanic eruption on Sumatra 74,000 years ago seems to have caused a volcanic winter that “may have come within a hair’s breadth of making the human race extinct.” DNA evidence indicates a form of bottleneck effect occurring around this time as only a few thousand humans—perhaps confined to a certain area in Africa—seem to have survived to spread their genes. Closer to our own time, there is some evidence that a short spell of cold and aridity 4,200 years ago caused the collapse of a number of classical civilizations across large parts of Eurasia, including most famously the disappearance of the Indus Valley Civilization in India. Recently, much has been written about the catastrophic year AD 536, which arguably left an echo in the old Scandinavian notion of the “Fimbulwinter,” three successive winters that precedes the end of the world, as well as the Little Ice Age that began around AD 1300 and made life tough for human communities on both sides of the Atlantic. Climate change is thus not a new thing for humanity. But this time we will not be sleepwalking into an environmental catastrophe not of our own making; we will enter this terrain knowingly and knowing that we could have changed course. That prospect is quite disheartening, but the fact that we are in the know is of course also what makes effective responses possible.

As if all of this were not bad enough, the acceleration of climate change is taking place in a global situation that is fraught with challenges and risks in many other respects. Nondemocratic countries such as Russia and China are challenging the international order built by western democracies after 1945 and 1989; the main sponsor of this order, the US, is looking inward, and has been in thrall to a populist demagogue for four wild years. Popular dissatisfaction with liberal democracy is growing in many other places, probably in parts a result of the way globalization has produced winners and losers across the industrialized heartlands. Migration and artificial intelligence are adding new and alarming challenges, which require ambitious international responses, today rather than tomorrow.

“We often forget just how much has changed for the better in the last 75 years and that international relations—warts and all—is no longer the jungle it used to be.”

So, things are certainly not looking rosy out there. For the new edition of Introduction to International Relations we have written a new chapter on the big question: “World Order or World Chaos?” The chapter singles out a number of forces that are tearing international cooperation apart. But we still come down on the side of order, at least in a long-term historical perspective. Those who only look at the troubles of the world based on a snapshot often overlook how much international relations have improved since 1945. Today’s international order is much stronger than anything we find back in time and it is a very far cry from the “thin” order, centred on state sovereignty, that existed prior to the Second World War. We often forget just how much has changed for the better in the last 75 years and that international relations—warts and all—is no longer the jungle it used to be. This is also the main reason that there is room for some optimism with respect to climate change: in many areas, we today have robust international cooperation of the kind that seemed inconceivable just a couple of generations ago.

We wrote the first draft of the chaos or order chapter during the first COVID-19 lockdown in spring 2020 and therefore had to decide whether to write about a scenario with a second Trump administration or a new Biden administration. We chose the latter, and as the US presidential election on 3 November 2020 approached, this created one of those personal embarrassments: I had to keep telling myself that if Donald Trump won, the least of my worries would be the need to redraft the chapter. Well, it turned out we didn’t have to—and the world should be a saner place as well, even if there are still plenty of problems left.

So, lots of interesting stuff to work on. Only a pity that I have too much time on my hands. My wife and children are back home, proof that the world still exists outside of my hideaway and that I have managed to fritter away an entire working day by writing about the things I should be writing about. This is what self-isolation does to you, I guess. In the new chapter on world order, we quote Dickens: it is the best of times and the worst of times…

Jørgen Møller is Professor of Political Science at the University of Aarhus, Denmark.

What can history tell us about the future of international relations?