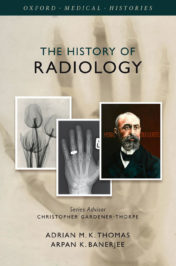 The History of Radiology

Doctors have appeared in fiction throughout history. From Dr Faustus, written in the sixteenth century, to more recent film adaptations in the twentieth and twenty-first centuries, the familiarity of these characters will be profitably read and watched by both experienced and future doctors who want to reflect on the human condition often so ably described by the established men and women of letters. Here, I have selected five famous doctors in literature who each exemplify a step in the progress from superstition to scientific interest to the high technology depictions of medical professionals that we are familiar with today.

The famous Dr Faustus by Christopher Marlowe was written at the end of the sixteenth century. Dr Faustus was a dramatization of the Faust legend about a man with prodigious learning in all spheres of knowledge (including medicine and a belief in immortality) who, due to his hubris and pact with the devil Mephistopheles, undergoes his own tragic demise and achieves little of what he set out to do. The themes of sin, redemption, and superstition have been the subject of much debate in the subsequent centuries and is perhaps a reminder to us all that we are not omnipotent. This was a time when superstition and religious beliefs played a large part in the healing process with medicine in a primitive state of development compared to today with little scientific credentials. Spiritual healers were the norm. Bloodletting was a common treatment for many ailments and physicians had few effective medicines at their disposal, often using potions with lead or mercury which today we know are harmful. Surgery was primitive with no anaesthesia or antisepsis measures and primarily confined to amputations.

Madame Bovary by Gustave Flaubert, published in 1856, introduces us to the mediocre Dr Charles Bovary, an average, struggling country doctor in France and the husband of Emma, who wants a more ambitious man of higher standing. She ends up having an affair with Rodolphe Boulanger, a local wealthy philanderer. The book was praised by Henry James amongst others as the perfect work of fiction and has been filmed several times with a notable 1991 version directed by Claude Chabrol, the famous French film director. The nineteenth-century era was one of the affable gentleman physician, with still little in his armamentarium against disease. Medicine in big cities was often more lucrative than in the provinces and was more likely to be of cutting edge especially in the teaching hospitals. Several advances in this century include Laennec and the invention of the stethoscope, the development of anaesthetics and blood transfusions. Infectious diseases such as smallpox and tuberculosis were common.

In Middlemarch, published in the UK in 1871 and set in the Midlands, George Elliott introduces us to Dr Tertius Lydgate, the new doctor in town with new ideas about medical health. Dr Lydgate promoted prescribing based on scientific evidence at a time when doctors were still poorly regulated and probably did more harm than good with their treatments. Nevertheless, the late Victorian era would have seen advances in anaesthesia, improved infection rates following surgery—thanks to Joseph Lister, a pioneer in antiseptic surgery—and the beginnings of specialization in medicine with the opening of specialist and teaching hospitals.

In 1937, A. J. Cronin published The Citadel, a semi-autobiographical novel about the protagonist Dr Andrew Manson who comes to work in a mining community in Wales and is almost crushed by the powers that be for his idealism and ethics. He is forced to resign rather than work unethically and is unfairly referred to the regulators General Medical Council. It is said that the book helped promote the principles of the UK’s National Health Service (NHS) which was founded in 1948. By now, thanks to Willhelm Röntgen’s discovery of x-rays in 1895, radiology was a part of the doctor’s armamentarium and mass screening for tuberculosis using chest x-rays was common, although there was still no drug cure for this condition. This only became available in the 1950s.

I finally turn to the famous work by the French writer Albert Camus, The Plague, which was published in 1947. It has become popular reading in the current COVID-19 pandemic. The character Dr Bernard Rieux treats the first plague victim in town and warns the leaders to take action to prevent spread of the disease. The progress of the plague hitting the town is described and it is not surprising that the novel has proven of great interest to all of us today in current times. It is interesting to remember that the book was meant to be an allegory and was referring to French resistance to the Nazi invasion of France during WW2 (the so-called plague). Camus was awarded the Nobel prize in Literature in 1957. The story was filmed in 1992. Plus ca change mais c’est la meme chose!

Dr Arpan K. Banerjee qualified in medicine at St Thomas’s Hospital Medical School in London, UK and trained in Radiology at Westminster Hospital and Guys and St Thomas’s Hospital and worked as a consultant radiologist in Birmingham. From 2012 -2017 he was Chairman of the British Society for the History of Radiology of which he is a founder member and current council member and trustee. From 2012-2016 he was on the scientific programme committee of the Royal College of Radiologists, London. He is Treasurer of the International Society of the History of Radiology (ISHRAD) and adviser to Radiopaedia. His research interests included imaging aspects of infectious diseases.  He is the author/co-author of numerous papers and seven books including the recent The History of Radiology (OUP, 2013). He has previously written for the OUP blog, including ‘10 medically-trained authors whose books all doctors should read’ and ‘11 films all aspiring medics need to see’.