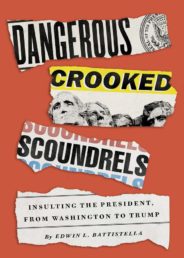 Everyone of a certain age remembers the FANBOYS of Conjunction Junction fame: for, and, nor, but, or, yet and so.  In the lyrics of the 1973 song, we mostly hear about and, but and or with a brief mention of or’s pessimistic cousin nor.  A conjunction’s function is to “hook up words and phrase and clauses” and many of the examples are pretty simple: “Milk and honey, bread and butter, peas and rice, … Losing your shoe and a button or two.”

Over time, writers learn the connections between punctuation and the FANBOYS.  We are told to use a comma before FANBOYS conjunctions when they separate clauses but not when they are separate phrases:  Milk has a lot of calcium, and honey is a natural sweetener (with a comma), as opposed to This is the land of milk and honey (with no comma). But the status of the FANBOYS as a coherent word class quickly breaks down once you notice how some of them are actually used.

The words yet, for, and so are rather marginal conjunctions and mostly serve other functions.  Yet is usually at work as an adverb, meaning “in addition” (yet another), “still” (yet higher rates), and with various shades of time (as yet, have yet to, Are we there yet?).

As a conjunction between clauses or sentences, the semantics of yet are a bit like but or however, indicating a contrast. What’s more, yet can hook up with and, as in this example:

I studied that problem for years, and yet I never came close to the right solution.

For is an even more flexible word. As a preposition, its meaning includes doing something on someone’s behalf (building a deck for them), specifying rewards or deserts (receive an award for work, punishment for misdeeds), indicating support or advocacy (I’m for Roosevelt) or designating an amount (a bill for $100).   As a conjunction, for has a meaning which overlaps with subordinating because, though it is more formal in register. But unlike because, for only occurs after another clause. Consider this 1883 example from the Oxford English Dictionary:

This is no party question, for it touches us not as Liberals or Conservatives, but as citizens.

The for clause cannot be moved to the front, though with because, either order of clauses is possible. And while all of the other FANBOYS are able to begin sentences, the conjunction for is quite rare in that position.

Perhaps the messiest and most complex of the not-quite-conjunctions is so. The word has about forty different subentries in the Oxford English Dictionary, many of them thankfully obsolete.  Adverbial uses predominate, often connecting so with a following adjective and noun clause:

An idea so preposterous that it might actually work.

So occurs as an adjective, as in That’s not so, and it has a full range of elliptical uses, where it refers to some previous mentioned wording: to do so, say so, think so, and so on.  More recently so has added a function as an adverb before not:

She is so not coming.

Sentence-initial so goes way back, as in this example from Jonathan Swift’s Journal to Stella:

So you have got into Presto’s lodgings; very fine, truly!

As an interjection or introductory word, so indicates new awareness, surprise or derision, and is often –and increasingly—used to signal a topic or topic shift:

So we analyzed the data and found ….

So make a guess.

As a subordinating conjunction, so has the meaning in order to (=so that) and the so-clause can occur either before or after the main clause.

So Luella could have piano lessons, her mom worked two jobs.

Her mom worked two jobs, so Luella could have piano lessons.

Used as a coordinating conjunction, so has the sense of therefore and the clause order cannot be reversed.

I couldn’t hear a thing, so we had to leave at intermission.

The food was terrible, so we gave the place a bad review.

And so it goes. True conjunctions like and, or/nor, and but behave rather differently than the shifty words yet, for, and so. The FANBOYS acronym, which only dates from about the mid-twentieth century, misleads us into thinking that all these words will behave the same.  But they are very different.

So as far as the FANBOYS are concerned, I’m not a fan.

Edwin L. Battistella teaches linguistics and writing at Southern Oregon University in Ashland, where he has served as a dean and as interim provost. His books include Bad Language: Are Some Words Better than Others?, Sorry About That: The Language of Public Apology, and Dangerous Crooked Scoundrels: Insulting the President, from Washington to Trump.

Everyone and their dog

A year of listening to books