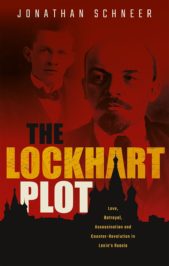 The distinguished biographer, Ben Pimlott, used to say that historians should try to write like novelists. To my knowledge, he never developed the thought, but what he meant was clear. While the historical monograph may make a significant contribution to knowledge, too often it is boring to read. He wanted us to deploy the skills of the writer of fiction, in addition to the tools of the scholar. We should never sacrifice depth of research — but still, we should try to write books people enjoy reading. I’ve been thinking a lot about Ben’s advice lately because I, too, hope to write books people like to read.

Ben wanted us to write descriptively as well as analytically. Take a debate in the House of Commons (as he often did). We should quote it, of course, but also, we should set the scene. We should depict the room, the benches, the men and women sitting on them, or lounging, or standing in the gangways. We should describe the atmosphere.

We should always bring out antagonism and drama if it was present. What was the response to the speech? If there were interruptions, if there was heckling, we should quote that too. If possible, we should pit one speaker against another.

Ben thought we should emphasize character and character development. The reader will want to know not only what a speaker said in that debate, but how saying it was a culmination for him or her, or a betrayal, a personal triumph or a defeat. We should show when a character demonstrates strength or weakness. And, if s/he smiles, or laughs, or cries, we should say so. The reader wants to know what a person was like. But we should never write that a character smiled or laughed if we do not have evidence for it. We should never, ever, make up dialogue. We should never say what someone was thinking – unless we have proof of what they were thinking.

We should comb our sources for the telling detail. We should learn to juxtapose one source against another: it is amazing how Source A may give the lie to Source B, and it is fun to read when it does. In one of my books the protagonist wrote a touching, sensitive letter to his wife when he learned she had just endured a miscarriage. Two days later he wrote in his diary about meeting his lover: “the sun was shining in her hair,” or words to that effect. Quote sources. Show, don’t tell. Reveal character. I am channeling Ben.

As a novelist sometimes stands back, so should we occasionally step outside our narrative in order to summarize where we have gotten to, what the historical documents allow us to reasonably believe, what are the stakes for all our protagonists at a certain juncture, and their hesitations, fears, ambitions, etc. The reader will be grateful.

The structure of the book is important too. Our chapters must build towards a conclusion. Moreover, one chapter must lead naturally into the next. If the material allows, the paragraphs inside the chapter should lead gracefully to a cliffhanger ending.

We must pay attention to how sentences inside those paragraphs read. Usually, I do not use the same word or combination of words twice in a single sentence. But sometimes I do, because it establishes a pleasing cadence. This can be true with two sentences in a row as well: combinations of words appearing first in one, and then in the next, can establish a rhythm or pace that is pleasing to the ear. (If you look back you will see that I have followed my own advice in this little essay.)

Historians have plenty to do as it is: primary research; secondary research; background research; organization of material. Eventually we have to sit down and write a manuscript. When we do so, we aim to make a significant contribution to the relevant literature and to knowledge more generally. But also, surely Ben was right: we should try hard to make the manuscript a pleasure to read.

Jonathan Schneer has written seven previous books, one of which, The Balfour Declaration: The Origins of Arab-Israeli Conflict, (2010), won a National Jewish Book Award. His books and articles have been translated into German, French, Turkish, and Chinese. Now an emeritus professor, he divides his time between Atlanta, Georgia, and Williamstown, Massachusetts.