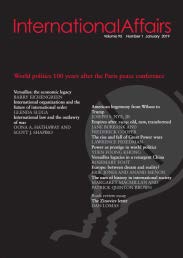 In January 2020, the world became aware of a novel coronavirus spreading beyond the borders of China. We saw bare supermarket shelves, hastily taped Xs on pavements outside shops, empty streets and parks juxtaposed against overrun emergency wards, the bruised and exhausted faces of healthcare workers and makeshift hospitals and burial grounds amidst what once were bustling cities. While these images conveyed anxiety about what was happening and yet to come, viral social media images of people flocking in the thousands to Sydney and Florida beaches provoked anger and frustration at those who flouted lockdown restrictions.

The attention given to images of COVID-19 illustrates the political power of images. Images mediate our engagement with the world. We live visually saturated lives; these visuals can represent reality and condition how we come to understand events.

Even more so, what COVID-19 images illuminate how what we see is often imbued with violence. Whether spectacular or mundane, horrific or alluring, inflicted physically on bodies or enacted through policy and practice. We are attuned to noticing violence when it is physical and graphic, yet we frequently fail to notice the ways that everyday encounters with violence visually appear in our daily lives. Whether we notice them or not, the impacts of such moments resonate politically and can play a role in policy development. Yet limited attention has been explicitly paid to the connections between visuality, violence, and policymaking in global politics.

Take for instance how structural violence is visualised: how we see development practices normalises unequal power relations, which further depoliticises relations of politics and power. For example, media images depicting China-Africa relations often reproduce dominant discourses of development. Yet these same images make invisible to the viewer some of the underlying forms of violence sustaining development planning.

Furthermore, tropes of masculinity and femininity frame the ways in which violence is understood as alluring or pleasurable. Videos produced by Islamic State depicting life in the Caliphate produce particular visions of gender, which underpin its recruitment of young men and women in the West. Imagining and seeing violence can work in similar affective ways. Audiences viewing Islamic State videos may experience pleasure from identifying with and imagining themselves as part of a hypermasculine world shaped through transgressive violence. Even more so, the gendered aesthetic of these Islamic State videos interacts with their gendered spectatorship. Such sites reveal the importance of paying attention to the gendered implications of violence and visuality.

Popular culture provides an important vector through which violence can be embodied by the viewer. Those who watch horror films may imagine themselves in the position of the victim, to experience the human consequences of extreme violence. How the aural and visual are co-constituted in these films underpin the powerful affective impacts of visualising horrific violence. Yet this is not unique to horror films; similar intersections of images and sound in war music videos, created by fighters or militia organisations and circulated widely across social media platforms, frame viewers’ understanding of what war is.

Contemporary technology amplifies and extends the impacts of images of violence. The greater accessibility and instantaneity of images of violence has posed new challenges to leaders and policymakers. From the November 2015 Paris attacks to the Christchurch mosque massacre, the viral sharing of images of horrific violence has shaped how governments respond to acts of terror. Social media has also played a key role in disseminating photos of the consequences of violence in Syria’s protracted conflict in recent years. Images of injured or dead children have had a particular impact on foreign policy decision making by world leaders, including US President Trump. While it is often assumed such images will prompt empathetic, humanitarian responses, less examined but they can also provoke more bellicose foreign policy reactions. Social media posts thus facilitate not only the widespread sharing of images, but the collective resonances of emotive reactions such as fear, empathy, and anger.

The visuality of violence extends from the embodied experience of violence to the collective making of meaning and the exercise of power. Violent images permeate and shape the daily lives of us all. Their influence is intimately entwined with our affective responses. Policymakers are regularly confronted with images of violence that shape how the public understands and responds to complex political and social realities. Visuals represent reality and condition our reactions to it; paying close attention to the visual constitution of world politics can expand our field of view and make us more aware of the manifold forms and effects of violence.

Helen Berents is Senior Lecturer in the Faculty of Law at Queensland University of Technology.

Constance Duncombe is Lecturer in International Relations at Monash University. Together they guest-edited a section in the May 2020 issue of International Affairs on ‘Violence and visuality in world politics’.

How will wars be fought in the future?