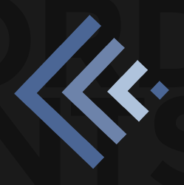 Oxford University Press is proud to develop and support innovative learning experiences for today’s students. Uncovering History is a collection of three digital units for World, Western, and U.S. History that provide tools History instructors can use to teach historical thinking skills.

These days, we often hear of a crisis in the discipline of history.  It’s not a crisis of research.  To be sure, there are debates and disputes over new methodologies, theoretical frames, the price and speed of publication, and even the relative value of publishing in public, digital, and traditional media.  There is also the ever-present absence of funding.  These are long-standing, ongoing issues, but they are not the crisis at the forefront of the discipline.

Instead, the current crisis is in the teaching of history.  In two seemingly contradictory (but actually complementary) trends, student enrollment and interest is falling while oversight from administrative and even legislative bodies climbs.  Across the United States, and in many other countries, fewer history courses are offered and required at the college level.  Where students have the choice at the high school level, interest levels are falling as well. At the same time, however, both local administrations and state governments are seeking increasing oversight as to what is taught in those courses.

There are many contributing causes to this crisis.  It may be partly a result of changing student demand in an era of hard-nosed pragmatism, a societal turn away from the Humanities and towards STEM, or the struggles of departments to respond to shifting student demographics and skills.   It may result in part from inattention to social studies in primary schools (in favor of reading and arithmetic) and a lack of direction at the high school level.  Or, we might muse, it may be a consequence of some failure within the discipline to make our case – to students and parents as well as society at large – for the significance of thinking like a historian and studying the past.  Whatever the causes, these changes derogate from historians’ capacity to provide our unique contributions to American society.

But while threatening, crises can also be highly generative, and the current situation is no exception.  There is evidence that across the country, individual historians and collaborative projects are generating new models and approaches for the teaching of History.  Designed around core competencies, and, in many cases focused on an enquiry model, these projects vary in approach but seek to make use of advances and findings from cognitive sciences as well as the adoption of computer and web-based technologies.

Two long-standing projects – Stanford History Education Group’s Reading Like a Historian and World History For Us All – have been joined by a number of newer collaborative projects.  UC Berkeley’s online world history cohort has brought together eight community college instructors to build two exemplary online introductory courses.  Washington State University’s Roots of Contemporary Issues courses promote a skills-based focus on usable history. History for the 21st Century is a funded project aimed at supporting the development of open access, educative curriculum for introductory courses. Faculty at Framingham State University have collaborated to develop a modular system introducing vital historical thinking and writing skills.    There are other examples.  Most are based in individual institutions or the product of small groups of collaborating faculty, but the American Historical Association has assumed a leadership stance with its History Gateways project, aimed at stimulating conversation about curriculum and pedagogy in first-year college courses. Similarly, Gates Ventures has invested deeply in OER world history courses for the High School level.

Of course curricular and pedagogical experimentation has happened before in our discipline.  Bob Bain, professor of educational studies and history at the University of Michigan, has tracked the history of these kinds of efforts to reform education from the 1883 work of G. Stanley Hall through the Amherst Project of the 1960s, which aimed to produce modules for high school history courses complete with everything a teacher would need. Although it is difficult to measure precisely, in Bain’s evaluation these projects seem in general to have had little lasting impact.

Things seem different this time.  The crisis in teaching translates directly into economic facts that cannot be ignored, as evidenced by a decline in both the number of students enrolled in history courses and the number of history majors, a situation which is aggravated by curricular interference from administrators and state legislators.  Many departments are seeking ways to remedy these issues instead of simply being victimized by them. Again, this is not the first time such efforts have been tried.   But today, the wide availability of new digital technologies makes possible widespread collaboration in the production of new materials, simplifies their discovery and sharing by instructors, and could possibly revolutionize the practice of teaching as well. People can build, test, and share material rapidly.  This was not the case in 1883 or the 1960s.

Yet to be really effective and to scale such efforts dramatically, historians need to do more work outside the classroom as well.  We need to be more introspective and consequential about the results of our teaching—we need to assess new projects for efficacy and make the findings made public to contribute directly to even better approaches built on that learning.  Academics need to pay more attention to lessons we can learn from teachers, in particular those in secondary education.  At the same time, universities – including major research universities – need to truly deliver on their promises to emphasize teaching, including making changes to systems of reward such as tenure for individuals and the awarding of lines or positions for departments.

Whether or not such changes will solve the current crisis in history education is unclear, but even if they do not drive enrollments, they should be embraced. If we’re not to be teaching more, we can at least teach better.

Trevor Getz is Professor of African and World History at San Francisco State University. He has authored or co-authored twelve books on African and world history, including Abina and the Important Men, which won the American Historical Association’s James Harvey Robinson Prize (Second Edition, OUP) and is an editor of the Journal of West African History. He is passionate about history education, and leads the History for the 21st Century project as well as consulting for the New York Board of Education. He has recently been awarded the 2019 Eugene Asher Distinguished Teaching Award by the American Historical Association.