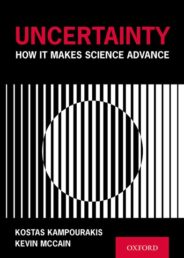 Uncertainty: How It Makes Science Advance

Recently, I went to a top oral surgeon at a university hospital to have a fairly routine procedure. While I was being prepped for surgery the attending nurse took me through the usual battery of questions: Are you on any medications? Who is your emergency contact? Will you accept blood if necessary? And so on. This time, however, I was asked a question that surprised me: Have you, or anyone you have been in contact with, had the measles or symptoms of the measles? The question stood out to me because I have not been asked this sort of question in the past 20 years. Why has this been added to the barrage of pre-treatment questions?

The Centers for Disease Control and Prevention reports that over 1200 individual cases of measles have been confirmed in the US as of 15 August 2019. That is just for 2019! This is particularly shocking given that measles was declared eliminated in the US just under twenty years ago in 2000. How in the world can an eliminated illness come back with more and more cases each year? (There have already been almost four times as many cases of measles in 2019 as there were in 2018.) The answer seems to be because we stop doing what is required to keep measles, and other illnesses for which we have vaccines, from coming back—some people simply are not getting vaccinated. Perhaps unsurprisingly the unvaccinated make up the majority of this year’s cases of measles.

A cynic might be content to conclude that the anti-vaxxers are reaping what they have sown, and that is that. After all, the majority of those who contracted measles were unvaccinated. This stance is problematic for at least a couple reasons though. First, some of those who got the measles were vaccinated. This happens because, unfortunately, no vaccine is 100% effective. The recommended two doses of MMR are about 97% effective for preventing measles. Second, not everyone who is not vaccinated is an anti-vaxxer. For example, the CDC recommended schedule for the MMR vaccine has children receiving their first dose, which is around 93% effective, when they are 12-15 months old and the second dose when they are 4-6 years old. So, children under a year old whose parents follow the CDC’s recommendations are at high risk of contracting measles, if exposed. Hence, while anti-vaxxers are causing the problem, and some are suffering for their actions, they are not the only ones in danger.

What should we do? One obvious answer is that we need everyone – who is not unable for a legitimate medical reason – to get vaccinated. How can we do this though? Forcing anti-vaxxers to receive vaccinations seems to be a serious violation of autonomy. And, while the intention behind a policy of forced vaccinations might be good, such a policy opens doors for paternalism. A better option involves education. It is plausible that at the heart of the anti-vaxx movement there is ignorance. Perhaps in some cases the ignorance is willful, or even culpable, but in other cases it may not be. Regardless, ignorance is a problem. Anti-vaxxers, like many Americans, are woefully undereducated when it comes to uncertainty.

When an anti-vaxxer learns that vaccines are not 100% certain to be effective and not absolutely certain to have no adverse effects (because there are some in very rare cases), they may be apt to think that the science relied upon in developing and distributing such vaccines is lacking. This thinking, of course, involves a number of mistakes. It is a mistake to think that uncertainty implies flawed science. Uncertainty is inherent in all science—it actually makes science advance. Likewise, it is a mistake to think that since there is some slight risk of adverse effects from vaccination that that somehow undermines the much, much higher risk of adverse effects from not vaccinating.

Part of the problem here seems to be, as psychologist Gerd Gigerenzer has said, “our educational system has an amazing blind spot concerning risk literacy. We teach our children the mathematics of certainty — geometry and trigonometry — but not the mathematics of uncertainty, statistical thinking.” We fail to teach the sort of skills that are necessary for truly understanding and dealing with uncertainty. Perhaps with more training in the nature of uncertainty and how to make decisions when faced with it, we can work toward removing the ignorance that threatens us with epidemics of illnesses that should have stayed eliminated.