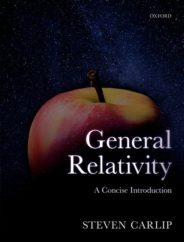 The confirmation of Albert Einstein’s new general theory of relativity on the 29th of May 1919 made headlines around the world. Arthur Stanley Eddington‘s measurement of the gravitational deflection of starlight by the Sun was a triumph of experimental and theoretical physics. Scientists are good at celebrating triumphs. Sometimes we’re a little too good – students can be left thinking that one crucial experiment is all it takes to make or break a theory. So it’s worth using this anniversary as an occasion to reflect on how science advances.

If you want to measure the deflection of starlight by the Sun, you can’t do it at night: the Sun is in the wrong place. You can’t do it in the daytime, either: you can’t see the stars. To perform their measurements, Eddington and his successors had to wait for an eclipse to block out the sunlight, letting them see images of stars close to the edge of the Sun.

But solar eclipses are, however, inconvenient. They don’t come when or where you’d like. An early mission, meant to measure the effect during an eclipse in the Crimea, ended abruptly when German astronomer Erwin Finlay Freundlich was interned as an enemy alien at the outbreak of World War I (He was released in a prisoner exchange; his telescope was not). Eddington had to mount expeditions to Principe, off the coast of West Africa, and northern Brazil, where temperature changes deformed a telescope’s mirror. More than fifty years later, the Texas-Mauritania eclipse expedition had its views obstructed by a dust storm. Even decades after Eddington’s first observations, the accuracy had not hugely improved. The measurements clearly favored general relativity over Newtonian gravity, but with errors of around 10%, they left a lot of wiggle room for alternative theories.

Then came radio astronomy. You can detect the radio waves from a quasar in broad daylight, with no need to wait for an eclipse. Radio measurements come with their own problems: a radio wave passing too close to the Sun will be refracted by the solar atmosphere. But this effect is well understood, and it varies with frequency, so it can be subtracted off by measuring at several different frequencies. The first radio measurements were already better than Eddington’s. With the advent of Very Long Baseline Interferometry, which combines signals of many widely separated radio telescopes, the accuracy has improved a thousandfold.

Nowadays, many of the best measurements of the bending of light are actually incidental results of other experiments. Geophysicists routinely use the interferometry technique to monitor the Earth’s orientation, crustal dynamics, and the like; more than seven million of those observations have been combined into a test of Einstein’s predictions of light-bending. The Hipparcos satellite was designed to use parallax to determine the distances to stars, but it also measures the defection of light; an analysis of 87,000 stars has given an answer almost as precise as the results found using Very Long Baseline Interferometry. Hipparcos’s successor, the GAIA mission, will do even better.

It’s sometimes said that a phenomenon is truly established when it passes from being a test to being a tool. The gravitational defection of light has made this passage. Eddington used the known mass of the Sun, plus Einstein’s equations, to predict the defection. Astronomers today use the observed deflection – gravitational lensing – to infer the distribution of mass, allowing a direct measurement of the otherwise invisible dark matter that pervades the universe. In a few years, the Large Synoptic Survey Telescope and similar observatories will use these techniques to give us unprecedented three-dimensional maps of the mass of the Universe.

But there is still room for surprises.  The Event Horizon Telescope has just shown us the first direct image of a black hole, silhouetted against light that was bent into a ring by the enormous gravitational field.  Better images are coming, and while it may not be very likely, the deflection of light could yet show that black holes are very different from how we currently perceive them.

Eddington’s triumph lives on, in ways he could not have imagined.

Steven Carlip is a professor in the department of physics at University of California at Davis. His main research focus is quantum gravity, but he has also worked on classical general relativity, quantum field theory, and the interface between physics and topology. He is the author of General Relativity: A Concise Introduction (OUP, 2019).